Police received a phone call at 6:30 a.m. Monday from a woman who said three unidentified people broke into the house, struck her husband and another woman, tied them up in an upper story, and made off with the safes, RIA-Novosti reported, citing police.

Volochkova, who was not home at the time, confirmed the robbery in a Twitter message.

"Oh, my God. There's so much anger in you … People … Tend to your souls. Yes. My house was robbed. But my spirit cannot be robbed. It's too RICH!" she wrote.

The LifeNews.ru tabloid reported that Volochkova's 7-year-old daughter, Ariadna, was in her room when the three robbers broke in at about 2 a.m., tied up her nanny, housekeeper, and driver, and rooted through the house for valuables. 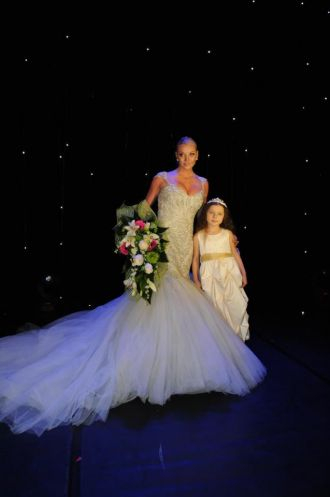 Additional information about the stolen goods, including their value, was not immediately available.

A criminal investigation into the incident has been opened, Interfax reported, citing the police. If caught and convicted of committing robbery as a group, the thieves face up to 12 years in prison.

Volochkova is a former prima ballerina at the troubled Bolshoi Theater who was famously sacked in 2003 for being "fat." She has rarely strayed far from the tabloid headlines since then.

In recent years, she has waged public spats with other celebrities and the ruling United Russia party, staged an abortive run for the mayorship of Sochi, and posted nude photographs of herself online, in addition to continuing to tour as a solo performer. 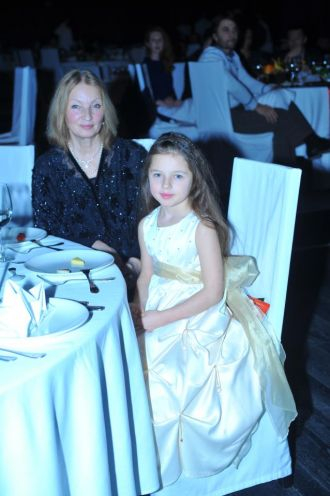 Volochkova tweeted that the robbery shook up Ariadna. (Facebook)

In the wake of a January attack that left the Bolshoi's artistic director with third-degree burns and drew the world's attention to infighting at the historic theater, Volochkova has led the charge against Bolshoi director Anatoly Iksanov, accusing him of mismanagement and causing bad press.

She recently renewed accusations that the Bolshoi administration had pimped out dancers, withholding privileges like foreign trips if they refused to have sex with wealthy patrons. 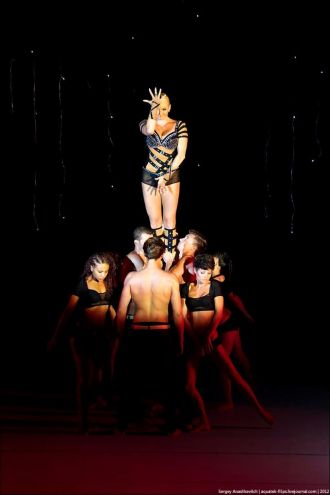 In recent years, Volochkova has waged public spats and posted nude photos of herself. (Facebook)

Oddly enough, Volochkova is the second ballerina with Bolshoi links to see her home robbed this month. Thieves took 500,000 rubles ($16,000) in cash and valuables from ballerina Ellina Bochkareva's apartment on April 17. The ballerina found the door to her apartment open when she returned home that day, and no arrests have been announced in the case.

And in March, unidentified would-be intruders attempted to break into Bolshoi premier Nikolai Tsiskaridze’s Moscow apartment, possibly in connection with an ongoing war of words with the theater’s management, police said.

The talks are a continuation of the dialogue which started last month with the first summit between Putin and Biden.
Central Asian Ally

Navalny rolled out navalny.app after authorities blocked his main website navalny.com because of “banned extremist activity.”