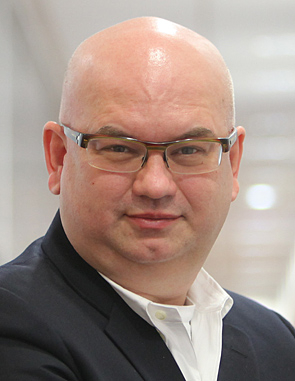 New knowledge regarding investment in human capital is already quite satisfactory in terms of the behavior of the supply and the rates of return to on-the-job training and education. However, we know too little about the factors that have been increasing the demand for these acquired abilities—an important part of economic growth.

Our survey found that labor negotiations took longer, and sellers made greater labor concessions in emerging markets such as Russia, Asia and Africa. Emerging markets often have less mature legal and regulatory regimes regarding the employee impact on a divestment, whereas in regions like Western Europe, the process is mature and highly regulated. Let's have a look at the table and see how much time is typically required to conclude labor negotiations.

When searching for a job, most people take into account the reputation of the employer. That is why the employer's brand is one of the hot topics nowadays not only among HR specialists but also among company executives as well.

The results of labor market surveys show that the staff turnover in companies with a favorable employer's image is about 50% to the turnover in companies without a strong brand. So, where does the employer's strength lie? It lies not only in the mobilization of staff to the company but also in the retention of its most valuable members. It is achieved mainly through intangible motivation. Pursuant to a survey done by a major recruitment agency operating in Russia, among major intangible incentives 52% of respondents have identified the stability and reliability of a company and 30% — the company's reputation.

Money will always be the key issue for many impacted employees, and a strategic communication plan can help in such cases.

Organization changes are often a test both for the management and employees. As a rule, changes are caused either by an evident business need for the operational restructuring of evolved processes or a global reform of the business structure accompanied by either a merger or acquisition. In both cases, the completion of organizational changes will require the maximal loyalty of both the company, as such change initiator, and all its employees.

The realization of any organizational change will have a direct effect on the employer's image, which is formed primarily within the company. It is essential to understand that indicators of the employer's brand are neither fixed nor predetermined — they are subject to continuous fluctuations and depend mainly on the processes taking place within the company. Therefore, an employer will be able to build a favorable image on the labor market only on the basis of strong trustworthy relations between an employee and the company.

Incidentally, money will always be the key issue for many impacted employees, and a strategic communication plan can help them be aware of other possible deal benefits, such as career advancement, job security resulting from a renewed investment in the business or a better work environment. These findings support the conclusion that a stay bonus is only a temporary stopgap measure that does not address the root cause of adverse attrition in a divestment: uncertainty about the future of one's career. A one-time bonus will rarely be persuasive enough to overcome the certainty of a good job offer with an established company. The employee may stay long enough to receive the bonus, but the employee will not necessarily be productive and engaged, particularly since a competitor could offer a better value proposition and more job security.

I would like to conclude by stating that human capital is an important growth factor for many companies. There is also strong evidence that companies that possess and cultivate their human capital outperform others that are lacking human capital.

The head of Chuvashia sparked criticism after video showed him dangling a set of keys to a fire engine above a firefighter, forcing him to jump.

down the totem pole

Two cats have died and another has been injured with frostbite after traveling in the cargo hold during a New York-Moscow flight.