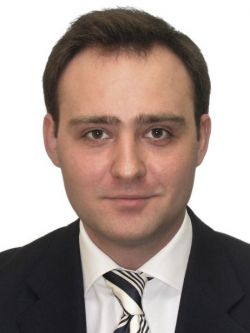 The development of the railway network in Russia has always depended on federal financing and the capability of OAO Russian Railways to build new lines. Recent trends show that raising private financing for rail construction can significantly improve transport and bring additional economic and social dividends both for the regions involved and the country as a whole.

It is clear that private infrastructure owners currently play a minor role in the transportation sector and OAO Russian Railways will remain the dominant rail operator, carrier and infrastructure owner. The recently announced road-map for privatizing the company will not significantly influence the market situation or new line construction. It is believed that most incoming funds will instead be used for the reconstruction of existing infrastructure to eliminate traffic bottlenecks. The expected financial injections will not fully satisfy the existing  demand, which is only increasing, to remedy infrastructure limitations.

Rail is one of the most capital intensive sectors and private investors will only consider new projects if they are structured as public-private partnerships. PPP arrangements can create bankable projects with a clear risk-sharing system. The government is expected to provide capital grant subsidies (in certain cases up to 80 percent of CAPEX) and state guarantees as well as economically viable tariffs to satisfy investors' and lenders' expectations.

Worldwide experience shows that grantors are increasing the number of PPP projects in rail based on an "availability payment" model and tend to limit procurement of projects that require direct "tolling" by a concessionaire. Meanwhile, budgetary constraints remain the major reason for acceptance of "tolling" concessions in railway with provision of a minimal revenue guarantee by the grantor.

A concession scheme offers the most favorable PPP model when compared with other structuring opportunities discussed among sector professionals and experts. The federal government may announce a concession tender for the entire life circle of a railway with the concessionaire's obligations to design, construct, finance, operate and maintain appropriate infrastructure. This approach fits well with projects that involve new construction.

Another advantage of the concession model for rail projects is that it allows private financing to be raised for the reconstruction of existing lines. The federal government is entitled to transfer OAO Russian Railways property to a project (always subject to government resolution and relevant remuneration) should reconstruction of such property be required or specific operational purposes demand it.

The PPP market for rail projects in Russia is not yet fully established, although foreign and local investors, lenders and development banks are in principle committed to participate in rail concessions. Dentons as legal adviser and IB FINIST as financial consultant are currently advising on the project to construct the Belkomur railway line (1,161 kilometers from Arhangelsk to Perm) based on a concession model. Expected CAPEX for the project exceeds $6 billion with proposed state financial support of 30-50 percent.

The new railway is strategically important for Russia, as it will create the shortest route for cargo from the Urals and southern regions to ports in Archangelsk, Murmansk and Northern Europe.

The proposed financial and legal models, as well as the traffic forecast and CAPEX figures, are in principle approved by major stakeholders, including potential foreign partners. It is expected that government approval will be granted to initiate the project based on a concession model. The project will be the first cargo railway concession in Russia.

Putin self-isolates. Cases rising. WHO suspension.
on the blacklist