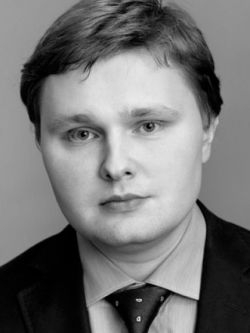 When we talk about legal issues in the automotive business, we often refer to infrastructure projects whereby private investors construct and/or operate a road. Below we will discuss some real life examples of issues that have come to light in the context of several road projects, including the Western High Speed Diameter, toll bridge in Nizhny Novgorod and the Orlovsky tunnel.

Let's begin with the Western High Speed Diameter. This is a real toll-based project to construct a toll road in St. Petersburg, and it also happens to be the largest roads public-private partnership in the world. Formally, the road is privately held as it is owned by a joint stock company (practically, however, the road is in the public domain, since the joint stock company is a 100 percent subsidiary of St. Petersburg).

The project stipulates that the investor will operate the toll road and apply fees toward the toll road users. The fees collected constitute revenue of the operator and go toward the compensation of his expenditures associated with the toll road's construction.

However, the Roads Law provides that only a "holder" of a road can charge users. Interestingly, a private road operator is not qualified as a "holder" under the law. But an owner is. To get around this restriction, the parties to the PPP Agreement agreed that the investor will apply fees acting under an agency vis-a-vis the owner. This, in turn, creates another problem — how to "get rid" of the agent's obligation to transfer receivables to the principal? To resolve the problem the fund due from the agent were made equal to the agent remuneration due from the principal. In balance, there was nothing payable by the investor and  he was therefore able to keep the user fees as originally contemplated.

One issue that could influence the project in Nizhny Novgorod and many other concessions is with recent amendments to the Concessions Law. The law now provides that grantors can contribute to concession projects not only in the form of a capital grant (i.e. financing of a portion of construction costs) but also in the form of availability payments. An availability payment is a quality-based payment used generally for projects that would otherwise not be economically viable (such as road projects in economically depressed regions, for instance). It is in the interest of grantors to reduce their obligation to produce availability payments. This is usually done by allowing investors to charge fees from toll road users and setting off profits  received against the aggregate of availability payments due from grantors. That said, Art. 3(13) of the Concessions Law indicates that a concessionaire receiving availability payments may not charge third parties for using an object of a concession agreement. A literal interpretation of this provision could jeopardize the concessionaire's right to collect fees from users. In our view, however, this provision should not affect concessionaires' right to receive tolls if the fees are charged not for the use of a road but for, say, the right of access to a toll road.

One other important issue is a requirement that an access-free public road leading to the same destination accompany each toll road. Subject to some exceptions, a free road shall not be more than three times longer than a toll road. This provision is often criticized, as it effectively demotivates investors to build roads in areas with no or negligible reach of public roads. There are instances, however, when authorities require the alternative free road even in cities with extensive roads network. This was the case with the WHSD; the road isolated the western regions of St. Petersburg from downtown. To get there and not to cross the WHSD,  a vehicle would need to travel via the City's Ring Road, and the journey would take more than three times as long as it would have if a vehicle had travelled via the WHSD. To address this issue, the WHSD operator granted free access to a section of WHSD to certain vehicles whose users reside in western parts of the city.