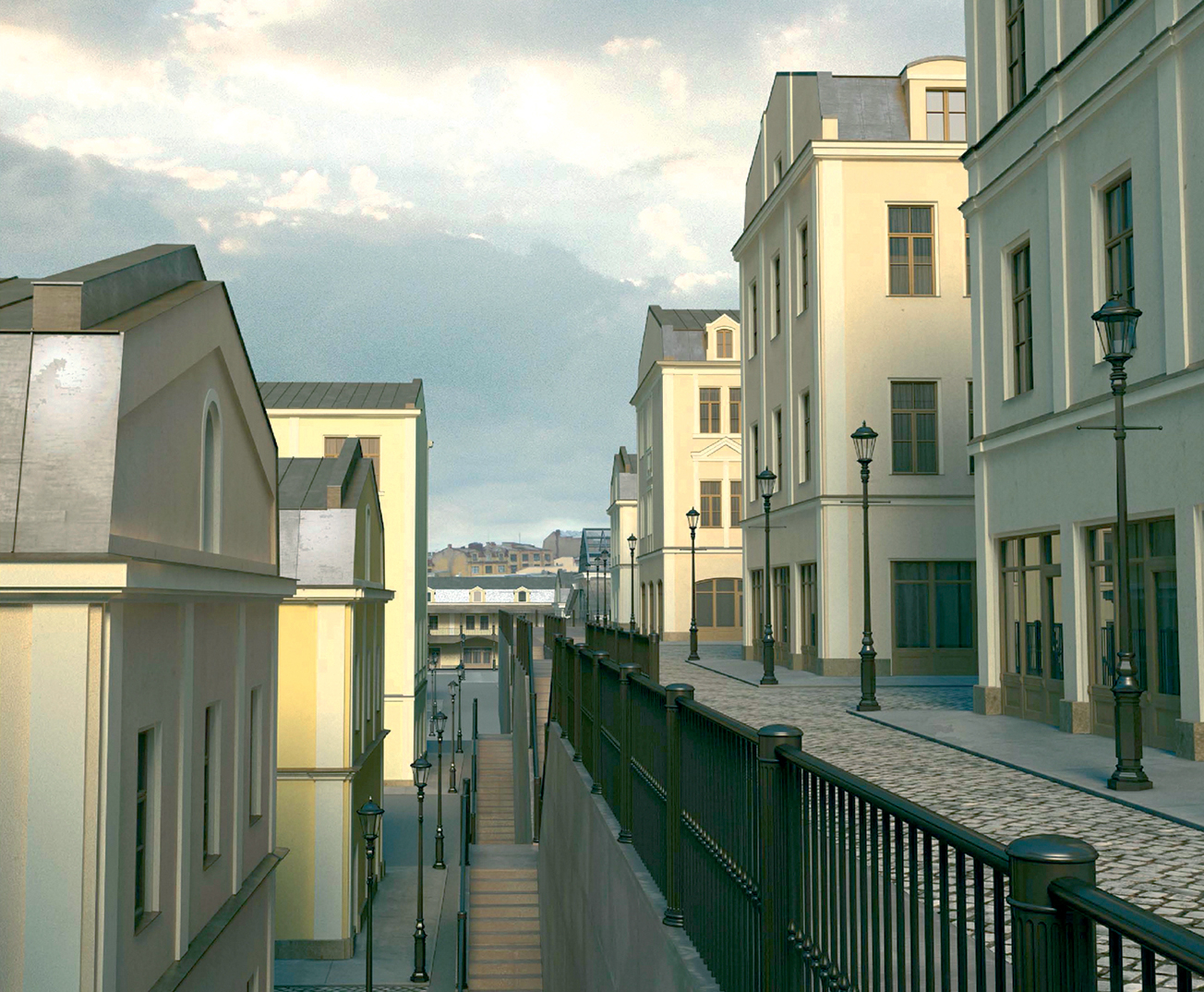 The Government of St. Petersburg has backed down on a threat to cancel an agreement under which one of Russia's largest construction companies, Glavstroy, will renovate the historic Apraksin Dvor marketplace.

The 14-hectares market and retail block has been the subject of a long-term renovation project proposed as early as 2004. The buildings sit between Sadovaya Street and the Fontanka River, to the immediate southwest of the Alexandrinsky Theatre.

St. Petersburg Vice Governor Igor Divinsky said at the start of February that since 2008 the investors had done nothing but erect a fence around the site. Glavstroy's web site estimates the cost of the project at 40 billion rubles ($1.3 billion).

At the beginning of February the St. Petersburg Government announced it had decided not to prolong the agreement with a subsidiary of Glavstroy to renovate Apraksin Dvor.

The government of St. Petersburg says only 1 billion rubles has been spent, on technical and historical due diligence, a feasibility study and paying the fees of the private occupiers of the site.

However in mid February Oleg Deripaska, the owner of Glavstroy, met St. Petersburg Governor Georgy Poltavchenko and they agreed to prolong the agreement to renovate the block.

The management of Glavstroy, which is one of Russia's largest construction firm, said the project would go ahead. The concept is to keep the historical legacy but to expand the site, build office and shopping spaces, apartments and art galleries. The architects are Foster and Partners and Wilkinson Eyre of the UK.

Glavstroy SPB said the historical due diligence showed that all the buildings on the site were of cultural significance and that none should be demolished. This had changed the economics of the project.

Apraksin Dvor is one of the few blocks in St. Petersburg that remains intact. The first market on the site originated in the mid-eighteenth century. The buildings became warehouses after the 1917 revolution. By this century it was a block of downmarket shops with an open-air bazaar selling mostly clothes and accessories in a district that had become distinctly upmarket.

Police raided Apraksin Dvor in February, accusing extremist groups of using prayer rooms on the site to promote terrorism. A fence has been re-erected around the buildings. A web site operated by investors in the project says it should now be completed by 2016.

Swedish holding Ruric AG owns two buildings on the site, and was to have renovated numbers 15 and 16 of Apraksin Dvor on Sadovaya Street. After spending $60 million, they had to halt work because they could not relocate a fire brigade depot from the site. St. Petersburg City Property Management Committee cancelled the investment contract in 2009, and tried to fine Ruric $4 million. Ruric won a ruling last September that the Property Committee had acted illegally. It still owns the buildings. At the time, Ruric board member, Denis Martyushev, said: "We inherited this situation from the previous management who have spent a tremendous amount of financial resources without having the basic permits."

A statement from Ruric said there was currently no prospect of renting out commercial premises at Apraksin yard due to lack of correct building permits.

Lobby groups say the St. Petersburg Government has done little to promote cycling since officials presented a proposal to the governor a year ago.

As many people own bicycles in the city as own cars, according to the Agency for External Transport of St. Petersburg which estimates the number of cyclists in the city at 1.5 million.

The representatives of two pressure groups St. Petersburg Cyclists and Beautiful Petersburg are trying to bring the issue back to the attention of the city administration. Cyclists are planning a rally in late spring to highlight the issue.