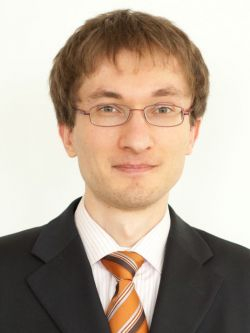 The Russian taxation outlook for 2013 may be seen as having three main categories: transfer pricing, case law, and de-offshorisation.

The new Russian transfer pricing rules reach the stage of practical implementation: the notifications of controlled transactions are to be filed in May, and the prices have to be justified by a dossier of documents. At the same time, the taxpayers may have to tackle ambiguity in the statutory definition of related parties and in rules for calculating trade volume thresholds above which the transactions are subject to control. The Finance Ministry directs the local tax authorities to audit transactions regardless of their volume if there are signs of tax evasion, and therefore any risky transaction should be examined closely. A taxpayer needs to ensure that he can defend data obtained to justify prices: This data should comply with requirements regarding form and should be set out in contractual documentation. The taxpayer may not only need economists and accountants but may also need to make certain legal efforts to comply in full. In current practice, the “safe havens,” i.e. the advanced pricing agreements with the Federal Tax Service and the “consolidated group of taxpayers” rule, are available only to major Russian companies, which are mostly state-owned.

Exploring the Russian tax environment, a tax strategist should not confine himself to the statutes in force. In some ways, case law and policy declarations are more important.

Currently, the most peculiar aspect of Russian tax law is that the major issues are mostly raised and decided by the Supreme Commercial Court rather than by the legislature. The court is entitled not only to hear cases but to issue surveys that contain abstract opinions on the interpretation of the law. The court is currently finalizing its set of opinions on general tax collection issues. Various other taxation issues are pending, including those decided previously but requiring further clarification.

At the same time, when the court clarifies an issue of tax law, the lower courts tend to state that this is the way the law should have been interpreted from the start, even if other approaches existed which the taxpayers could reasonably rely on. The court usually implies that one could interpret the law properly if enough analytical effort was made, but this is not always the case. The new opinion of the court is not retroactive against cases that were finalized in lower courts in favor of the taxpayer before the new opinion was issued, but is indeed retroactive if a similar case is not finalized (can be appealed, is pending or is in its pre-trial stages). We know only one example when the court acknowledged that its new position shall be applied only to contracts concluded after this opinion was issued. This wasn’t a tax case and wasn’t even the most controversial case to appear before the court.

We can anticipate that the major legislative effort of 2013 might be the so-called de-offshorization proclaimed by the country’s leadership. The G20 will meet in Moscow and the measures against tax haven abuse will be on the agenda. The Russian government is combating the erosion of the national tax base, and the global competitiveness of the Russian tax regime may be compromised in some matters. The legislative action is expected near the end of this year.