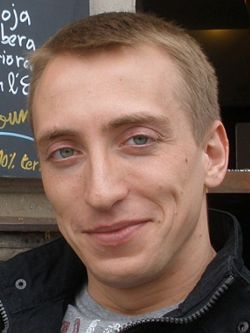 Wise men say, you cannot form an objective view of a system while within. The popular idiomatic imperative is somewhat misleading: "Thinking out of the box" is of little use before you have actually gotten out of the box in the first place (something SchrЪdinger's cat would much prefer). It is not easy, therefore, to take in the Russian pension reform at a glance, being a Russian employed in the Russian pension industry. I decided that a healthy injunction of paradoxical wit, like Yogi Berra's, could lend me some impartiality and help structure the  impressions.

When you come to a fork in the road, take it

Even a month ago it seemed that the pension system was at a bifurcation point. Seriously. For real. The voices declaring the so-called funded part (the funded part of the Russian pension system is called OPS, the mandatory pension insurance; it is funded with a part of the payroll tax revenues and lies in between 1st and 2nd Pillars in the World Bank terminology) of the obligatory pension component a useless failure were strong and numerous. Its fate looked sealed.

A nickel isn't worth a dime today

The opponents of the funded pensions say that the world has changed and today there are no investment instruments with an acceptable risk-return profile that can protect pension savings. They argue that the pension system would fare much better, getting rid of extra costs that the "financial intermediaries" generate (they label both the state Pension Fund and the non-state pension funds as redundant), and that the ultimate responsibility lies with the state, so it has to be given a freer hand in collecting tax revenues and doling out pensions. The good old paternalistic state stuff; the problem is, it does not work anymore — the future ain't what it used to be.

There appeared quite a number of open letters, authored by financial titans and minor deities of the financial sector alike, giving a detailed reasoning in support of the funded component, OPS. One of the key notes was the long money; long-term funding is notoriously scarce in the Russian financial market and pension money gives hope against the pessimistic background of capital fleeing the country.

The letters were addressed to the higher quarters but no answer came or was made public. Undoubtedly, however, they made an impact on protecting the funded pensions, as they clearly reflected the attitude and the reasoning of the business community.

You can observe a lot just by watching

Definitely, all those who kept calm and watched formed a much clearer picture of who is who in the government and parliamentary circles as most top brass figures opined at length.

The government was given plenty of time to draft the pension strategy (due on Oct. 1) and the verdict was only announced later.

When the dust settled, it transpired, however, that the changes are but few: For 2013, the status quo remains. Employers pay 22 percent on top of the gross salary, 16 percent go to support the pay-as-you-go pension payments while 6 percent goes to the funded part. Those keeping their funded-part pension accounts with the state Pension Fund will have to choose whether to change the split and start giving 20 percent over to pay-as-you-go'ers with only 2 percent saved on the individual account, or to file a request to keep saving the 6 percent — either staying with the state Pension Fund or transferring over to an NPF (non-state pension fund). The changes will come into force on Jan. 1, 2014, while 2013 promises to see a record number of pension accounts migrating to NPFs.

If the people don't want to come out to the ballpark, how are you going to stop them?

If people don't want to make voluntary pension savings … there was an expectation among the pension industry, heavily mingled with apprehension, that if worst comes to worst and the funded obligatory pensions are scraped, the government may put forward a package of support measures to 401(k)-like corporate pension plans, tax incentives for employers sponsoring such plans and employees paying into them, alike. Neither of the alternatives took shape.

Sometimes, even as the discussion was getting more and more heated and the media coverage reached unprecedented breadth, I thought that the whole thing could look like a beautifully crafted PR campaign engineered to raise pension awareness among the general public and promote the idea of taking a more active approach to pension savings, managing the funded part account and starting a voluntary pension plan, too. Whether that was the original intent or not remains a mystery; however, we do expect a massive inflow of retail customers to NPFs in 2013.

Pension reform discourse has been going on in Russia ever since the very first steps were taken to launch it. The topic is always high on the agenda because the reform is moving slowly, sometimes backtracking, with initiatives called back or small improvements added — and yet no one is satisfied, so there is a constant driver for further development. The iteration we have just seen was not the first nor will it likely be the last.

Pope Francis on Sunday deplored Russia's annexation of Ukrainian territory and called on the Russian leader to stop the war and on Ukraine's president...
energy spat