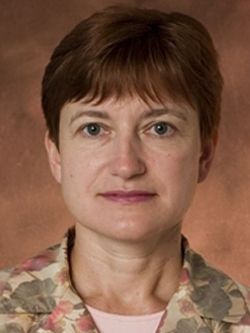 Why do companies need to manage customs compliance?

It has become critical for companies to manage customs compliance for several reasons. On the one hand, the Federal Customs Service, or FTS, has increasingly scrutinized companies and has recently reopened customs inspection divisions that were removed several years before. The authority has stated that it will shift its primary focus to post-release checks and has promised to accelerate the release process. While post-release scrutiny has apparently intensified, companies have reported that the promise to expedite clearance has yet to be delivered on. On the other hand, the period of time during which such post-release checks may be carried out increased from one to three years as the Customs Union, or CU, was created. In addition, violations of customs rules now carry harsher administrative penalties and the limitation period for such offenses has been extended from one to two years; changes have been made in Article 16.2 and certain other provisions of the Russian Code on Administrative Offenses (in particular, companies now may be held liable for providing an invalid code for their goods as prescribed by CU regulations, even though the name of the goods may be stated correctly); and administrative penalties now apply to companies that fail to keep the documents that are required to be kept so that the customs authority can carry out its checks.

Given the above, companies should place customs compliance high on their agenda.

What are the implications of non-compliance with foreign trade rules?

The most important risks include failing to become eligible for an expedited customs clearance process (first and foremost, this is about becoming an authorized economic operator, which is only possible if a company complies with legislation and is not penalized for a period of one year); engaging in foreign trade operations that do not meet regulatory requirements; complexities involved in the new customs rules of the Customs Union; inefficient VAT structuring and communication with the customs office in terms of the operation of the business model; risks that foreign buyers or sellers may misinterpret legislation; risks inherent in setting up and managing a global distribution network as increasing numbers of new distributors may result in the loss of control or make it a challenge to meet the unique requirements of customs offices worldwide; and the correlation between the supply structure and the amount of customs payments (i.e. goods that originate and are delivered from a CIS country are not given preference if they are owned by a non CIS resident).

Customs compliance techniques include the following:

2. Carry out a detailed analysis of customs and foreign trade processes in order to identify gaps in procedures and/or data that may bring the company out of compliance with customs requirements.

3. Test selected foreign trade transactions, including, but not limited to, reviewing the customs declarations and support documents in order to validate such documents and transactions.

4. Focus on specific considerations of customs and/or foreign trade operations, such as customs value or classifications.

Typical mistakes that a customs compliance audit would identify

Mistakes relating to the declared value for customs normally cause delays in the release of goods and value adjustments. Some of the common mistakes are that price discounts, rebates or markups may not be provided for in the contract, or companies may mistakenly apply the first method to determine the declared value on the basis of the transaction cost, where there is actually no sale transaction, or fail to properly apply the INCOTERMS rules, resulting in a discrepancy between the contract and the invoice, or a relation between the seller and the buyer may not be shown on the customs form, or the structure of the declared value may be incorrect, such as where the declared value does not include royalty payments or costs to store and handle goods in transportation, or the documents that support the declared value may be of poor quality, or companies may fail to follow the procedure for declaring and adjusting the value for customs.

Classification mistakes may entail reclassifications, whereby the customs office will use different codes, normally carrying higher rates of customs duty, and as a result, charge additional customs fees and penalties and open cases on violations of customs rules. Most frequently, companies knowingly apply wrong codes under the CU Goods Classifier as suggested by customs officers or brokers or shown in the shipping documents, or make classification mistakes where goods come in sets or packages. Customs applicants are often not aware of their rights and do not use the options they are given by law in regard of customs classifications, such as that they may obtain preliminary classification decisions from the Federal Customs Service or its regional divisions (for now just for certain types of goods, and for almost all types from 2013) or use classification decisions of the World Customs Organization and foreign customs authorities.

Mistakes frequently occur in the process of clearance and may result in delays in the release of goods and action on violations of customs rules, e.g. the shipper of goods is not the contractual seller, or the goods shipped are not provided in the contract, such as advertising and marketing materials, or companies fail to obtain clearance for commercial shipments such as design documents, souvenirs, laptops and others, or individuals import goods such as spare parts or replacement components in their personal baggage, or companies fail to promptly notify the customs office of changes in their details, and other mistakes. Companies also make mistakes relating to customs procedures. For instance, some fail to complete the temporary importation procedure on time or violate the procedure, e.g. by transferring the temporary imports to a third party without the permission of the customs office.

Companies that have contracts with customs brokers often have no controls over the clearance process in place. Some are unable to produce the documents submitted by their brokers to enter the goods. Broker relationships may also be inefficient, e.g. because roles and responsibilities are not clearly segregated.

Currency oversight: A company's failure to transfer foreign currency-denominated proceeds from exports to its account with an authorized bank in a timely manner entails a penalty of up to 100 percent of such proceeds. A failure to meet applicable deadlines for the submission of customs declarations and other documentary evidence of import operations to an authorized bank may result in a penalty of 50,000 rubles per document.

Russia's space agency is discussing with Moscow a continuation of its participation in the International Space Station past 2024, a Roscosmos official...
shifting posture

The Russian military’s movements of nuclear-capable assets appear to be intended to send a “signal” to the West amid its losses in Ukraine...