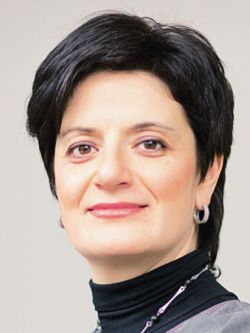 While the Russian ITO market is developing robustly, BPO is still far behind. Why is that the case and will the situation remain this way?

Indeed, while the Russian software development outsourcing association estimates IT outsourcing services export at about $3.5 billion, analysts seem to be competing for the most minuscule number of Russian BPO market estimations.

It's hard to say whether the figures are correct, as the Russian BPO market is very fragmented and is not easy to evaluate. However, essentially, I suppose, analysts are right. The BPO market in our country has only started to develop. And there's a number of reasons for that.

First of all, while the Russian ITO market grew due to offshore orders, BPO was entirely based on domestic demand. So it's not surprising that the volume of consumption of BPO services is much lower than ITO.

As a consequence, the Russian BPO market has sprung 10 years later than ITO. While the first software development outsourcing companies opened in 1989-1991, most of BPO market players appeared in Russia only in 2000.

The fragmented character of the market is also a reason for slow development. As the margin in outsourcing is low, it's hard to enlarge the turnover without mobilization of investments or M&A. I believe that in the coming years we will see a lot of mergers and acquisitions among BPO companies.

Lack of project management culture. Occasionally we still find that it's difficult to persuade people that a distributed team can be as efficient as an in-house department. Managing the people sitting under your very nose is very simple, while working with an outsourcing team involves much more planning and time-management. So sometimes the demand for outsourcing is a matter of management skills.

Large part of shadow economics. Business process outsourcing means the transition of company's HR, financial and other processes to an external provider and therefore the processes have to be transparent and compliant with all the law and standard requirements. Or at least it means that the customer wishes them to be so.

Lack of trust. This refers to not only the trust between the customer and the provider but also trust in society as a whole. According to the European Social Survey, in the matter of trust to people Russia holds the fourth place in the end of the list among all the countries. (In the course of the research, the participants were asked if most people are trustworthy). And this indicator fully corresponds with the pace of economic development, as business is all about trust. Trust between a creditor and a borrower, trust between an employee and an employer, a client and a service provider. And BPO often deals with the most commercially sensitive processed and information.

A long list of obstacles, long way to go. But will the situation stay the same in the near future?

I hope not — we are working on it. This year, BDO in Russia has got the managing role in a number of international contracts for BPO services, and this means that we no longer rely on only domestic demand.

There's a clear trend for merging IT and BPO services. Now it's hardly possible to outsource the accounting function without outsourcing the accounting system support. More and more BPO services are delivered in SaaS mode. So the providers get more opportunities for processes optimization and cost reduction.

Developing telecommunication infrastructure enables BPO providers to deliver their services to distant regions of the country enlarging the possible domestic demand for the services. And, of course, we keep our fingers crossed for the continuous creation of the healthy economy and diminution of shadow business.

Bearing in mind all these points, I view the Russian BPO market prospects as quite rosy. Why not? Just wait and ask me for the figure of the market volume in three years.