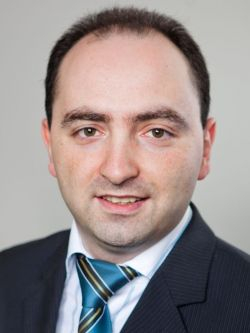 On Aug. 29, 2012, the Moscow Arbitration Court made a noteworthy ruling in the Eastern Value Partners Limited (Decision of the Moscow Arbitration Court No.A40-60755/1220-388 of 29 August 2012) case concerning interest withholding tax issues and applicability of the double tax treaty between Cyprus and Russia (the Treaty). The court had to examine the back-to-back debt financing received by one Cyprus company (allegedly having some form of presence in Russia) from another Cyprus company. The problematic issue of the case was that the second Cyprus company was not the economic source of financing, as it received the funds on-lent to the first Cyprus company from an affiliate residing in BVI.

The parties did their best to structure the transaction in a way that would attract the attention of the tax authorities. Firstly, the funds were received by the second Cyprus company and on-lent to the first one within the same day. Secondly, the second Cyprus company requested that the borrower repay the loan and interest accrued thereon directly to BVI. In addition, the transaction was the only operation of the second Cyprus company that year. Needless to say that all these elements were used by the Russian tax authorities in order to challenge the applicability of the Treaty, which could result in a 20 percent tax leakage upon repatriation of interest income from Russia to BVI.

Notwithstanding the fact that the court finally ruled in favor of the taxpayer, the tax authorities may be more successful in the future in advancing their argumentation.

When dismissing the arguments of the government, the court based its reasoning on the following:

(i) The direction of payment of income (i.e. the way the payment is technically structured) should not affect the attribution of this income to the person who has legal and economic power in respect of that income. This implies that the mere fact that the funds were transferred to BVI does not make the BVI affiliate the recipient of the underlying income, which would be rather the second Cyprus company. This is a valid point and indeed the court followed the internationally accepted approach in this respect.

(ii) The court then referred to a newly developed limitation on the benefits provision of the Treaty (new Article 29), which limits access to the Treaty benefits for Cyprus resident companies that are not incorporated under the laws of Cyprus, where the competent authorities of Cyprus and Russia identify on a case-by-case basis that abuse of the Treaty is the sole or one of the major goals for the use of such companies. Since the second Cyprus company was not established outside Cyprus, the Court ruled that the anti-abuse provisions of Article 29 should not apply. This statement is somewhat surprising, bearing in mind that the amendments introduced by the protocol to the Treaty will not apply until Jan. 1, 2013.

(iii) Finally, the court rejected the application of Articles 9 and 11 (5) of the Treaty providing for the possibility to adjust the amount of interest due between associated enterprises to which zero withholding tax could apply, if that amount of interest is not arm's length (i.e. exceeds the level of interest that would have been established between independent enterprises). We concur with the court when it argues that this was of little help for the tax authorities to the extent they were unable to establish that the interest applied by the parties was not commensurate with the terms of borrowing available on the market.

The tax authorities attempted to bring forward another argument, which, in our view could change the outcome of the case. In particular, the tax authorities contended that the second Cyprus company was just an intermediary between the lender residing in BVI and the borrower. They further claimed that the only purpose of this intermediary was to get access to zero withholding tax under the Treaty (which would not have otherwise been available for the ultimate borrower). That is where the above peculiarities concerning the borrowing (i.e. no other transactions at the level of the second Cyprus company, similarity of the terms of the loan from BVI to Cyprus and that between the Cyprus companies) could come into play.

Essentially, the tax authorities attempted to apply a concept that is generally known in international taxation as beneficial ownership. This concept essentially denies extension of the tax treaty benefits to mere intermediaries (nominees, agents and other conduit entities which do not have economic power in respect of income they receive).

It should be noted that the Treaty does not directly support application of the beneficial ownership concept to interest income (this concept is clearly envisaged in respect of dividend income). As to interest and royalty income, the wording of Article 11 (3 and 5) and Article 12 (3 and 5) implies that the respective treaty benefits were probably intended for beneficial owners of the respective types of income only. It is interesting that some countries not only include beneficial ownership wording to their tax treaties but also uphold this concept at the domestic level. Several attempts were made by the Russian Finance Ministry to do the same but the underlying bill remains to be submitted to the parliament.

Meanwhile, both business and tax professionals are looking forward to seeing developments in the case, which could become a landmark for distinguishing between blameless tax planning and abusive treaty shopping.