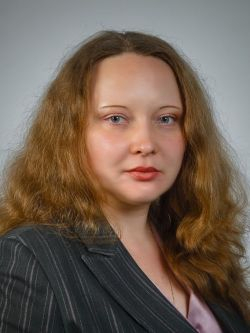 The most discussible legislative news that severely affected practices of pharmaceutical companies on the Russian market were the changes introduced by the Federal Law On the Basis of Healthcare Protection of Citizens dated Nov. 21, 2011 No. 323-FZ. The law established strict conservative rules of interaction between healthcare professionals and medical representatives of pharmaceutical companies in Article 74.

As a result of the initiative, a number of medical representatives' calls to healthcare professionals have slightly decreased in the first quarter of 2012, although the number of calls became closer to the figures of 2011 starting from the second quarter of 2012 in accordance with the data of Cegedim. Nevertheless, the outsourcing services of medical representatives are still in high demand while the time of a call has fallen from 20 minutes to 5-10 minutes on average, according to information provided by the outsourcing company PharmArtis.

The Government of Russia is continuing work in the direction defined by the Law on Healthcare Protection and introduced changes to the Federal Law On Circulation of Medicines dated April 12, 2010 No 61-FZ and to the Administrative Code of the Russian Federation.

The changes to the Administrative Code of the Russian Federation specify new administrative offenses in Articles 16.19-16.28 that correlate to the prohibitions set up in Article 74 of the Federal Law On the Basis of Healthcare Protection of Citizens and the conflict of interests rule defined in Article 75. All the offenses of the draft related to healthcare professionals fairly present the norms of Article 24 using the same wording and offenses construction. Liability is stipulated as a fine of a significant amount (from 1,000 up to 5,000 rubles for citizens and from 20,000 up to 50,000 rubles for state officials). State officials may also be disqualified for a period of one to two years.

Moreover, the new offenses defined in Articles 6.25 and 6.25-1 refer to pharmaceutical companies and their representatives. Lawmakers do not forget about manufacturers of medical devices and define special offenses of the rules acting on the medical devices' market in Article 6.26. In contrast to the offenses specified for healthcare professionals, the offenses for pharmaceutical companies and medical devices' companies are not precise and contain very brief and general descriptions of the prohibited actions, like "nonobservance of the limitations on circulation of medicines." This creates an open field for the authorities to review the relevant administrative cases. Actually, the empowered authority for this type of offenses is Roszdravnadzor. Sanctions for pharmaceutical companies and medical devices' companies are calculated as 0.01 percent of the company's earnings for the whole period of the offense (one year maximum), but not less than 100,000 rubles. It is also not clear how the relevant earnings will be calculated considering that Federal Anti-Monopoly Service of Russia only has relevant experience in the turnover fines calculation while Roszdravndzor is new to this area.

The changes to the Federal Law On Circulation of Medicines introduce a new chapter, chapter 14.1, which reflects all the limitations set up by Article 74 of the Federal Law On the Basis of Healthcare Protection of Citizens and impose a new restriction for the science events activities. The new restriction stipulates that Roszdravnadzor is to be informed two months in advance about the event. The information about the event is to be placed both on the official website of the relevant company and Roszdravnadzor.

All the changes are currently under discussion by state authorities. It is evident that the main idea is stringent responsibility in the relationships of pharmaceutical and medical device companies and healthcare professionals. It seems that there will not be any official explanations of the new application norms from the state authorities, though the practice is to provide answers to all questions posed by market players. We hope the bill will be changed before hearings in the State Duma so that the uncertainty of the wording will be minimized and the intentions of the lawmakers will be made clearer.