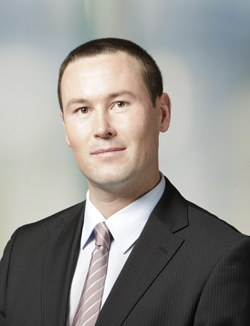 My grandfather once told me I had to decide whether to become a big fish in a small pond or a small fish in a big pond. Many Russian issuers probably find themselves in the same situation nowadays. I chose to start off with the latter, and after joining a commercial real estate team of a large bank in London, I quickly learned that property lending is all about one thing: location, location, location. Apparently, the international listing business is also all about one thing: liquidity, liquidity, liquidity. According to a recent survey by Economist Intelligence Unit and PwC, more than 60 percent of participants claim liquidity to be the most important factor when choosing a listing location. Assuming you are not necessarily looking forward to being stuck in the crammed and airless London Tube day in and day out, what are your other options in Europe?

It appears there is a head-to-head race between Paris, Zurich and Frankfurt with each exchange being close to $1 trillion free float market capitalization. I specifically name cities here because you still have to file your prospectus with the governmental authority of one of the four individual countries NYSE Euronext is comprised of. The name Deutsche Börse might also be slightly misleading, as Börsen Stuttgart, Munich and Berlin will tell you: Each one of them is a German exchange by definition. The Swiss stock market is operated by SIX Swiss Exchange, which, as the largest mutual exchange group in Europe, differs significantly from all other listing venues. With its unique mandate of self regulation, it is probably the most flexible one, and no governmental authority is involved in the listing process.

It might be somewhat confusing with every exchange claiming to be the most liquid one, since there are heaps of liquidity measures out there. An important aspect not often mentioned, however, is that following the introduction of MiFID (Markets in Financial Instruments Directive), liquidity is no longer fully staying with incumbent exchanges. Alternative Trading Systems, or ATS, as they are called in the United States, command more than half of blue chip trading in the United States. The rise of Multilateral Trading Facilities, or MTFs, as they are called on this side of the Atlantic, is less developed in Europe, and former exchange monopolies named here have more or less stabilized their market share at around 65 percent (see graph). Competition is generally considered good if it is being conducted on the same terms. This can hardly be said about the current state of affairs given that MTFs are not subject to the same regulatory obligations as incumbent exchanges. MiFID II is now looking to adjust this and create a level playing field for all trading venues. The impact on the whole liquidity situation remains to be seen.

The bank I joined went bust in the wake of the financial crisis, largely due to its huge property exposure. I guess in the end it was not just about location. At the same time, choosing a listing venue is not only about liquidity, and PwC`s report cites a number of other factors to consider: the size of investor base, for one. Only London and Singapore are quantified in the report with $6.5/1.4 trillion of assets under management in these respective financial centers. Switzerland, which is leading in international wealth management and has $4.5 trillion of assets under management, is often overlooked, and with $1.5 trillion of these assets invested in equities, it is also surprisingly competitive with

London's $1.9 trillion invested in equities. At the end of the day, it is probably the sum of all parts, as it usually is, and an issuer looking for a home has to consider all these factors carefully, weighing them each in accordance with his or her own priorities and choosing the right pond for the kind of fish that he or she aspires to become.