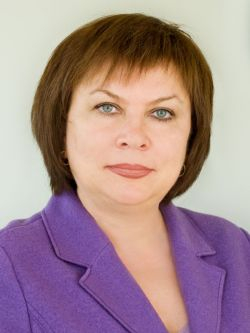 The first half of 2012 cannot be said to be significant in terms of the further development of intellectual property legislation. That said, work has continued on amendments to the Russian Civil Code, with the corresponding draft law passed in its second reading.

Work on the draft law is currently continuing, and it will probably soon be possible to say exactly which amendments will be discussed in the third reading.

The Russian Government's Resolution No. 218 dated March 21, 2012 approved the regulations on the Federal Intellectual Property Service. These regulations were prepared in accordance with the Russian President's Decree No. 673 On the Federal Intellectual Property Service dated May 24, 2011, which established that the Federal Intellectual Property Service is the legal successor to the Federal Intellectual Property, Patents and Trademarks Service and also the legal successor to the Russian Justice Ministry in relation to the legal protection of the state's interests in the process of the economic and civil law circulation of results of research, development, and technological work of a military, specialist and dual-purpose nature, including in relation to obligations arising from the enforcement of court decisions. Having received its new functions, Rospatent ceased to be a patent authority in the traditional sense of that term. However, it has retained the functions of providing state services in the area of legal protection for inventions, utility models, industrial designs, computer programs, databases and configurations of integrated microcircuits (including those that belong to a single technology), trademarks, service marks, appellations of origin of goods, and the legal regulation of issues related to the control and supervision of this area of activity as well as the provision of state services in relation to it.

However, this year was filled with many events related to intellectual property.

Cooperation continued between various courts and administrative authorities, including right holders, to improve the enforcement of intellectual property legislation. In particular, various activities were undertaken in the context of the enforcement monitoring function vested in the Justice Ministry. Unfortunately, federal executive authorities cannot provide a full and multifaceted picture of the enforcement of legislation in the area of intellectual property. In relation to this, it is important to support in every way the course taken by the Justice Ministry to work together with private business in terms of monitoring enforcement. One of the factors confirming the correctness of this decision is the two academic and practical conferences held by the Justice Ministry. The second of them took place in May in St. Petersburg. A part of the conference (within the scope of the section dealing with civil law) was devoted to the protection of intellectual property.

Those taking part in the event gave presentations on topics such as "Law enforcement in the context of court defense," "Difficulties in the practice of engaging experts in the Rospatent system to conduct court expert reviews and defining the circle of 'interested' parties that have the right to file applications stipulated by part 4 of the Russian Civil Code, and the ways to solve these problems," "Decisions of the Russian Supreme State Commercial ('Arbitration') Court as an instrument for shifting to precedent-based law," "Parallel imports," "Means of identification," "Registering trademarks in bad faith: an abuse of law or an act of bad-faith competition," "Liability for unlawful use of intellectual property on the internet," "Enforcement practice regarding the distribution of rights to the results of intellectual activity created under state contracts." The content of these presentations was based on the results of independent monitoring of the application of intellectual property legislation. Those taking part in the conference came up with a series of proposals aimed at improving intellectual property legislation and, accordingly, the enforcement of that legislation. The proposals included: