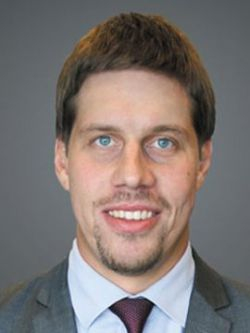 It is generally expected that within just a few years of Russia's July accession, the presence of international exporters in Russia, and range of Russian goods exported internationally, will sharply increase, and this is going to mean it is increasingly important for companies looking to move goods into or out of Russia to understand the legal and contractual framework covering what they do. Each export or import deal will have its own peculiarities, but there are general guidelines that exporters and importers can follow. 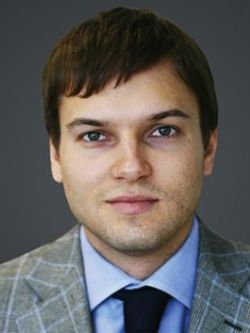 The Vienna Convention applies to an international contract unless it is directly excluded in the text of the contract. Conversely, the UNIDROIT principles apply only if the parties explicitly agree to this.

Both the Vienna Convention and UNIDROIT Principles reflect substantial experience in collective international sale and purchase of goods. Despite this, they cannot be considered to completely regulate international trade and the execution of contracts. In particular, the Vienna Convention does not apply to the sale and purchase of a wide range of different items, and it does not regulate the validity of a contract or provision, as well as consequences on ownership rights of sold products.

UNIDROIT Principles are generally more detailed and universal than the Vienna Convention, but they do not govern contract invalidity issues concerning powers to conclude a contract, or competence, which can occur in the execution of a contract.

Russian enterprises and companies from a number of CIS countries may execute contracts regulated by the Vienna Convention or UNIDROIT Principles. They are often similar to the national regulations of a number of countries, however, there are also a number of unique regulations.

For example, provision 2.15 of the UNIDROIT Principles is similar to Article 434.1 of the draft of the new Civil Code of the Russian Federation in that it provides that a party unfairly conducting or interrupting negotiations shall be liable for losses incurred by a non-defaulting party, including losses suffered during a negotiation process, as well as compensation for possible losses stemming from the inability to conclude a contract with a third party. It should be noted that regardless of the international legislation provisions, a contract should comply with applicable national legislation.

However, the final decision on whether to apply the Vienna Convention and/or UNIDROIT Principles to an international contract needs to be analyzed in each particular situation, taking into account the established court practice of national and international regulations.

The subject and form of a contract — Goods and services

The Vienna Convention applies only to international sale or purchase of goods contracts and has some limits to the range of goods that its regulations cover (for example, it does not apply to sale or purchase of aircraft, equities, or electricity, or some other explicitly mentioned items).

It is important to distinguish between goods and services. It is quite common for foreign manufacturers to supply high-tech equipment to Russian buyers and assemble this equipment for the buyer in Russia. In practice, many foreign partners may be willing to cover such an arrangement in one unified mixed contract that can be governed by Russian national legislation, but the Vienna Convention would not apply to it even if the parties intended that it did. In this case, it is advisable to conclude two separate contracts: a supply contract (which can be governed by the Vienna Convention) and a service contract for assembly of the equipment (governed by Russian legislation).

Make sure the contract is in writing

An international contract must be concluded in writing if one of the counterparties resides in the Russian Federation. This requirement to have a written form of the contract may cause misunderstanding for a foreign partner, who may refer to article 11 of the Vienna Convention or clause 1.2 of the UNIDROIT Principles, which indicate there is no need for a written contract.

However, entrepreneurs should be aware that a relevant reservation was made by the U.S.S.R. (and subsequently the Russian Federation) providing that a contract (its amendment or termination by consent of the parties, as well as offer, acceptance or other expression of intent) should be in writing if a party to the contract has commercial residence in the U.S.S.R. (Russian Federation).

Ensure that the wording matches the intentions

When executing sale or purchase contracts for international goods, particular attention should be paid to the wording regarding applicable regulations, and considering that the terms "law" and "legislation" may not be synonymous.

It is generally advisable to identify an international commercial arbitration for any potential dispute, such as the International Commercial Arbitration Court at the Russian Federation Chamber of Commerce and Industry, the London Court of International Arbitration, or the Arbitration Institute of the Stockholm Chamber of Commerce. These have a number of advantages when compared with state courts: neutrality, adequacy and flexibility of court trial, wider possible material law, final award, and the possibility to choice of an arbitration panel should this be required.

But the most overt advantage of international commercial arbitration is the possibility of enforcing awards in the majority of nations under the New York Convention, which cannot be excluded in the text of the contract or in any other way.

To be sure of accessing the advantages of international commercial arbitration, parties to a contract should include a relevant arbitration clause in the text of the contract or conclude a separate arbitration agreement. A valid arbitration clause should reject the jurisdiction of state courts with regard to any potential dispute, though security measures (for example, seizure of bank accounts) may still be requested in state courts. In practice, incorrect wording of an arbitration clause may lead to a possible disputation about the powers of court to consider and award on a dispute.

Minimizing this possible risk is quite simple using an arbitration clause which clearly sets arbitration of any possible dispute to an identified international commercial court. The appropriate wordings to use in any such clause are available from the web-pages of the relevant international judicial institute.

International contracts for the sale and purchase of goods have been extensively applied and there have been many attempts to harmonize relations between parties by developing unified forms and terms.

Get the dates right using Incoterms

However, parties to a contract using Incoterms need to ensure that they use the right term. In practice, some of the following difficulties can arise with Incoterms:

The Kremlin has urged members of the presidential Human Rights Council “not to upset” Russian leader Vladimir Putin with thorny questions about...
travel sidelined

Western airlines should prepare to return to Russian airspace when the war in Ukraine has ended, the head of the global airline trade group said Tuesday...
seized subsidiaries

Russia's oil giant Rosneft said Wednesday its profit over the past nine months had been badly hit by the seizure of its German-based refineries by Berlin...
'faces of resistance'