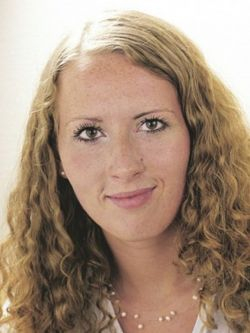 Arbat is one of the most famous and popular residential areas of Moscow. It is situated very close to the Kremlin, on its west side, and represents the architectural heritage of old Moscow.

The Old Arbat is a true symbol of Moscow. It is part street theater and part art market, with plenty of souvenir shops where you can buy anything from fur hats to matryoshka dolls. The New Arbat is now the main artery heading westwards out of Moscow and lined with an array of shops and restaurants.

The area between the Old Arbat and Prechistenka takes you back to the unique world of quiet lanes, where each house emanates the atmosphere of old Moscow. There is a great selection of pre-revolutionary and Stalin type buildings, as well as probably the largest number of modern buildings with underground parking in the center.

The area between Prechistenskaya Naberezhnaya and Ostozhenka stands slightly apart from the rest of the area and is known as the Golden Mile — in honor of its expensive residential properties in modern buildings.

It is important to mention that Arbat is popular with both foreign and Russian tenants of luxurious housing. There are quite a few embassies here, so the area is very favorable in terms of security, prestige, homogeneity of the environment and the atmosphere. One of the expatriates living in the area, Claire Ansell, shares her opinion of the Arbat district:

"I enjoy living here because it is very central and I can happily walk around the neighborhood and the center of Moscow. It is also near the metro so I can get to other parts of Moscow with ease. I speak enough basic Russian to confidently navigate the metro system and being forced to speak Russian on a daily basis will help me improve my language skills. We live in a relatively affluent area of the city so I feel safe on the streets (as safe as in any other large city)."

Today, the Arbat rental market has about 350 apartments in supply. The average rental rate amounts to $9,100 per apartment per month, which is 9 percent higher than the pre-crisis level. The price range in Arbat varies from $1,700 to $30,000 per month, and depends on the class of the apartment and the building in which it is situated.

More than 50 percent of potential tenants have a budget of up to $4,000. According to the results of Q1 2012, the average demand budget in this district was recorded at the level of $5,600 per property per month, which is still lower than the pre-crisis level when it stood at $7,400.

Notably, there is a large gap between demand and supply budgets, which is why it is not always easy to find the best rental option in this area.