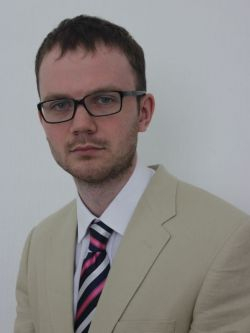 Some employers who invite foreign employees to work as the heads of representative offices of foreign legal entities, as well as for other positions, mistakenly believe that they are not required to obtain work permits.

Apparently, this error is based on certain provisions of Federal Law № 115-FZ from July 25, 2002 "On the Legal Status of Foreign Citizens in the Russian Federation." Thus, according to paragraph 9 of Part 4 of Article 13 of the Federal law, these foreign citizens are not required to obtain a work permit where the two following conditions are simultaneously met:

The fact that the heads of representative offices receive wages from and pay taxes to a foreign state is an additional factor in misleading employers about the need to obtain work permits for these foreign employees.

Thus, Russian employers must complete the following migration documentation for the hiring of a foreign head of a representative office who enters the territory of the Russian Federation via a visa regime: an accreditation card of the foreign employee, a corporate work permit, a personal work permit for the foreign citizen for a period of up to 1 year, as well as an invitation for a single-entry work visa for 3 months with a further re-issuance of a multiple entry work visa valid for up to 1 year. It is also necessary to implement a number of related procedures (refer to the Employment Center with information about the requirements of foreign employees, notification to the appropriate tax authorities regarding the recruitment and employment of foreign workers, as well as notification of the foreign citizens' arrival by place of residence). When hiring a foreign head of a representative office entering the territory of the Russian Federation via a visa-free regime, employers can eliminate the need to issue visa documents; they do not need to obtain an accreditation card for this employee. But employers should also notify tax authorities, the territorial department of the Federal Migration Service and the Employment Center of the employment of foreign employees.

It should be noted that the recruitment and hiring of a foreign employee without having obtained a valid work permit may result in the imposition of an administrative fine of 250,000 to 800,000 rubles or the administrative suspension of business activity for a period up to 90 days.

Given the above stated facts, employers who recruit and hire foreign citizens as heads of representative offices must obtain a work permit for these foreigners in order to avoid administrative responsibility.