Contribute Today
By Pavel Karpunin
May 14, 2012 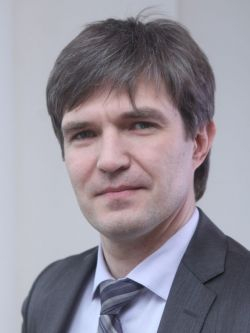 Russian legislation, including the existing legal framework for implementing public-private partnership ("PPP") projects, has traditionally had some significant "deviations" from the common worldwide practice, which has often made foreign investors think twice before coming into Russia.

This situation has recently taken a turn for the better with the adoption of new legislation in April 2012 that directly affects PPP implementation and aims at bringing various Russian legislative acts, among them the law "On concession agreements" (the "Concessions Law"), into compliance with international standards. This is an important step, since the Concession Law has the role of acting as the main legislative framework for PPP projects in Russia.

However, prior to the latest changes, widespread use of the Concessions Law was impeded due to the fact that it did not allow the contracting parties — the state and the investor — to hold any negotiations with relation to the draft concession agreement. It was presumed that the investor is to sign the agreement without any amendments, i.e. strictly in the form and content as provided by the state authorities. In international practice, negotiations between the state authorities, the contracting investor and the financial institutions that grant credits to the investor constitute a vital part of the overall tender procedures, a process that enables the parties to resolve difficult issues and establish a balance of risks and benefits that is acceptable for everyone involved.

Another significant shortcoming of the Concessions Law is that, as a general rule, it is very restrictive with respect to the content of concession agreements and requires that concession agreements be concluded in accordance with the standard forms adopted by the Russian government, which cannot be amended and can only be supplemented with conditions that are not covered by the standard forms.

This amendment is extremely valuable; however, it is not clear why the scope of the amendment is limited to just roads and roadside facilities. It would seem reasonable for the Russian lawmakers to go further and remove the requirement to use standard forms of concession agreements for projects in other spheres as well. This would enable the parties involved to conclude concession agreements that precisely meet their needs — including the needs of the public proper — and would likely increase the interest of foreign investors in participating in Russian PPP projects.

Overall, despite the limited scope of the amendments introduced by the new legislation, they definitely carry a very positive effect because they contribute to improvement of the investment climate in Russia and stimulate development of Russian infrastructure, in particular roads, which together with fools are known to be Russia's two biggest troubles (per the Russian proverb, of course).

In the short run, we expect that these latest changes should be a powerful incentive toward implementing previously delayed and slowly running projects related to the construction of Russian roads, especially roads of federal significance, such as the M-11 toll road connecting Moscow and St. Petersburg.