Contribute Today
By Alexey Konevsky
May 11, 2012 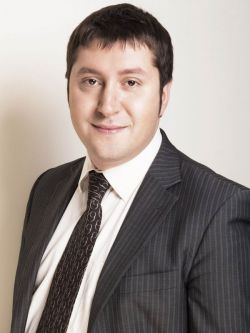 Under the proposed amendments to the Civil Code, a rather significant number of limited real rights are introduced, an exhaustive list of which is set out in Article 223 of the draft Civil Code (the "Draft Civil Code"). These restrictions include a right of permanent possession of land (Chapter 20); a right to develop land (Chapter 201); servitudes (Chapter 202); a right of personal use and enjoyment (Chapter 203); mortgage (Chapter 204); a right to acquire another person's immovable property (Chapter 205); a right to transfer property (Chapter 206); a right of operational management (Chapter 207); and a right of restricted possession of a land plot (Article 2971). The authors of the draft law believe that, by introducing a large number of the new rights, they will achieve their aim of eliminating the haphazard nature of legal regulation, increasing the stability of the economy, and protecting the rights and lawful interests of real right holders. We wish to draw attention to a number of problems that may arise in the decisions of courts and administrative bodies if the proposals are adopted.

Those who drafted the framework for reforming civil legislation initially suggested that the Civil Code should only contain the definitions of real rights to natural resources, of their holders and scope. Meanwhile, public law requirements as to how such rights are used should be covered by laws/codes regarding specific types of natural resources.

Our view is that this is a reasonable and, indeed, the only possible approach, since:

Those who have prepared the draft law have moved away from this model in the Draft Civil Code, and this has given rise to a conflict between rules contained in the Civil Code and in the Land Code.

Also, in our view, a right to develop will be less attractive to new property developers compared to rights currently provided to property developers, i.e. in ownership and under leases. For instance, when a land plot is granted for development under a lease, which is most often the case now, the lessee may acquire ownership title to the real estate that is built with no time restriction. Thus, leases, which give them contractual rights, are much more attractive for developers. It may be suggested that the right to develop is attractive for developers of multi-apartment residential buildings, since once the apartments are sold in such a building, the ownership title to the land plot is transferred, by law, into the shared ownership of the owners of the apartments in the apartment block. We believe that the businesses involved in the construction of non-residential real estate will scarcely be interested in acquiring ownership title to the real estate facility for a limited period.

The transitional provisions provide that, as soon as the draft law comes into force, it will not be permitted to provide state and municipally owned land plots for construction under leases if such agreements involve the developer acquiring ownership title to the real estate. This provision directly contradicts current land legislation, which provides that land plots for construction purposes are transferred in ownership or under a lease (Articles 28 and 30 of the Russian Land Code). As we pointed out above, in the overwhelming majority of cases at present, publicly owned land plots are granted for construction purposes under a lease. This is explained, among other things, by economic causes, since it is fairly expensive to acquire ownership title to land plots. Essentially, the providing land plots under leases is prohibited, but no legally and economically equivalent alternative is proposed to it. The right to develop is not an equivalent alternative to the right to lease, as we have explained in detail above. The only way that a publicly owned plot may be received in practical terms for construction purposes is to acquire ownership title to it. This has a substantial effect on the market and on whole sectors of the economy (commercial and industrial construction).

Introducing this type of radical restriction, with no analysis or wide discussion of their economic implications, hardly seems justified to us. A wide range of people involved in the economy as a whole may see their economic rights violated.

Swapping leasehold rights for other rights

Under Article 8(29) of the draft law, where publicly owned plots of land have been granted for the construction under a lease, the lessees may acquire ownership title to such land or a right to develop it. If they do not do this during the term of the lease, then when such term expires, the plot is deemed to belong to them with a right to develop for 50 years.

As we indicated above, a right to develop is not the equivalent in legal and economic terms of a right to lease. Acquiring the right to develop may interest only developers of residential real estate. Accordingly, a large proportion of developers of non-residential real estate will be obliged to acquire ownership title to land plots, and this, bearing in mind the rather considerable cadastral value of land plots, places a serious financial burden on developers. It should be remembered that lease agreements for the purposes of construction are generally, in accordance with the case law that has evolved, entered into for a short period, which does not usually exceed the construction period. From a practical perspective, this means that developers will have to attract additional financing to buy up land plots in very tight time frames, possibly even before projects are implemented.

Moreover, it is needs to be remembered that stability is an important principle for the economy, and this is particularly the case for the real estate market. In our view, it would seriously undermine the stability of the economy to impose an obligation on developers to purchase the land plots that they have obtained for construction purposes if there was no such obligation at the time they obtained the plots.

In connection with the above, we believe that it would be reasonable to return in the Draft Civil Code to the initial idea of the authors of the Framework for Developing Legislation on Real Rights, leaving in the Draft Civil Code only the definitions of real rights to land, of their holders and scope. Meanwhile, the way such rights are to be exercised and the question of whether land may be granted for construction under contracts (under leases), should be governed by land law, after the content of such rights and their implications for the economy have been analyzed in detail.