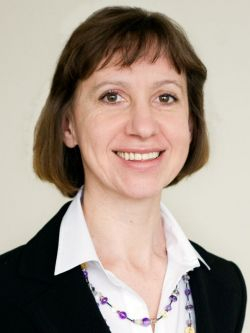 In 2011, Russia completed negotiations regarding its accession to the World Trade Organization (WTO). Membership of the WTO will give Russia the advantages of being able to play a role in setting world trade rules, of Russian manufacturers not seeing their goods discriminated against on foreign markets, and of trade disputes between Russia and other partners being able to be resolved using procedures within the WTO framework.

After Russia becomes a member of the WTO (the necessary legal procedures for this are expected to be completed by the end of the summer of 2012), the rates of duty may not be established at a rate higher than is set by Russia's obligations to the WTO. This fact is causing apprehension among many Russian producers that their goods will not be able to compete with imports. In actual fact, by the end of the transitional period, which is between three and seven years, the weighted average rate of import duty will be reduced by more than 40 percent (the following figures have been mentioned: on goods within the agricultural category, the rate will be reduced to 16 percent, and on industrial goods to 6 to 7 percent). Meanwhile, the effect of reducing the rates of duty may not be negative for all branches of the Russian economy. In the Customs Union's current Harmonized Customs Tariff, the rates of import duty are no higher than 5 percent for more than 40 percent of commodity classifications codes, which when there are currency fluctuations of the nature witnessed in 2011 can scarcely be regarded as a protective barrier against imports.

Nevertheless, Russia's obligations to WTO members also provide for a reduction in the level of tariff protection in relation to rates that, as of today, have a rate of import duty of 15 percent to 30 percent (for example, aircraft and land transport vehicles). The protracted transition period for reducing rates of duty on such goods is established up to seven years.

In connection with its membership of the WTO, Russia will be restricted in applying certain tools that stimulate the setting up of new production. In particular, WTO rules do not allow benefits to be established that entail obligations to localize production. Such tools are currently applied in Russia in the Special Economic Zone in the Kaliningrad region, as well as for car manufacturers (the so-called "industrial assembly" regime). Nevertheless, it is contemplated that, for residents of the Kaliningrad region, the current regime will be preserved until April 2016 and for car manufacturers, until 2018. It should be also noted that, in Russia and the Customs Union, not all the measures to stimulate the setting up of new manufacturing, including export-oriented and high technology, that do not contradict to the WTO rules have been used measures. For example, the processing customs regimes has not been put into practice. Also, in many cases the Customs Union's Harmonized Customs Tariff violates the tariff escalation principle by setting rates of import duty for ready products at a significantly lower level than those for the materials and components from which they are made. There are also tools that are unused or not fully used, which stimulate the setting up of production in Russia and are compatible with the obligations to WTO members.

Having joined the WTO, Russia may take part in world trade on the basis of the most favored nation regime with all WTO members. This regime is granted at present only in relation to those countries with whom Russia has bilateral agreements providing for this. The most favored nation regime stipulates that any member of the WTO is obliged to grant to goods of another WTO member terms that are no less advantageous in an area of relations governed by the WTO than those that the member grants to goods of all or any members of the WTO (principally this relates to measures restricting the access of goods to markets). This means that not one of the 155 WTO members may discriminate against Russian suppliers on the global market.

The WTO rules also require that internal taxes and other internal levies, laws, rules and requirements that relate to internal sales and to proposals regarding the sale, purchase, carriage and distribution of goods be applied equally to domestic and imported goods, save for the rare exceptions established by WTO regulations. As far as indirect taxes (VAT, excise duty) are concerned, Russia has already been applying such rules for a long time.

Requirements for customs formalities and procedures constitute a minor part of the WTO rules. The General Agreement on Tariffs and Trade (GATT) of 1947 contains general principles for arranging customs formalities with a view to them not being artificial barriers in trade.

Article VIII of GATT requires customs fees to be restricted in their amount to the approximate value of the services supplied, and not to be used for fiscal purposes. After Russia becomes a member of the WTO, the maximum amount of customs fees will be 30,000 rubles as opposed to 100,000 rubles currently.

Article VIII of GATT establishes also the principle that punishments for customs violations must be proportionate: "No contracting party shall impose substantial penalties for minor breaches of customs regulations or procedural requirements. In particular, no penalty in respect of any omission or mistake in customs documentation that is easily rectifiable and obviously made without fraudulent intent or gross negligence shall be greater than necessary to serve merely as a warning."

The Russian Code of Administrative Offenses does not differentiate between penalties depending on the circumstances in which an offense took place, as long as the offender's guilt is established. Russian legislation does not provide that the GATT requirements may be taken into account when determining the amount of a penalty, and this is probably to guard against corruption manifesting itself. In practice, if, before a customs declaration is submitted, an importer or its customs broker have not identified errors in documents submitted to the customs office, the penalty, for example, for incorrectly referring to an article of the commodity in the customs declaration, may be up to 200 percent of the value of the goods. The importer is more likely to prefer to destroy the goods than to go to the customs office and own up to the mistakes it has made.

Article VII of GATT and the WTO agreement on application of Article VII of GATT is devoted to customs valuations and determining the customs value of goods. Formally, the legislation of the Customs Union is generally in line with WTO rules, but its enforcement is sometimes focused differently. Under the guise of counteracting violations using risk management systems, the customs authorities apply control techniques that, in WTO terminology, resemble establishing minimum prices in relation to a range of goods. Needless to say, the WTO rules expressly forbid such methods. Using international standards in this area will allow for the number of disputes between customs authorities and importers to be reduced.