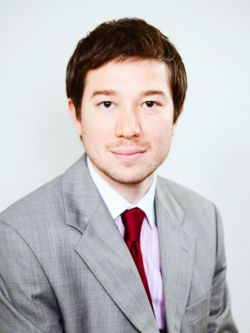 Any transaction for the sale or purchase of a commercial property in Russia will invariably start with structuring. Each situation will have its particular circumstances. These include the manner in which the property was built or acquired by the current owner(s), the manner in which it is structured from a corporate and finance standpoint (i.e. as an asset owned solely or jointly by one or more legal entities) and the specific tax issues. Proper structuring of the transaction from the outset will enable the parties to obtain certain lawful benefits (for example, tax savings) and to avoid potential risks. It will also allow them to allocate risks fairly (and to provide any appropriate security to be able to bear such risks) if losses arise after completion of the transaction.

The first question that arises in structuring is whether the assets to change hands between seller and buyer will be the real property itself (i.e. an asset deal) or instead the shares in a company owning (directly or indirectly) the property (i.e. a share deal). In the second case, the shares may be those of a Russian company or of an offshore company (either as direct owner of the property or as holding company of a Russian subsidiary). Below, we consider the pros and cons of these basic structures.

The main reasons for structuring a transaction as an asset deal will often include the following:

Despite the apparent advantages, an asset deal may also have significant drawbacks.

First, a sale-purchase agreement for real property in Russia must always be governed by Russian law. This seriously limits the parties' ability to use the mechanisms they may typically wish to use in international practice, e.g. warranties, indemnities, disclosure, seller protections, an escrow agent (the main Russian equivalent of escrow is a letter of credit, which is only partly able to substitute for escrow; in particular, a letter of credit is only a means of payment, and shares or participatory interests cannot be transferred into a letter of credit), etc. (or if they do attempt to use these in a Russian-law document, they may not be fully legally enforceable).

It should also be noted that disputes concerning sale-purchase transactions for real property can only be submitted for resolution to Russian courts (state commercial courts or arbitration courts). (There is also a viewpoint that since recently disputes concerning real estate can also be submitted to international arbitration, however, at this stage there is no established practice on this matter, and we do not advise doing so.) Therefore, if one party lacks trust in the Russian judiciary (and indeed, moving potential disputes outside the Russian courts is often a key element in structuring), it is necessary to choose a share deal structure, as discussed below.

Another important factor when purchasing an asset directly is the risk of the seller's subsequent bankruptcy (intentional or otherwise). If the seller is a Russian company, there is a risk that the company or one of its creditors (such as a tax inspectorate) could initiate bankruptcy proceedings after the sale, as a result of which the sale-purchase agreement may be challenged if made during the hardening period, especially if it is possible to show that the price recorded in the agreement is not a market price.

As noted above, property acquisitions are also often structured as the purchase of a Russian company or an offshore company.

When purchasing a Russian company, the following should be noted.

If both parties to the transaction are Russian residents, the sale-purchase agreement must be subject to Russian law. Therefore, the parties cannot use the protective mechanisms (mentioned above) that would otherwise be more immediately available, for example, under English law.

If at least one party is a nonresident, the transaction can be structured using foreign law. One of the most frequent choices on the Russian commercial property market is English law. In such case it is necessary to consider the organizational-legal form of the target company in question. If it is an LLC, the transfer of the participatory interest will need to be certified by a Russian notary. In such cases the sale-purchase transaction is sometimes split into two parts: a full English-law agreement that acts as an overall contractual framework for the transaction, describing the parties, their relationship with each other and essential terms and conditions (e.g. purchase price, terms, warranties, liability, etc.), and a simpler pro forma Russian-law agreement that the parties bring to the notary. Though, to the author's knowledge, this scheme has yet to be tested in court, it is currently widely used for purchases of participatory interests in Russian LLCs. If the target company is a joint stock company, the situation is simpler: The parties' agreement may be contained in a single agreement governed by English law, and only the actual transfer of title to the shares in the register or depositary needs to take place in accordance with Russian corporate law.

The above said, parties need to take heed of recent rulings in the Russian state court system that impact the ability to have disputes under such agreements heard in arbitration (as opposed to the Russian court system). A recent ruling by the Russian Federation High Commercial Court has effectively broadened the concept of corporate disputes falling under the exclusive competence of Russian state courts. So even if a sale-purchase agreement for participatory interest/shares in a Russian company is governed by English law and ostensibly provides for international arbitration (for example, LCIA), then when the arbitral award is being confirmed in Russia, the Russian court may assert that the dispute between the parties should have been heard on the merits in a Russian state court, and not in arbitration. The outcome of this consideration, where Russian state courts will interpret (albeit with the aid of experts) an English-law sale-purchase agreement, is impossible to predict.

In view of the above, Russian properties are often acquired through the purchase of shares in offshore companies (typically, Cyprus or Dutch companies), which own the asset either directly or through a Russian subsidiary. In such case, the sale-purchase agreement is usually governed by English law, and disputes are assigned to international arbitration. This structure best protects the interests of both parties and takes into consideration all the nuances parties normally wish to resolve in such transactions. In practice, parties frequently agree to a preliminary restructuring of the manner in which the asset is held, moving it to a new offshore company or a new Russian subsidiary (for example, by contributing the asset to charter capital, or through an arm's length sale). This will allow the parties to rely on their choice not only of applicable law but also dispute resolution.

Because of the above, many Russian and foreign institutional investors alike who expect to have a certain quality of transaction documents (which, as described above, is difficult to achieve using Russian law) commonly require the use of offshore equity deals. At the same time, it should be remembered that Russian tax authorities appear to be paying closer attention to the use of offshore structures.

Kristina Timanovskaya said team officials had tried to remove her from Japan after she criticised Belarus's athletics federation.
obituary

Zasursky headed the department for 42 years and is considered the "father" of post-Soviet journalism.
tokyo olympics