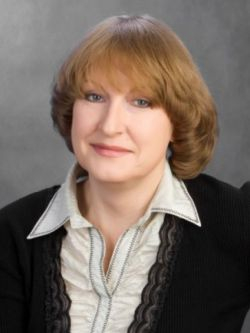 then the fact that the counterparty was "unscrupulous" and the transaction documentation and invoices were signed by persons who did not have the proper authority to do so (or by persons whose identity is unknown) does not itself necessarily mean that the taxpayer obtained an unjustified tax benefit in the form of a lower VAT base (as a result of the expenses under such agreements being included among the counterparty's total expenses for the purposes of offsetting VAT).

From an analysis of such court cases in 2011 it is clear that for most taxpayers proving the legitimacy of a tax benefit obtained under transactions with "unscrupulous" counterparties remains a pressing issue. But the precedential character of the Presidium's decrees mentioned above has not affected the tax authorities' treatment of such transactions. As before, when conducting tax audits they tend to ignore the Supreme Arbitration Court's legal position and to exclude any sums paid to counterparties they consider unscrupulous from claimed expenses and set-offs. What is more, the tax authorities do not hesitate to spend time and public money collecting evidence they know will be disregarded by the courts when assessing whether or not a tax benefit obtained by a taxpayer was justified. Tax inspectors will interview the founders and senior management of counterparties, arrange expert handwriting analyses to ascertain the validly of signatures on transaction documents, investigate whether or not a counterparty is actually located at the address specified in its foundation documents, etc.

One should bear in mind that the Presidium of the Supreme Arbitration Court took this legal position in relation to cases involving goods supplied by "unscrupulous" counterparties. As a rule, when taxpayers purchase goods from suppliers in relation to whom tax inspectorates have provided evidence of unscrupulousness, the taxpayers have no problems proving that a tax benefit was justified. That said, from time to time the tax authorities do manage to prove in court the absence of actual delivery of goods or the absence of due care and circumspection on the part of a taxpayer. For example, in one case a tax inspectorate proved that at the time when payment was made in cash for goods, the supplier had been deregistered from the Unified State Register of Legal Entities (Decree of the Federal Arbitration Court of the Moscow Circuit No. KA-А40-15685/11, dated Feb. 2, 2012).

Yet these arbitration court cases are essentially curiosities, given that the courts at all three levels have ruled the tax authorities' decisions unlawful.

More complicated are disputes involving works and services, when the tax authorities submit evidence of bad faith on the part of a taxpayer's counterparties.

Analysis of arbitration court cases in recent years (2011-2012) shows that the courts generally tend to deny taxpayers' claims for invalidation of tax authorities' decisions if the underlying transactions entailed the performance of works by "unscrupulous" contractors or subcontractors. Decisions in disputes over services agreements also tend to go against taxpayers.

The position of the courts in such cases is based on, among other things, the findings of the Presidium of the Supreme Arbitration Court in the OJSC Koksokhimmontazh-Tagil case, as well as the Presidium's findings set out in its decrees of April 20, 2010, and June 8, 2010. That position may be summarized as follows: The onus is on the taxpayer to prove that business operations are real and that it exercised due care and circumspection in selecting a counterparty and performing the transaction. Obviously, proving that work was performed or services were rendered is much more difficult than proving that goods were delivered. Taxpayers often find themselves unable to prove such business operations really occurred, which inevitably leads to denial of their claims.

Taxpayers should also bear in mind Article 71 of the Russian Arbitration Procedure Code, which stipulates that a court is to weigh evidence according to its own internal conviction.

And finally, the courts are highly unlikely to rule in a taxpayer's favor if the tax authority proves that the taxpayer was aware, or ought to have been aware, that its counterparty failed to discharge its tax obligations deriving from affiliation, other corporate relations or other grounds.