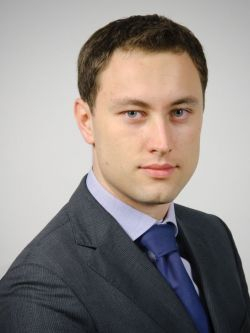 Under Article 32.1 of the federal law on joint stock companies, shareholders agreements can be secured, inter alia, by penalty. Being one of the most extensively used means of securing contracts, penalties have been known in Russian legal practice as the one that can be mitigated (reduced) by the court, in case the latter finds it to be excessive.

The right to mitigate the penalty is provided in Clause 333 of the Russian Civil Code. However, interpretation of this clause by Russian high courts made it work just upside down: The Constitutional Court in its decisions of 2000 and 2004 made it almost obligatory for both arbitration courts and courts of common jurisdiction to bring up and see into the issue of mitigating the penalty. Thus, the courts implicitly followed the approach of any contractual penalty being presumably excessive and bound to be mitigated.

This kind of approach would usually hamper potential contractual parties to ensure that the promisee is in the secured financial position since he would be presumably able to recover his losses from the promisor by way of penalty. It is vital since damages are yet to be proven in the court and are recoverable in the amount that can still be disputed by the other party in court. Shareholders agreements under Russian law are still rarely used partly due to the lack of legal means of securing reasonable interests of the shareholders by contractual tools, e.g. penalty.

In this regard, the position of the Supreme Arbitration Court of the Russian Federation formulated in its Guidelines for understanding the application of Clause 333 of the Russian Civil Code on Dec. 22, 2011, was supposed to shed some light on any progress in court's considerations in respect of the penalty mitigation.

Based on the position of the Supreme Arbitration Court, parties to shareholders agreements governed by Russian law are likely to be less reluctant to resort to penalty as a means of securing their position in relations with other shareholders as well as be more confident in recovery of their potential losses caused by potential violations.