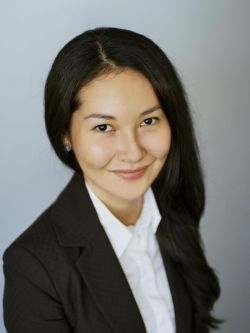 On Dec. 16, 2011, WTO ministers adopted Russia's WTO terms of entry at the Eighth Ministerial Conference in Geneva. Provided Russia ratifies the required documents by June 15, 2012, and completes certain other formalities, it will finally become a fully fledged member of the WTO.

This means that, after 18 years of negotiations, Russia and WTO members have at long last reached agreements on the major economic and legal issues that previously barred Russia from entry. A significant portion of those issues constituted intellectual property (IP) aspects. Furthermore, for many WTO members, the growing influence of IP on the Russian economy made resolving these issues crucial before accession could occur.

The Russian government was forced to review obsolete IP legislation and harmonize it with WTO regulations, resulting in the adoption of Part 4 of the Russian Federation Civil Code, which successfully addressed most, but not all, controversial IP issues. This article points to some areas where the Russian government has already taken certain steps, but which still require improvement.

One of those areas is protection of IP in courts. Russia's president noted that the imperfection of the court system will prove to be an obstacle to Russia's WTO participation. To this end, the State Duma, during its last days before the elections, amended the federal legislation to introduce a specialized court for IP rights. The court will be created by Feb. 1, 2013, and will consider IP cases as the court of first and cassation instance. The question still remains as to whether the judges will be suitably qualified and whether their number (30) will be enough to address IP issues for the whole of Russia. Furthermore, it is not clear why disputes concerned with copyright and neighboring rights as well as on protection of IP rights were left outside the competence of a specialized court in the first instance.

On Nov. 19, 2006, Russia and the United States agreed on the Action for Critical IPR Issues, an integral part of the U.S.-Russian WTO bilateral market access agreement. Pursuant to this document, on Oct. 11, 2010, Russia amended Federal Law No. 61-FZ "On Circulation of Medicine Products," which, for all medicine products, prohibited use of data on results of clinical trials for commercial or state registration purposes without consent within six years from the date of a medicine's state registration.

This means that producers of generic drugs, which are very popular in Russia, will have to either negotiate the use of test data with the original drug producers or conduct clinical trials independently, which is both time-consuming and costly. Consequently, medicine prices will increase. Despite this, in the event of illegal use of test data, the original drug producer is unlikely even to be granted the right to a specific claim for damages or other civil law instruments since protection of test data, for instance as a trade secret, is quite doubtful. Violation of these provisions may result in administrative or criminal liability, as well as removal of the offending drugs from the market.

Since 1993, Russia has always established different patent fees: one for residents and another (four times higher) for nonresidents. Although this was an obvious violation of the Paris Convention for Protection of Industrial Property, WIPO could not apply any sanctions against Russia. However, in light of WTO accession, on Sept. 15, 2011, the Russian government canceled the discriminating provisions and provided instead for equal fees, effective from the date of Russia's accession to the WTO. However, patent fees, while now equal for everyone, will increase on average by 30 percent for a significant portion of government patent services.

Rising numbers of Covid-19 deaths and cases have pushed city authorities to close restaurants for all but deliveries for 10 days.
bubbling up

Only Russian producers of sparkling wines can use the term in Cyrillic, a move that caused outrage in France's Champagne region.
a laughing matter

Under Growing Pressure, Russian Stand-Ups Vow to Joke On

As stand-up comedy booms in a country where people are hungry for humor that is not tightly controlled, comics are increasingly targets for the authorities...
SCYTHIAN GOLD

Both Moscow and Kiev claimed ownership of the precious artifacts dating back to the 2nd century B.C. after Russia annexed the Black Sea peninsula.