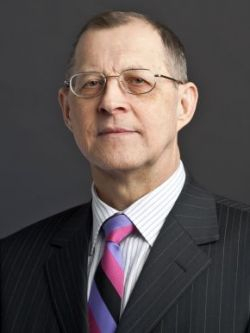 The Russian Federation holds an important place in global economics. Given the modernization, its economy is undergoing and the country's impending accession to the World Trade Organization, it is particularly interested in attracting foreign capital, advanced technology and equipment, and modern management expertise. Of major significance for this is creation of a favorable investment climate and provision for stable operations by foreign investors in Russia.

As a sovereign state, Russia exercises control, on the basis of federal law, over foreign investments in Russian companies of strategic importance for its defense and security. Foreign and Russian investors have expressed the opinion that some of the restrictions established by law are superfluous and raise excessive barriers to normal business. We believe that a substantial proportion of these concerns have been heard, since, on Dec. 18, 2011, amendments to this law come into effect that lift most of unnecessary barriers to investment in Russian strategic companies.

In general, the amendments improve the investment environment in Russia.

The list of such international financial institutions is to be approved by the government of the Russian Federation.

For the purpose of determining control, the provisions of Parts 1 and 2 of Article 5 of the federal law are applied by analogy.

3. In relation to a Russian strategic company using subsoil sectors of federal significance, control by a nongovernmental foreign investor or group of persons and prior approval of their transactions will begin not from 10 percent but 25 percent of the total votes on the shares (ownership interests) in the authorized capital or the composition of the collegial management body or collegial executive body of such a company.

The other criteria of control and the requirement for prior approval of transactions in relation to a company remain in place (that is, the possibility of determining the decisions of the company by voting at the general meeting, by participating in the board of directors or other management bodies of the company, by concluding a management agreement with the company or similar agreements, and in the case of the right to appoint the sole executive body).

4. The four types of activity of strategic importance for national defense and security are specified in detail and now exclude:

They are now allowed 30, rather than 20, days for sending the authorized body (the Federal Anti-Monopoly Service) conclusions concerning emergence or absence of a threat to national defense and security.

6. Changes have been introduced into certain procedures and the time frame for implementation of a decision made by the government commission for control over foreign investment in the Russian Federation regarding approval of the transaction or control subject to an agreement being concluded with the applicant securing its fulfillment of certain obligations.

The agreement will now be concluded within 30 rather than 20 days of the competent authority receiving the commission's decision (with the possibility of a maximum 14-day extension on the basis of a request from the applicant).

If the commission decides on approval of the transaction or control subject to conclusion of an agreement and the applicant refuses to assume certain obligations or to conclude this agreement or if the agreement is not concluded by the set deadline, the decision on refusing to grant approval will be made not by the commission but by the competent authority (the Federal Anti-Monopoly Service), which will then notify the commission to this effect.