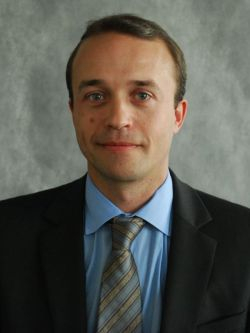 The nondiscrimination principle, contained in most of the double tax treaties signed by Russia, guarantees a fair tax treatment to foreign investors on the income deriving from their investment (business profit, interest, dividends, etc.). A recent decision has raised new concerns about its application in Russian jurisdictions. In a decree dated Aug. 12, 2011, the Supreme Arbitration Court of Russian Federation (the SAC) has stated that this rule does not cover questions related to the methods or order of computation of corporate income tax.

The judges concluded, in the case submitted to them, that such clauses could hence not prevent the application of domestic thin capitalization regulation.

It should be reminded that, under Russian law, the deduction of interest is limited when paid to a foreign company holding directly or indirectly at least 20 percent of the taxpayer's chartered capital, or to a Russian affiliate of this foreign company, or when any of those two entities secures the discharge of a debt of the taxpayer. It is remarkable that this limitation does not apply if the foreign company is replaced by a Russian entity.

Nevertheless, the above mentioned decision is not final as the case has been transmitted to the Presidium of the SAC. Let us hope that it will give to the high jurisdiction the opportunity to restore the correct hierarchy of standards in Russian legal order and to fully confirm the enforcement of the nondiscrimination principle.

Beyond thin capitalization rules, on which tax practitioners are now focusing attention, the nondiscrimination principle is also likely to impact, in the future, other parts of Russian law and in particular, dividend taxation.

Indeed, nonresident individuals pay 6 percent more tax than residents (15 percent vs. 9 percent) on their Russian dividends. Besides, a uniform 15 percent tax rate applies to dividends paid to foreign organizations, compared with 9 percent or even zero percent (participation exemption regime) rates enjoyed by Russian organizations — except dividends deriving from blacklisted states, such as Cyprus. Even though the actual rates incurred by nonresidents are often reduced under double tax treaties, an unfavorable variance usually remains.

Do such rules comply with the nondiscrimination principle? In our opinion, it is highly doubtful in many situations. For instance, nonresident individuals enjoying a clause prohibiting discrimination based on residence (e.g. residents of Canada or Luxembourg), should be taxed on their Russian dividends at the same rate than Russian residents, i.e. 9 percent.

Likewise, a foreign company enjoying a clause forbidding discrimination based on nationality (e.g. a Cypriot or Italian company) should also legitimately claim for the same tax treatment as Russian organizations, and consequently be taxed at a maximal rate of 9 percent on its Russian dividends, or even zero percent, if it meets the conditions of the participation exemption regime (i.e. holding 50 percent of the subsidiary for at least one year).

It should be acknowledged that this approach may appear quite innovative for the moment, in particular as to the extension of the participation exemption regime to foreign entities, and may hence face strong resistance from the tax authorities but, in the end, it will be, once more, up to the judge to take a stand on this issue, and to check, from a legal point of view, the compliance of this regulation with the nondiscrimination principle contained in the applicable tax treaties.

In addition, it is worth underlining that this rule reciprocally benefits Russian investors abroad, and may thus open for them new fields of investigation, especially in Western Europe where such topics are emerging before courts, with already some decisions favorable to taxpayers.