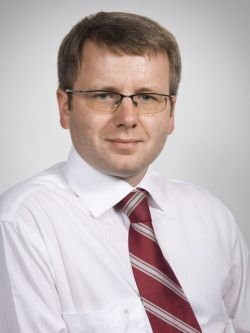 On July 11, the Plenum of the Supreme Arbitration Court adopted Resolution No. 54 on certain aspects of the resolution of disputes arising from agreements with regard to real estate that will be built or purchased in the future (hereinafter — "Resolution"). Though, formally, the Resolution only touches on the issue of determining the status of future real estate in terms of the civil law, its conclusions may fundamentally change taxation of the whole investment industry.

The tax implications depend on how business transactions are classified in terms of the civil law. Before the Resolution was adopted, the tax authorities and courts proceeded on the basis that an investor retains the right of ownership to the newly constructed real estate if the investor transfers, for investment purposes, its property and financial assets for that real estate to be constructed. Therefore, the transfer of newly constructed real estate from the developer to the investor did not result in the right of ownership being transferred and so was not subject to value-added tax. Consequently, only the investor (not the developer) was entitled to deduct VAT invoiced by subcontractors in the course of construction. The investor could only use this right after the developer had handed over the newly built asset.

The Plenum made two important conclusions in the Resolution that have completely changed the existing approach. They will significantly affect the taxation of construction transactions:

Taking into account the conclusions of the court, transactions relating to the transfer of real estate may have the following tax implications.

If the parties are just entering into investment relations, the Supreme Arbitration Court's conclusions change the parties' relations for the better. For example, under the new legal classification of investment relations, the transfer of property under construction from the developer to the investor is treated as sale and is subject to VAT. Therefore, all tax implications will be the same as if a standard sale took place with an advance payment.

Analyzing the rights and obligations of the investor and the developer with regard to calculating, deducting and paying VAT to the budget shows that the developer, as previously, will only have to pay to the state budget VAT on its fee. The investor will, in its turn, be able to deduct the whole amount of VAT connected with construction.

The change in the legal classification of investment activity will not result in any additional tax burden on the parties.

Moreover, if under the previous legal classification of relations the investor could only deduct VAT after the construction had been completed, now the investor will be able to deduct VAT immediately after it receives from the developer VAT invoices with regard to the advance payment transferred.

Therefore, the new procedure for taxing investment transactions will be more beneficial for the investor, while the developer will not have any additional tax liabilities (provided that the advance payment received from the investor is paid to its subcontractors in the same period).

If investment projects have already been implemented or are at the final stage of completion, the legal position specified in the Resolution may primarily affect the developer in a very negative manner. Actually:

To mitigate negative tax implications for the investment contracts that have been or are being implemented, both the investor and the developer should make changes to bring their tax affairs into line with the legal classification offered by the Supreme Arbitration Court for a sale and purchase agreement or for a partnership agreement.