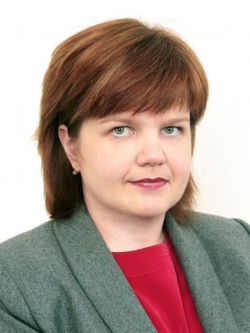 The second reading of the bill on the principles of protecting citizens' health, which caused an unprecedented storm of criticism from medical professionals and the pharmaceutical community when it passed the first reading, has been deferred by the State Duma until fall 2011.

One of the most controversial points was Article 69, which the majority of pharmaceutical companies saw as imposing unjustified restrictions on medical and pharmaceutical professionals (collectively, "health care providers," or "HCPs") while performing their professional duties.

This article not only prohibits HCPs from accepting gifts, money, paid entertainment, holidays or travel from companies involved in the sale and distribution of pharmaceuticals and medical ­products, and/or entering into agreements with them to prescribe their products to patients or otherwise recommend the products of any individual company.

It also goes as far as prohibiting meetings of HCPs with the representatives of companies selling pharmaceuticals and medical products during working hours, or HCPs' participating in any events (including scientific congresses, conferences and symposiums) financed by a single company.

Market participants in practically all professional forums have claimed that this approach will effectively deprive HCPs of their primary source of up-to-date information on new and advanced pharmaceuticals and medical products coming onto the Russian market, which will ultimately be detrimental for patients. The Association of International Pharmaceutical Manufacturers (AIPM) wrote to Health and Social Development Minister Tatyana Golikova with its views.

In this letter, the association notes that the "primary task of medical representatives is to provide the latest, fullest and most accurate, thoroughly professional information principally concerning developments in therapy, new preparations, new indications, the results of clinical trials and to gather information on the side effects of medicines and carry out impartial safety monitoring, which is a statutory obligation of ­companies (Article 64 of the federal law on the circulation of medicinal preparations).

In most countries, medical representatives have the opportunity to freely meet and carry out professional talks with HCPs in any place and at any time, although other countries have ­certain restrictions, for example, on the ­number of samples that can be ­provided per year, bans on gifts for HCPs to ­encourage the prescription or recommendation of a specific preparation, etc.

"According to research conducted in Russia recently by Comcon, visits by medical representatives were ranked as the second-most important source of information after medical reference books, while at the same time they were not even in the top 10 factors for prescribing a preparation, which is further evidence that doctors primarily follow their own experience, official clinical trial results, the presence of a preparation on federal and regional lists, scientific evidence and similar factors when making prescriptions," the AIPM states in its letter.

The voice of the professional community was heard: Using proposals from the Federal Antitrust Service (FAS), which effectively shared the AIPM's views on this matter, the State Duma Health Committee has prepared a set of amendments for the second reading of the draft law. The amendments are intended to set out a more balanced procedure for interaction between HCPs and company representatives. The amendments suggest allowing company representatives to visit HCPs, while strengthening supervision of HCPs to prevent conflicts of interest.

Duma Deputies suggest a compromise: Permit HCPs to meet with representatives of a company, but only if the meeting is open to all HCPs and is of an educational nature. At the same time, the decision to hold the meeting should be made by the head of the medical institution. A new article will be added to the draft concerning conflicts of interest in medical and pharmaceutical activities.

According to a previously published FAS report on competition on the pharmaceuticals market, "improper relations between business and doctors lead to the formation of material and psychological dependence [of the doctors] on companies."

Doctors ordering the purchase of medicines using budget funds often choose preparations made by the company with the most active marketing program, which is not always the best choice and creates discriminatory conditions for the access of other producers.

According to the amendments, in the event a conflict of interest does arise, the employee is required to inform the head of the institution, who has seven days to forward the information to the federal executive authority.

The amendments are being polished by a working group, and by the time of the second reading the bill should result in a better, more balance approach to these issues, which concern practically all of us.