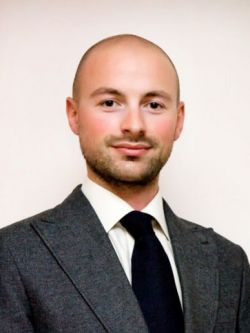 Conversely, an employee in Russia can be dismissed only on grounds that are described in the Russian Labor Code or by other federal laws.

Only for a few categories of employees grounds for dismissal are subject to not only the federal law, but also to the terms of the employment contract, for example heads of organizations (director, CEO), members of a collegiate executive body (board members and directors).

Thus, in Russia, as it relates to the dismissal of an employee, the principle is "forbid everything that is not explicitly allowed by law or in some cases by the terms of the employment contract." In other words the freedom of employers in Russia to dismiss employees is severely limited. Meanwhile in the United States the opposite principle is generally accepted, "everything is permitted that is not strictly forbidden by law or by the terms of a collective agreement or court practice." For example, in the United States it is prohibited to dismiss an employee for reasons that may be perceived to be discriminatory.

In Russia, in addition to a strictly limited list of acceptable reasons to dismiss employees, the law also prohibits the dismissal of certain categories of employees under certain conditions. For example, an employer upon his initiative cannot fire a female employee who is pregnant, employees who are on vacation leave, or those who are temporarily disabled. Because of some additional reasons, employees who are parents also cannot be fired.

In addition to that, Russian labor law requires that employers observe all prescribed procedures for dismissal. Procedures may vary depending on the reason of the dismissal and often they are very complicated. For example, if an employer dismisses an employee for violations (i.e. absenteeism, drunkenness, disclosure of trade secrets, etc.), it is the employer who must prove the violations of the employee, including his/her guilt. An employer must document the misconduct committed by the employee and require from him/her a written explanation of the misconduct as well as fire an employee within a period that is set by federal law.

In Russia the dismissal of an employee is recognized as valid only when the following conditions are met:

Meanwhile an employee can terminate the employment contract unilaterally at any time, notifying the employer with sufficient notice (from three days to one month, but more often two weeks notice is deemed as sufficient) and is provided in writing.

In the event of an illegal dismissal, an employee has the right to apply to the State Labor Inspectorate or to a court. The practice of appealing grounds for dismissal is quite often utilized by employees in Russia. If the accusation by the employee against the employer is deemed to have sufficient merit, then the employer is required to reimburse the employee for any lost wages and provide compensation for moral damage.

To summarize, the list of legitimate grounds for dismissal in accordance with Russian law is rather narrow, and the procedures that an employer must follow for proper dismissal of an employee is rather difficult. That is why we are suggesting to both employers and employees in Russia that they pay attention to questions related to dismissal in order to avoid future legal problems associated with it.

The latest developments you need to know.
urging action

“Instead of ignoring this nonsense, the U.S. accepts Putin’s agenda and scrambles to organize some meetings,” Navalny wrote from jail.
show of support

Activists are trying to determine the full extent of the crackdown during anti-government protests that rocked the Central Asian nation.