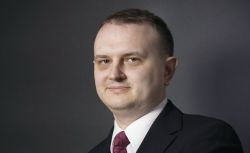 Traditionally, most transfer pricing cases have been won by companies, due both to the allowable 20 percent "safe-harbor" deviation from the market price, as well as the fact that the courts historically placed the burden of proof concerning claims of transfer pricing breaches on tax authorities who had to follow a strict and difficult procedure in the Tax Code. This means tax authorities have been losing about 75 to 80 percent of cases.

However, in the above ruling the Supreme Arbitration Court supported the lower courts in their determination that courts should not be bound by methods listed in the Tax Code, and that they may accept any other method the courts find justifiable. The courts also determined that unless the company provided proof that the tax authorities' methods used to arrive at an estimate of the market price for transfer pricing purposes is incorrect (which the court determined that Mechel failed to do), it is free to deem the calculations made by the tax authorities to be accurate, even where methods listed in the Tax Code have not been strictly followed.

If this approach is followed by other courts, it may mean that Russian companies now need to place a lot more emphasis on justifying intra-group transfer prices, even under existing transfer pricing legislation. Therefore, companies are strongly advised to revisit their current approaches to supporting transfer prices within Russia. In some cases, supporting documentation may now become a "must" rather than "nice-to-have."

Revision of the R&D Expense Deductibility Rules in Russia

The major change is that the taxpayer will have the right to deduct R&D costs regardless of its success in the period when R&D was completed — previously, such costs were to be deducted in equal installments over the year following completion of the relevant R&D.

R&D in the areas included in a special government-approved list continues to be entitled to deduction at a multiple of 1.5. However, to benefit from this rule now, the taxpayer will need to submit to the tax authorities a special report on completed R&D.

The law does not make clear whether the current government-approved R&D list is to be modified. Currently, the R&D list includes work in the following areas:

The amendments entitle the taxpayer to choose how to book costs incurred in acquiring, as a result of R&D, the exclusive rights to intellectual property recognized as intangible assets. The taxpayer may either depreciate these costs in the usual manner or deduct them as other costs over a period of two years.

The law also allows the taxpayer to set up reserves for future R&D costs, booking the relevant allocations as other costs on the last date of the tax reporting period. If such a reserve is, indeed, set up, the taxpayer books all current R&D costs against the given reserve.

The new law also introduced more comprehensive tax accounting rules for R&D and also clarifies some of the related definitions.

Apart from tax treatment of R&D costs, the new law also introduces exemption from withholding tax in sales of shares in Russian companies in which real estate in Russia accounts for more than 50 percent of their assets, and as long as their shares are traded on the Russian organized securities market.

Russia is now focused on expanding its gains in eastern Donbas, home to pro-Russian separatists, as well as the southern coast.
Big brother is watching

The move will allow first-time recruits over the age of 40 to join the Russian Armed Forces.