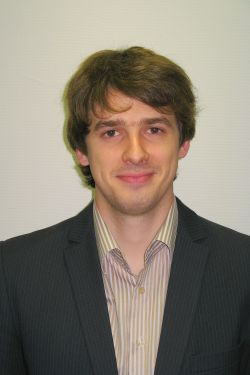 Explicit novel legislation aimed at attracting highly skilled foreign specialists to Russia was adopted in May 2010. Since then, according to the Federal Migration Service, professionals with highly valued skills have been coming in force and their numbers have doubled.

In this context, the Manifesto of Peter the Great, the Russian emperor, on foreign citizens is often recalled nowadays. It was announced on April 15, 1704, and its title was "Export of Foreigners to Russia With the Promise of the Freedom of Faith for Them." It urged "foreigners, together with other useful craftsmen, to come to us and stay in our service and our land."

According to current regulations on skilled foreigners, a skilled specialist is a foreign citizen with work experience, skills or achievements in a specific area of activity who is paid 1 million rubles ($35,500) a year if he is a researcher or a teacher and 1 million rubles a year, regardless of his scientific profile. A foreign citizen involved in implementation of the Skolkovo innovation center project, regardless of remuneration level and scientific profile, is also recognized as a highly skilled specialist.

The law restricts only mildly the scope of application for a highly skilled specialist. Moreover, the law was revised in March 2011 and eliminates quotas for work permits and entry to Russia for highly skilled specialists. Foreigners will still be banned from engaging in such activities as preaching or any other religious activities, as well as retail trading. Lawmakers presume that these areas do not require specialized skills.

The changes in migration registration of foreigners in Federal Law No. 385-FZ of Dec. 23, 2010, aroused interest among expatriates and their Russian employers. It was proposed that migrant workers would be registered at their actual address rather than at the address of the legal person, branch or representative office. The criticism from the FMS over this provision returned the previous practice by making relevant amendments on March 20, 2011. Now a company playing the role of a host can register a foreign employee as a migrant if he lives at his workplace.

Foreign top management working in Russia might be primarily interested in the provisions of the federal law on the legal status of foreign citizens in Russia of July, 25, 2002, related to highly skilled foreign specialists. Highly skilled foreign specialists can benefit more from the simplified procedures for entry to the country, obtaining work permits and migration registration rather than from temporary or permanent residence regulations. This procedure, to some extent, alleviates the problem of an expatriate CEO. Difficulties may arise if the address of the legal person coincides with the address of the permanent executive body based abroad. Now, administrative barriers have been lifted for a highly skilled foreigner coming to Russia.

In the early 18th century, the Russian state embarked on modernization that brought foreign professionals to Russia. So is the modern Russia. The 18th-century modernization boosted growth of Russia's might. Current modernization is hoped to do the same.

The statement contradicts Kyiv’s account that the evacuated Ukrainian soldiers would be exchanged later.
any way out

Navalny in March had his jail time extended to nine years on charges he and his allies say are politically motivated.
'military operation'

Western military officials assess Putin's level of engagement in the military push for Ukraine’s Donbas region to be very high.