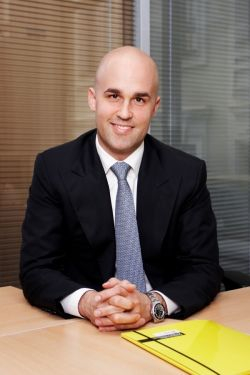 The term "mis-sold pensions" was coined in the early 1990s when the British financial market suffered a series of pension scandals that included misappropriated retirement savings at the Maxwell printing house and the National Bus Co., as well as millions of corporate pension account holders, who were tricked by over-enthusiastic agents into switching to private pension plans that turned out to be far less attractive because of higher fees. These events had a profound impact on the British pension market as pension legislation and regulatory oversight were subsequently revised and made more stringent.

Over the last three months Russia has suffered its own pensions scandal involving thousands of unsuspecting citizens who suddenly had realized that their individual mandatory pension accounts (so-called "OPS" accounts) had been transferred to a number of large private pension funds without their consent or knowledge.

So what exactly happened? Over the last two years in a bid to win a bigger market share, larger pension funds started using third-party agency structures such as insurance agencies and HR consultants to sell OPS pension products. In essence, the agents' task was to convince individuals to switch the savings part of their state pension from the state pension fund or other private funds to the pension fund that was paying them a commission. Some of these unregulated agents, however, seemed to have gotten carried away by easily earned commissions and in some cases stole and falsified data and even forged signatures. This led to many thousand individual pension accounts being transferred basically without the clients' knowledge or consent. Once the defrauded clients realized what had happened and complaints starting trickling into the various government agencies charged with oversight of the pension sector, the state pension fund took the unexpected measure of revoking the transfer agency license of three major pension funds that had apparently received most of the complaints and to which many accounts had been transferred.

Overall, this scandal could not have come at a worse time for the government, as it is trying to reform its financial regulatory system, creating one "mega-regulator," and is employing great effort and rhetoric to make Moscow an international financial center.

On the other hand, these events might be a blessing in disguise as they focus much needed public and government attention on the pension sector and might act as a catalyst for further reforms in this key sector. I believe that such further reforms are badly needed, as the Russian pension reform is considerably lagging behind its East European peer states. For example, Poland, with a GDP far smaller than Russia's, has two private pension funds ranked among the top 100 pension funds in Europe. Russia's largest fund (Gazfond) is ranked 122nd, thanks to the corporate pension plan it manages for Gazprom's 380,000 employees, rather than assets accumulated under the Russian pension reform. Russia's next largest fund, Blagosostoyaniye, ranks 351st.

To build up private pension assets more quickly, the pension sector badly needs a second wave of reforms, which should address the following issues:

For any capital market, a well-funded and well-functioning pension sector is vital in terms of long-term, non-speculative local funding. In my view, the above measures and the resulting local and foreign investment into the pension sector would do much more for Moscow as a global financial center than any additional skyscraper in Moskva-City could ever do.