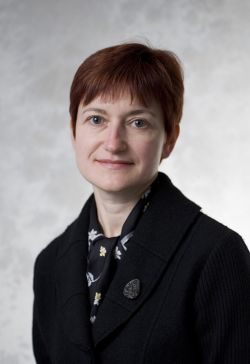 New customs union laws have made certain changes in customs procedures (formerly called "customs regimes"). In this article, we will provide a brief overview of the most significant changes.

The procedure for declaring and releasing exported goods not subject to export duty has been streamlined. Fewer documents are required, and goods may now be declared based on an invoice, transportation documents, documents confirming compliance with non-tariff regulation, documents on the declarant and confirmation that customs fees have been paid. Customs value is not determined, declared or confirmed. The time period for the release of exported goods has been shortened; goods are now to be released within four hours.

Temporary importation is a customs procedure under which goods may be used in Russia with full or partial exemption from customs duties and import VAT.

The new legislation makes certain changes in this procedure. In particular, there are cases in which temporarily imported goods may be transferred for possession and use to another person without permission from the customs authorities. This concerns reusable tare and goods transferred for study and testing, for technical maintenance and repairs, and certain other cases.

A streamlined procedure has been introduced for the temporary importation of scientific and commercial samples. In addition to a simplified declaration procedure, samples are to be released from customs within a shorter period of time (four hours), and the destruction procedure may be applied to temporarily imported samples.

The time period for temporary importation is two years. As previously, this period may be extended (up to 34 months) for leased fixed assets and passenger aircraft. However, only passenger aircraft is exempt from interest for installation.

Under the procedure of processing in the customs territory of the customs union, companies whose business involves processing goods in Russia may, under certain conditions, import goods into Russia for processing without paying customs duty and import VAT. A bank guarantee may be required to secure payment of customs duties and taxes that may be charged if the conditions for this procedure are violated.

Once the goods have been processed and constitute finished products, they must be exported. If finished products are released for free circulation in Russia, customs duty and import VAT will be due on the value of the raw materials as well as late payment interest.

The new customs union legislation allows raw materials imported for processing to be accounted for based on the assumption that goods imported earlier are processed earlier (the so-called "first in, first served" principle).

Previously, goods had to be accounted for on a shipment-by-shipment basis for customs purposes. Although it is still unclear how the new principle will be applied in practice, this provision is expected to simplify the procedure for processing.