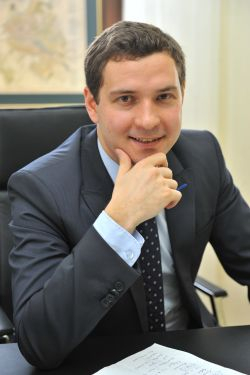 Kazan celebrated its millennium in 2005. This is the event due to which the capital of Tatarstan got its underground line, new Peterburgskaya Ulitsa and a number of other infrastructure facilities. The next major development for the city will be a sports event, the Universiade 2013. World records show that great sports competitions boost the development of the social and economic environment of the host city as well as contribute to higher living standards of the population. The very fact of Kazan's victory in the contest for the right to host the Universiade attracted significant investments into the city. The building boom began, and new jobs were created in Kazan. However, to ensure the maximum effect from such events as the Universiade, we should have a clear idea of how the facilities of the inherited infrastructure will be used in the future.

Sixty-four sites in total are to be prepared for the Universiade 2013. The Universiade Organizing Committee decided to have 34 out of 64 sites modernized and to have 30 more sites newly built. More than 20 sites have been commissioned by now. Second lines of Vatan and Triumph, the universal sports centers, were launched. In May 2009, Tezuche, the universal sports center of the Kazan State Architecture and Building University; and Moskva, the sports complex of the Tatarstan State University for Humanities and Teachers' Training, were opened. They also commissioned a roofed Arkchalak Swimming Pool, Boxing and Ping-Pong Center as well as the Miras Sports Complex. As we can see, most sites mentioned above were established with the universities, and they will belong to these universities after the Universiade is over. A part of sports facilities is located in the dormitory suburbs. Already, both free children's sports schools and fee-based clubs are open in these sports facilities. The complex for trap shooting; the sports center of the Kazan College of Olympic Reserve; the Boxing Center and the Volleyball Center; Vatan, Triumph and Forward complexes; and the Arkchalak Swimming Pool will become a basis for opening of the children's sports schools and clubs. These facilities will be partly financed by the government. But the centers will have to raise the rest of the money themselves by rendering services to people, as well as holding competitions and cultural events.

The Universiade Village has become another large infrastructure site. The Village can accept and accommodate more than 14,000 athletes. The complex includes three lines of residential buildings, a sports complex, a medical center and an international center. The construction of these facilities has allowed the solving of the problem of students' hostels: The students will live in this village even before the start of the Universiade. The first line with the capacity of more than 7,000 people was populated last September.

The transport system of Kazan will also be considerably modernized as part of preparations for the Universiade 2013. Traffic infrastructure will be significantly improved: 23 roads, 40 pedestrian underpasses and overpasses and 12 road junctions will be built. The reconstruction of the Kazan airport was started with the help of a foreign partner's investments. A new terminal is being built. The airport will be able to carry 5 million passengers a year, as a result.

Needless to say, the list of facilities to be reconstructed or newly built is not limited to the above-mentioned sites. However, the specified list is enough to draw a conclusion that the Universiade 2013 will enable the considerable improvement of the infrastructure of the Tatar capital.

Business lobby groups have been at the heart of efforts to persuade the government to soften regulations on emissions and pollution standards.