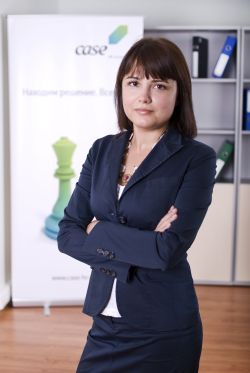 Even though most adults attach great importance to their jobs, there are very few Russian people who have a good understanding of employment law.

The global financial crisis became the driver for heightening interest in and legal awareness of this area. According to the official statistical data published by Russian courts, the annual number of labor disputes has been on the rise since 2008.

Labor disputes rank among the most difficult types of litigation. This, in particular, is why claims filed by employees protecting their employment rights were initially examined by a justice of peace, except for claims related to reinstating employees in their jobs. Later, however, all types of labor disputes became the jurisdiction of district courts.

This was caused, among other things, by weaknesses in employment law and the lack of consolidated judicial practice.

In my opinion, litigation related to the legitimacy of dismissal on the employer's initiative is the most difficult type in its category.

Obviously, the emotional component plays an important role in examining such lawsuits because an existing conflict between the employee and employer is, in most instances, the true reason of discharge due to "unfitness" or "misconduct."

But the main reason is that the overwhelming majority of such lawsuits are evaluative. In other words, neither party is able to present unquestionable evidence to prove its stance in judicial settlement. Therefore, judges render decisions solely on the basis of their evaluation of the evidence presented.

The reason is that employees are often unable to receive access to any required evidence kept by the employer and, therefore, usually ground their arguments on electronic communications, the company's informal internal rules and other documents, for which is it is very difficult to prove legitimacy.

In turn, the employer is also unable to provide any documents signed by the employee that could prove the legitimacy of its argument.

Things become ever more complicated when each party adduces witnesses who give divergent testimonies.

In particular, it is quite difficult for the employer to win a case related to dismissal due to non-fulfillment or improper fulfillment of duties, if the employee has no specific employment functions set forth in writing.

On the other hand, according to the law, it is the employer who is obliged to prove the legitimacy of dismissal at the employer's initiative. Otherwise, the court will interpret the evidence in favor of the employee and sustain the claim.