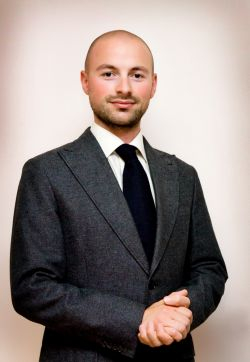 The issue of duration of employment contracts entered into with foreign citizens in relation to Russian labor law often arises in the course of recruiting foreigner employees in Russia.

Nonetheless, we would like to present an analysis from a strictly legal point of view.

Article 5 of the Labor Code states that, after the Russian Constitution, the code has the greatest legal power in the legal regulation of matters pertaining to labor relations. Therefore, other federal statutes containing labor law norms must comply with the Labor Code.

The Labor Code specifies that a fixed-term employment contract can be made only in cases that are provided by Article 59 of the Labor Code or other federal laws.

Meanwhile, neither Article 59 of the Labor Code nor other federal laws, such as Federal Law No. 115-FZ of July 25, 2002, on the legal status of foreign citizens in the Russian Federation, include the nationality of foreign workers as a basis for concluding fixed-term employment contracts with them.

Consequently, concluding a fixed-term contract is not allowed in this case. Employment contracts with foreign citizens must be concluded for a non-fixed period.

From this it follows that foreigners have the right to insist on concluding non-fixed employment contracts. Furthermore, according to Article 58 of the Labor Code, if an employer has unreasonably concluded a fixed-term employment contract with a foreigner, the court may then decide that this contract is recognized as being for a non-fixed period.

Meanwhile, it is worth remembering that, for most foreign citizens, Russian labor legislation does provide additional instances for terminating employment contracts.

Paragraph 9, Part 1 of Article 83 of the Labor Code stipulates that an employment contract be terminated in the case of the expiry or withdrawal of an employee's "specific right," in this case the legal right of the foreigner to work in Russia, if it entails the impossibility of performance of duties by the employee under the terms of the employment contract.

The second ground for terminating an employment contract is provided in Paragraph 9.3., Article 18 of Federal Law No. 115-FZ of July 25, 2002. According to this article, in the case of cancellation or expiration of a work permit, if there are no grounds for extending the deadline or if the foreigner has not taken the actions required for such an extension, the employment contract can be terminated.

But the presence in the legislation of these grounds for terminating employment with foreigners does not weaken the value of the non-fixed employment contract as a legal guarantee of the stability of the working relationship.

Appropriate dismissal on these grounds represents a complicated matter. In the case of the expiry or withdrawal of an employee's "specific right," it is necessary that these circumstances arise due to circumstances beyond the will of the parties involved, meaning both employer and employee. In other words, an employer cannot simply fail to apply for the renewal of a work permit, thus resulting in an employment contract being terminated, since the employer bears the responsibility for obtaining work permits for foreign employees.

The second rule of dismissal legislation also included a clause stating that the employment contract shall be terminated if there are no grounds for extending the work permit, or if the foreigner did not undertake the actions required for such an extension to be offered. Again, it is the responsibility of the employer to provide the work permit. Therefore, the option of the employer voiding the contract by simply failing to deliver documents for a new work permit cannot be considered legitimate.