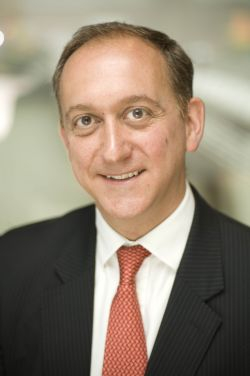 The U.K. Bribery Act 2010 (the “Act”) will enter into force in April 2011. The Act and its expected enforcement propel the United Kingdom to the forefront of the fight against international bribery and corruption.

The Act consolidates existing U.K. laws on bribery, but it also introduces two new offenses, that is, bribing a foreign public official, which implements the Organization for Economic Cooperation and Development’s convention on the subject and which applies to individuals and companies, and failing to prevent bribery, which applies to companies.

Companies that commit the offense of failing to prevent bribery face criminal penalties of unlimited fines, as well as possible disbarment from tendering for contracts across the European Union, civil claims and, of course, reputational damage.

The offense is structured in terms of making it an offense on the part of the company, if any person associated with the company, which includes not only employees but third parties such as intermediaries and agents — in fact any person who performs services for or on behalf of the company — bribes another person, intending to obtain or retain business, or an advantage in the conduct of business, for the company. The only defense available is for the company to prove that it had in place adequate procedures designed to prevent such associated persons from committing such bribery.

The Act therefore effectively requires any company that carries on a business, or part of a business, in the United Kingdom to have adequate procedures in place to prevent bribery anywhere in the world, not only by its own staff, but also by anyone acting on its behalf before public officials and private sector partners.

How can companies ensure that they will be in compliance when the Act comes into force in April 2011? In order to ensure compliance, an independent assessment of existing anti-bribery measures should be undertaken, commissioned by the board. If no existing anti-bribery measures are in place, then to start from the beginning requires investment in terms of time, commitment and responsibility. The key steps include undertaking a full, global risk assessment; developing an anti-bribery action plan; creating a code of ethical conduct and policies to guide compliance with the code, including on gifts and hospitality, political donations, lobbying and handling cash; developing a system of checks and controls within the financial management system to ensure implementation of the policies; and integrating the anti-bribery procedures into the company’s structure through measures such as training, “whistleblower” support to staff, reviewing contracts with third parties and employee performance reviews.

In addition to engaging professionals to advise on the compliance process, some assistance will be provided by the U.K. government guidelines on adequate procedures, which will be finalized in the new year. In addition, there is a body of other guidance that can be used to prepare anti-bribery procedures, such as various OECD and Transparency International publications, and the extensive history of enforcement of the U.S. Foreign Corrupt Practices Act.

The criminal, reputational and contractual risks of involvement in bribery, or of not preventing bribery by others acting on the company’s behalf, are high. The Act significantly strengthens the United Kingdom’s legal framework for the prosecution of bribery anywhere in the world, and it imposes wide-ranging requirements on companies proactively to ensure that bribery is prevented.

Belarus President Alexander Lukashenko, who once touted vodka and saunas to ward off Covid-19, said on Monday that schoolchildren in the ex-Soviet...