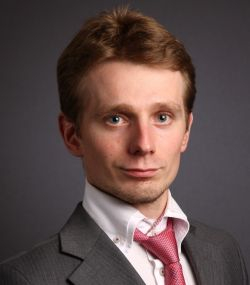 On Sept. 30, 2010, a set of laws on the Skolkovo innovation center (the “Laws”) came into effect. Not much time has passed since then, but one can state that the legal mechanisms used in the Laws are unique for Russia, including as pertains to special tax and customs regulations.

Project participants can be located outside the Skolkovo territory until Jan. 1, 2014. This in fact expands Skolkovo to include all of Russia. This provision was included because of President Dmitry Medvedev’s desire to launch the project without waiting for construction of the center to be completed. Unfortunately, a clear procedure for selecting project participants currently does not exist, and small innovation companies are apprehensive that the selection procedure will not be transparent. It will be much more difficult for such companies to be included in the “chosen list,” than for large companies affiliated with members of the Skolkovo Fund Board.

Some of the world’s largest high-tech corporations have announced their interest in participating in the Skolkovo project. The Skolkovo Fund Board includes managers from Intel, Google, Siemens AG, Bouygues, Tata Sons, Nokia and Cisco Systems, which speaks of a genuine interest among the largest international companies to participate in this project.

The Laws provide the possibility to recover customs duty and VAT expenses when importing into Russia goods for use in construction, equipping and fitting out of the center’s real estate facilities or goods necessary for performing research activity in the center. Expenses will be reimbursed to project participants as well as all companies and entrepreneurs who participate in the project’s implementation, for example, the managing company, companies that sign agreements with it, etc. Moreover, a separate subdivision of the customs service will be functioning at Skolkovo and will service the center only.

It is presently unclear how the customs benefits will be applied within the customs union of the Eurasian Economic Community. Under the trilateral agreement between EEC members, customs duties paid on the territory of one member of the customs union are to be distributed among all members. In connection with this, the issue of how these benefits will be agreed upon with the other EEC participants remains open. It may turn out that Russia will compensate customs duties to project participants solely from its own budget, which will cause an additional strain on the Russian budget.

In addition to the customs benefits, the Laws give the participants unique tax benefits. In particular, participants are entitled to not pay VAT and profit tax for 10 years. Moreover, in the first 10 years the participants will be making insurance payments of 14 percent to the pension fund, while starting from 2011 payments for all Russian companies will comprise 26 percent. Within the same 10-year period the project participants will not be making any payments to the social insurance fund and mandatory medical insurance fund. The said funds will compensate for the uncollected income through interbudgetary transfers from the federal budget.

Adoption of the Laws is a big step toward developing the high-tech field in Russia. The main thing now is to use the new capabilities properly, and perhaps in 10 years Russia will have companies comparable to Google or Intel or even excelling above and beyond them.