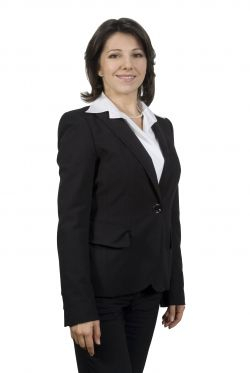 In 2010, the number of employment disputes that have ended up in court has been continually increasing. Traditionally, litigation is most common in cases on termination, disciplinary fines, unpaid wages and bonuses. This year we are also witnessing the following trends: First, we see an increasing number of employment disputes based on discrimination, in particular over wage differences and varying compensation and benefit packages for equivalent labor. Second, disclosures of employees’ personal data and violations of the regime for commercial secrets are leading to court action more and more often. Third, trade unions are initiating more employment litigation cases. Finally, the number of termination disputes filed by foreign employees is on the rise.

There have been positive developments in court practice, including rulings acknowledging that employees abused their rights and dismissing such claims. Another favorable innovation is that courts have started publishing their rulings. As a result, employers finally have an opportunity to leverage up-to-date court practice when adopting complex HR decisions, defending their positions in court and also during audits by the labor inspectorate or the public prosecutor’s office.

Analysis of court practice leads us to draw two key conclusions. First, employees are growing more legally literate and know how to protect their employment rights. If there are conflicts, they actively initiate a court action. They even form small trade unions with a few members specifically to protect their individual interests, thereby creating serious headaches for employers. Second, courts often carefully investigate all the case details and examine all the documents. Consequently, in most cases employers only win in court if they prepare meticulously for “maneuvers” with employees, work out all the details in advance and proactively prepare a reliable documentary “basis.”

Obviously, termination cases are the biggest concern for employers. If an employee is reinstated, the company has to deal with a number of negative implications, including financial ones: The employer has to pay the average monthly wage throughout the judicial process, which can last over a year. Additionally, the employer has to reinstate the dismissed employee and seek another termination opportunity, which may be contested.

If a case goes to court, the employer must prove that it complied with the procedure for terminating the employment contract. For this reason, in addition to steadfast adherence to statutory procedures, the employer should document every action relating to the employee immediately. The choice of witnesses to sign certificates evidencing, for example, that the employee refused to sign the termination notice, is key. Witnesses should be selected with the utmost care, as their statements can strengthen or undermine the employer’s position in court.

Under the new law on mediation, as of January 2011 employment disputes in Russia can be resolved through mediation. The main goal of mediation is to avoid protracted litigation and enables the parties involved to reach a compromise and to “save face.” Most importantly, this procedure would eliminate the risk that sensitive information becomes public when the court decision is published. This is particularly important in disputes with senior management. Additionally, mediation takes far less time than litigation, which sometimes lasts for several years.

Due to the law’s imperfections, mediation may only become an effective tool after further amendments. However, this is still the start of a very positive trend.

Employers should start preparing for this alternative now. We recommend including the mediation clause in employment agreements with all new hires. While the risk of litigation will not be eliminated by this clause, it will be gradually reduced, as mediation gains in popularity in Russia.