It’s often said that one cannot fully understand Russia without spending a considerable amount of time beyond the confines of Moscow and St. Petersburg, the country’s two largest and most cosmopolitan cities.

Spending the winter in Russia's fourth-largest city, Yekaterinburg, has only reaffirmed the truth of that statement to me.

Located in the Ural Mountains on the border between European Russia and Siberia, Yekaterinburg is one of three Russian cities I’ve called home and to which I have familial ties.

As in Moscow and St. Petersburg, life there appears to be carrying on largely as normal despite the war in Ukraine, with the appearance of pro-war propaganda the only visible difference at first. Most noticeably, a giant ‘Z’ symbol was unfurled on the Arts Academy building for Putin’s planned visit to the city in December, only for him to cancel his trip the night before.

Just as in Moscow and St. Petersburg, many of Yekaterinburg’s residents are insulated from the obvious effects of the war by their relative wealth, sheltered by the profits from hydrocarbons. Despite this, most people don’t appear to be indifferent to the “special military operation” — but the introduction of FSB Order 547 in December, which further restricts public discussion of topics relating to the war, has succeeded in stifling debate.

Following the collapse of the Soviet Union, Yekaterinburg — a closed city for much of the Soviet era — opened up and welcomed new companies to fill the void left by its shuttered armaments factories. The creative industries and tech companies began to thrive, and by 2019 the city boasted over 500 startups, mostly in trade and services.

By the end of 2021, Yekaterinburg was brimming with optimism as it began preparations to host the 2023 World University Games. The games have now inevitably been postponed due to the war and that optimism has vanished. Many entrepreneurs, tech specialists, and members of the creative classes have either canceled projects or left the city altogether since February, with the severing of educational and cultural links with the West creating real isolation in those sectors.

Just five diplomatic missions remain in the city and the British consulate is routinely subject to verbal attacks from the local press as well as cyber attacks from murkier sources. One media outlet even sent a news crew to stand outside accusing locals attending a recent event there of being “fifth columnists.”

Yet shopping mall storefronts that stood vacant after Western brands departed Russia are filling up again. The supermarkets are full — as are restaurants, bars, and theaters, despite sharp price increases. It’s not immediately clear which food products are no longer available, as other, domestically made products have replaced them. Food packaging is more minimal and less colorful than it used to be due to the expense and difficulty of importing ink.

At a student roundtable at a local university, all discussion of Ukraine is prohibited and peculiar opinions of the West are presented. One student tells me he distrusts the European Union because of Napoleon and Hitler. When I asked him what either of those figures has to do with the EU, he seemed genuinely perplexed. To him the connection was obvious, yet he struggled to explain it.

Nonetheless, that same student said he and his classmates all wanted to be able to visit Europe again in the future. Another student asked if more foreign academics would be visiting soon — and failed to see any contradiction between this question and the collective mistrust of Europe that had just been made so clear.

Their views are particularly surprising given Yekaterinburg’s traditionally liberal bent — the city was after all Boris Yeltsin’s power base before he became Russia’s first democratically elected president. In 2013 locals elected opposition politician and anti-corruption campaigner Yevgeny Roizman as their mayor, an upset that led the Kremlin to cancel mayoral elections in the city when his term ended in 2018.

Yekaterinburg is also home to multiple independent media outlets including Republic and It’s My City, though the editor-in-chief of both publications, Dmitry Kolezev, left Russia in April and now works from Lithuania. In November, Russian authorities labeled Kolezev a “foreign agent” and added the staunch Kremlin critic to its wanted list, though the charges against him remain opaque.

According to Kolezev, the combination of his foreign agent status and Russia’s wartime censorship laws has made his work extremely difficult, including by prompting advertisers to desert his titles.

Former mayor Roizman, who was himself declared a “foreign agent” in August, is now under house arrest on charges linked to his anti-war position. It was perhaps surprising therefore to see Sverdlovsk region Governor Yevgeny Kuyvashev — a member of Putin’s United Russia party — come to Roizman’s defense, saying that he deserved “justice and respect.” Pro-Kremlin politicians defending opposition politicians is practically unheard of elsewhere in Russia, and this detail adds to Yekaterinburg’s protean political identity.

Even more surprising was the timing of the intervention, which followed a very public spat between Kuyvashev and Russia’s most famous political talk show host Vladimir Solovyov. The arch-Kremlin propagandist called Yekaterinburg a city full of “vile liberotas,” using an insulting term for Russian liberals. The ensuing public back and forth made national headlines for weeks, although the Kremlin declined to comment on the matter.

To those more versed in Yekaterinburg politics, it was less unusual. As Kolezev noted, “Kuyvashev has a unique advantage in that he can enlist the support of opposition-minded Russians for the elections, even though he doesn’t need them to win.”

Attacks on popular governors in Russia can backfire, as they did spectacularly in 2020, when the arrest of Khabarovsk Governor Sergei Furgal sparked mass protests in Russia's Far East.

Kolezev later predicted “if future protests don’t start in Yekaterinburg, its residents will certainly join them,” which they consequently did following the announcement of Russia’s ”partial” military mobilization in September.

The source of Yekaterinburg’s liberal streak is hard to pinpoint, but it is undeniable. Nationwide protests against the arrest of Kremlin critic Alexei Navalny in early 2021 brought about 5,000 protesters — including Roizman himself — out onto the city’s streets, one of the highest turnouts anywhere in Russia.

Nearly a year into the war, Yekaterinburg has become emblematic of Russia’s future potential, its current stagnation, and a government that wants to move forward while only looking back. Here, one can see firsthand how the Kremlin maintains its grip on power while experiencing Russia's latest paradox: how life here progresses, regresses, and remains on hold all at once. 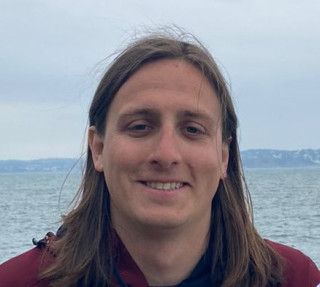 James Pearce is a historian at Anglia Ruskin University College, author of "The Use of History in Putin's Russia" and an upcoming history of Russia's Golden Ring.  @JamesPearce_101
Read more about: Yekaterinburg , Protest , Roizman , Foreign Agents

Yekaterinburg's former mayor will be released after his sentence for "organizing unsanctioned protests" was reduced to one day.

Anti-5G activists set up tents to prevent works at the construction site, saying the tower is unsafe for locals and illegal.
Anti-Russian campaign

The Kremlin Sees Signs of Foreign Interference All Around

One lawmaker pointed to the dual citizenship of a rapper who performed at a Moscow vote protest as evidence of meddling.
Protest

Residents gathered in one of the biggest demonstrations in two decades to protest the move to abolish mayoral elections.