The Russian Medal of Honor will be awarded to the relatives of Ivan Neparatov, a soldier under contract with the Wagner private military company. He was supposed to serve a 25-year prison term, but he was taken from prison to fight in Ukraine, where he literally laid down his head: it was blown off by a shell.

Another Ivan, the journalist Ivan Safronov, was arrested before the war and received a 22-year sentence for literally no-one-knows-what.

What was Ivan Neparatov in jail for? It seems that three people owed him money, each less than 10,000 rubles ($130). He was offended and killed them.

Another time Ivan Neparatov asked his neighbor to drive him and his friends to the house of a Sergiev Posad entrepreneur so he could rob her. When the neighbor did not like the idea, Neparatov was offended and, together with his friends, stabbed him 88 times. They then robbed the businesswoman and also strangled her.

He acted valiently against Ukrainians — and remarkably three years before Euromaidan, foreseeing the development of geopolitical events! Actually, to be precise he acted bravely against one Ukrainian, a foreman. When he found out that he had been given an advance of 176,000 rubles (about $3,000), he got together some friends and liberated the money from him. The man was lucky Neparatov didn’t kill him.

These acts put Ivan Neparatov in jail for 25 years. But he was not destined to serve out his sentence. Recruiters from the Wagner private military company (identified by several publications considered to be foreign agents in Russia) rescued him from prison 13 years before the end of his term so that he could show his contempt for human life on the battlefield. He was killed. He received the Medal of Honor posthumously from President Putin, the same president who was so offended by Euromaidan that he unleashed the war in Ukraine.

Why is Ivan Safronov in jail? I don't know; I don't think anyone knows, including his accusers and the judges.

But as far as I can understand it, he is in prison for reporting on the activities of the military and arms dealers exactly the way a journalist should. Ivan Safronov is able to see in open data what others do not; he understands how the military-sales machine works; and he writes well in Russian (I can testify this this, since I happened to be his editor).

There are far more "criminal episodes" in his biography than in the case of Ivan Neparatov. But these "criminal episodes" never aroused the suspicions of the Federal Guards Service (FSO) or the Federal Security Service (FSB), since Ivan Safronov was repeatedly vetted and admitted to Putin’s presidential press pool, the same president who gave an award to the brave murderer Ivan Neparatov. These are all well-known facts.

Who is more important to the Motherland?

Let’s compare the attitude of the Russian authorities towards the two Ivans.

Ivan Neparatov is a necessary, even indispensable man, an obedient weapon, the kind of "hero" children and young people should apparently look up to in school “lessons about the most important things” (Pardon the abundance of quotation marks.) He loses his rights by false promises or bribes, because going outside the camp unambiguously takes him outside the law; he loses his will, so no one pays attention to his wishes or ideas; he loses his independence; he almost does not exist as a person. I’d say that people are trying to achieve the same effect (and sometimes succeed) by brainwashing through television, the only difference being that brainwashed citizens do not physically go to war — they just support murder and destruction.

Ivan Safronov is a "criminal" who is harmful and dangerous to the state and can only be spoken of with regret. But even a cruel sentence does not deprive him of his will, talent, or support; in the eyes of his colleagues and any thoughtful person, Ivan Safronov is a model of fortitude and a true hero. People like Ivan Safronov ultimately create the energy necessary for a radical change to normalize the political situation.

If you have passed the FSB and FSO checks, it does not mean that military intelligence is not interested in you. Many people who followed the Ivan Safronov "case” realized this.

Here, if you will permit me, I’ll make a broader generalization that verges on a conspiracy theory. The "case" of Ivan Safronov can be understood as military intelligence making the FSB aware of its shortcomings. How could they have missed this dangerous man after conducting so many checks?! Let me remind you how many scientists studying issues associated with the military have become victims of criminal prosecution by the FSB. I assume that these cases would not have been possible without the significant involvement of the military.

It’s even clear why the military might need jailed academics with PhDs. Russia has long ago become a militarized state, and successes need to be reported to the leaders. But the successes are modest. They need a reason to explain this modesty — and here it is, all these traitors — old people and cancer patients.

Ivan Safronov was also deprived of his freedom for this reason. It would seem that the military believes he worked on their territory and worse yet, questioned the complex geopolitical preparations for the future war.

From this evidence-free reasoning (Ivan Safronov would have demanded facts!), we might conclude that the people in charge of Russia now — and for a while now — are the military, not the Chekists. The tragic fate of Ivan Neparatov, a powerless robber and cannon fodder, confirms it.

Ivan Safronov's cruel "verdict" is a signal from the military to anyone considering encroaching on their dominant role. 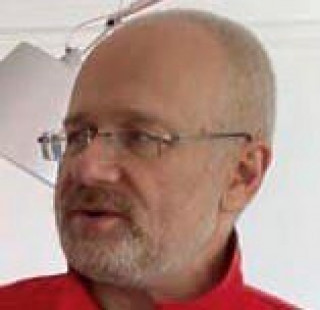 Kirill Kharatyan is an editor at VPost.

Kirill Kharatyan is an editor at VPost.