In the corridors of the first floor of Russia’s Civic Chamber in central Moscow, dozens of paintings of cats, monkeys and parrots hang on the walls.

The unlikely artist is Viktor Bout, also known as the “merchant of death,” a former Russian arms dealer serving a 25-year sentence in a U.S. jail who was the inspiration for the 2005 Hollywood movie "Lord of War" starring Nicolas Cage.

“We held the exhibition to show that Viktor still has the will to go on, despite his difficult situation,” said Bout’s wife Alla, who runs the Road to Home foundation which lobbies for her husband’s release.

Putin Backs Prisoner Swap With U.S. Ahead of Biden Summit

Alla also said she hoped the exhibition would keep her husband in the news.

“It is also important to remind people that he is still in jail, a lot of time has passed since he was first arrested,” she added.

Bout, a former army lieutenant, has so far spent 11 years in an American prison after his 2008 arrest in Thailand in an elaborate sting operation, during which U.S. Drug Enforcement Administration agents posed as Colombian Marxist rebels seeking to buy an arsenal of modern weapons.

Throughout his incarceration, Bout has been linked repeatedly with prisoner swaps involving Americans jailed in Russia.

Most recently, reports have emerged that Bout could be exchanged for Paul Whelan, a former security official at an auto parts company who was arrested in December 2018 on charges of espionage, or Trevor Reed, who was arrested in 2019 for a brawl in which he punched two Russian police officers.

However, as the threat of a Russian invasion of Ukraine has become a global talking point over the last month, it’s unlikely the topic of prisoner exchange will be raised during Tuesday’s high-stakes virtual summit between Russian President Vladimir Putin and his U.S. counterpart Joe Biden. 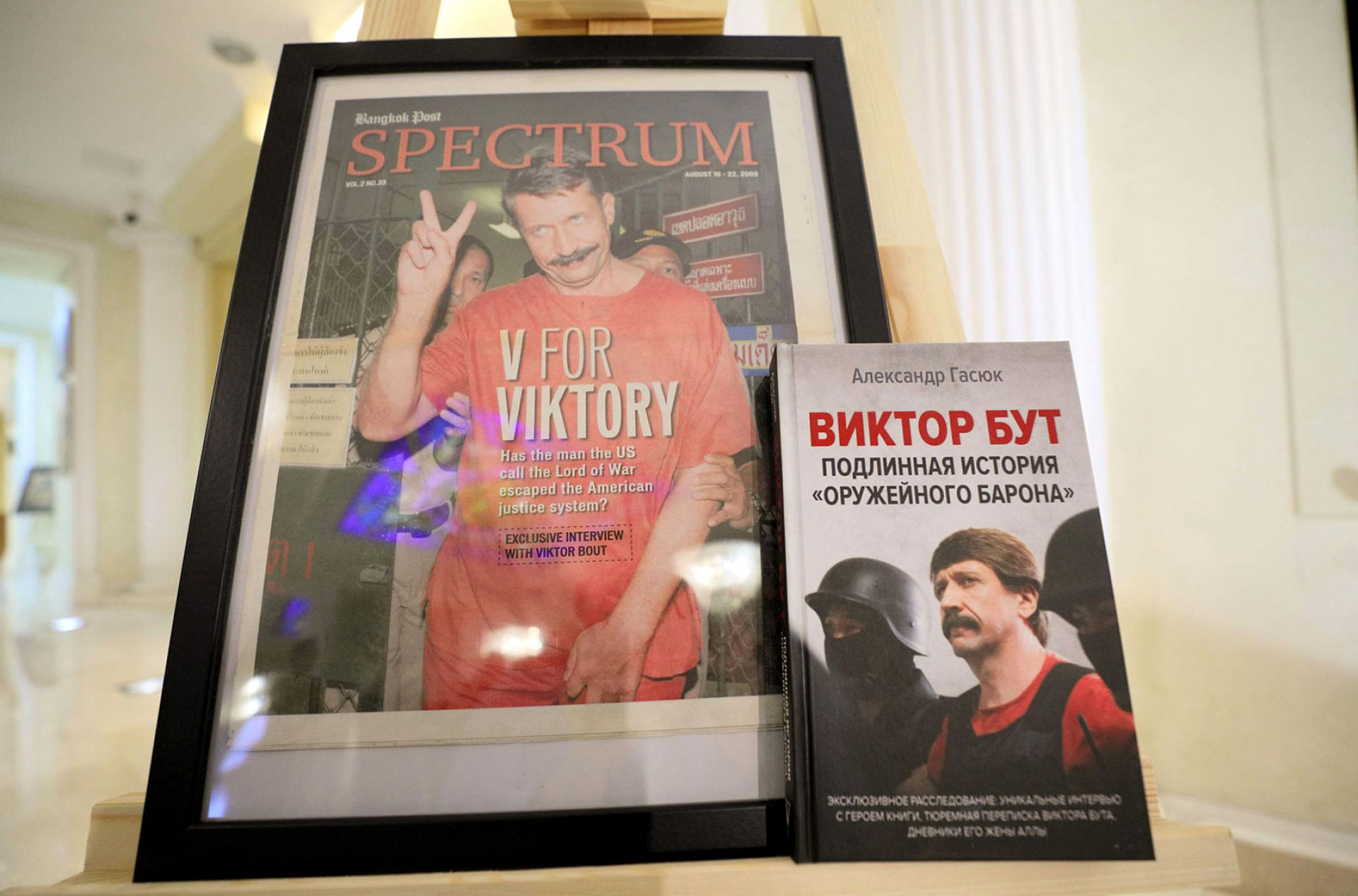 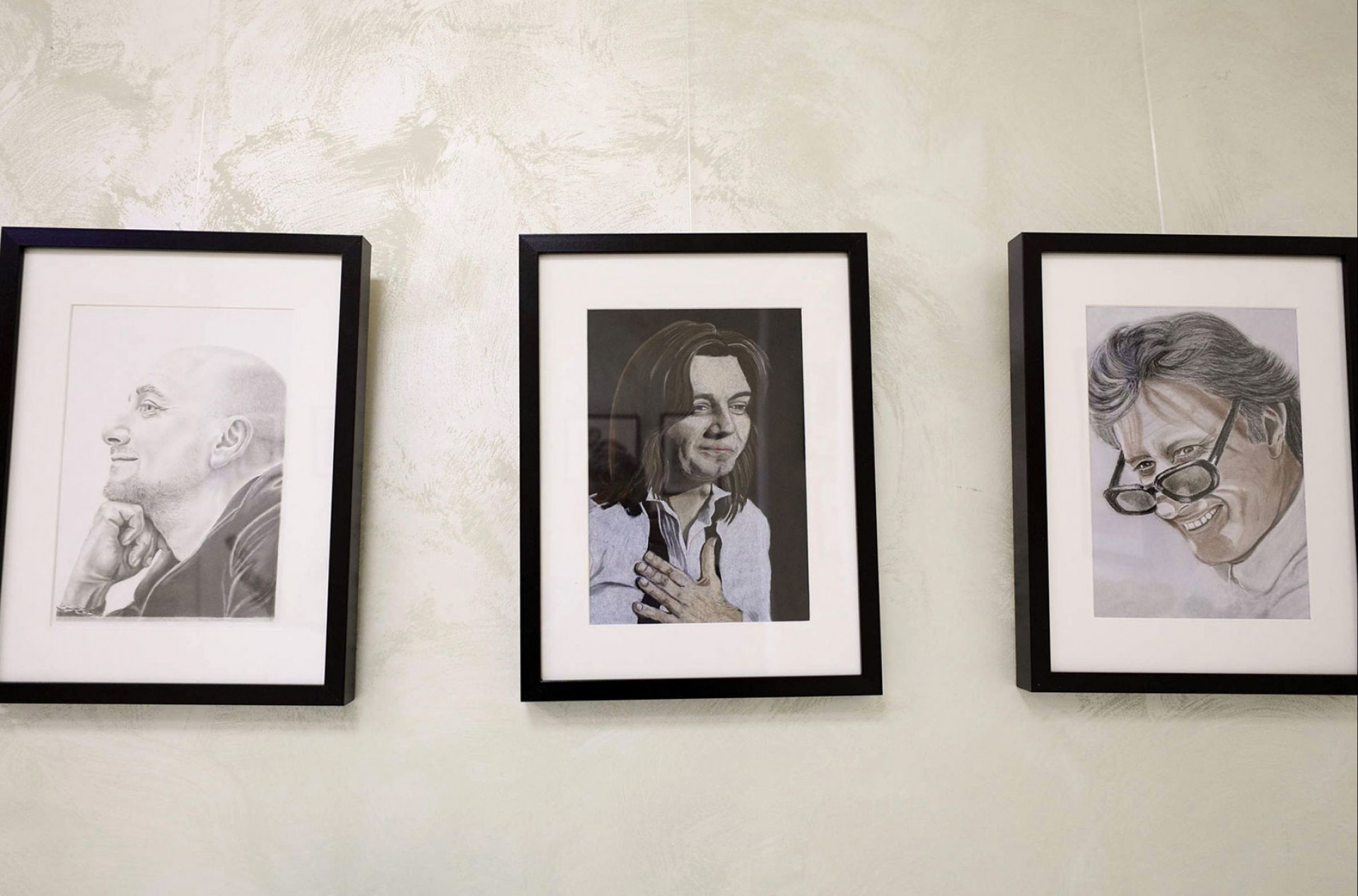 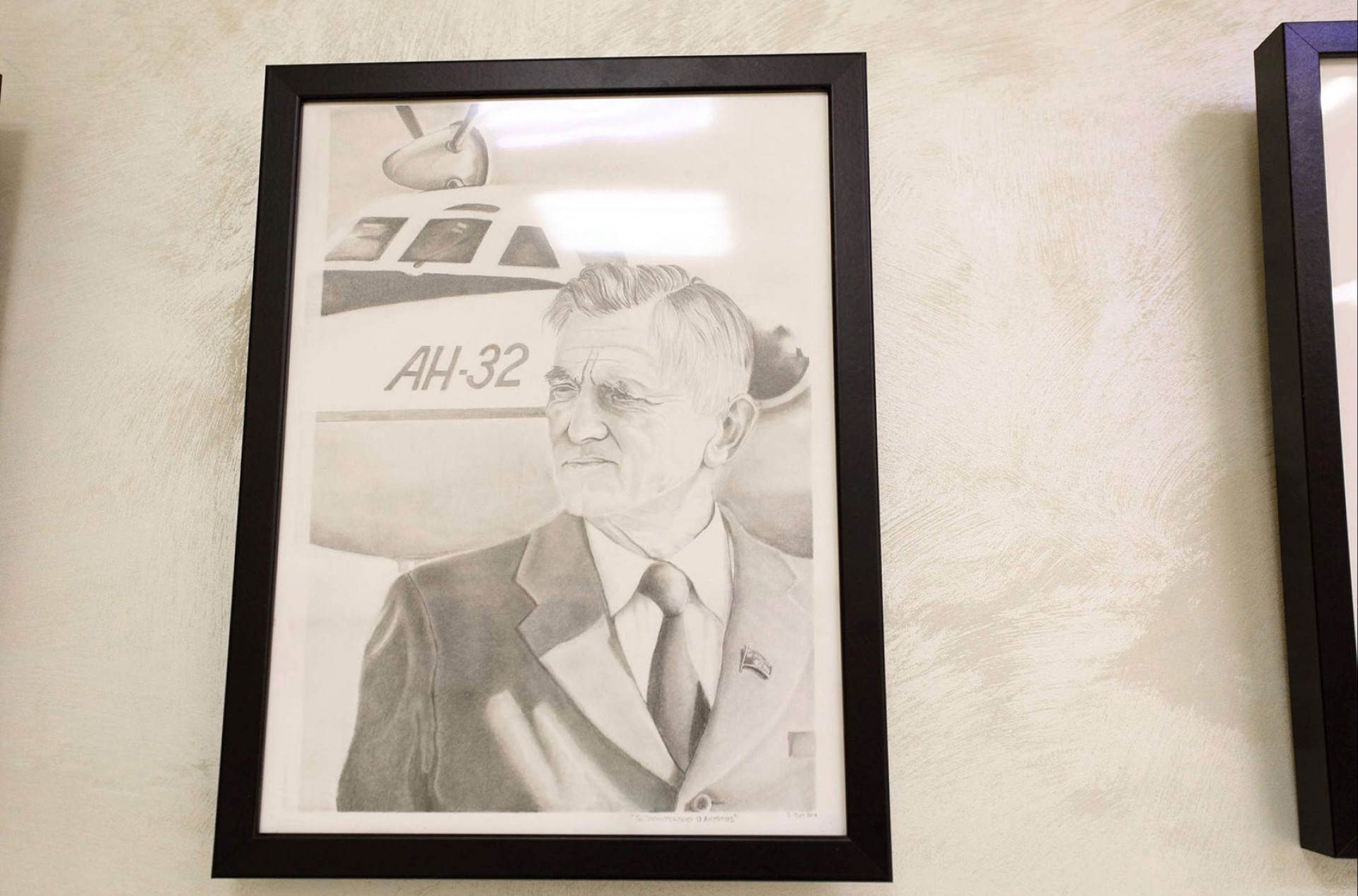 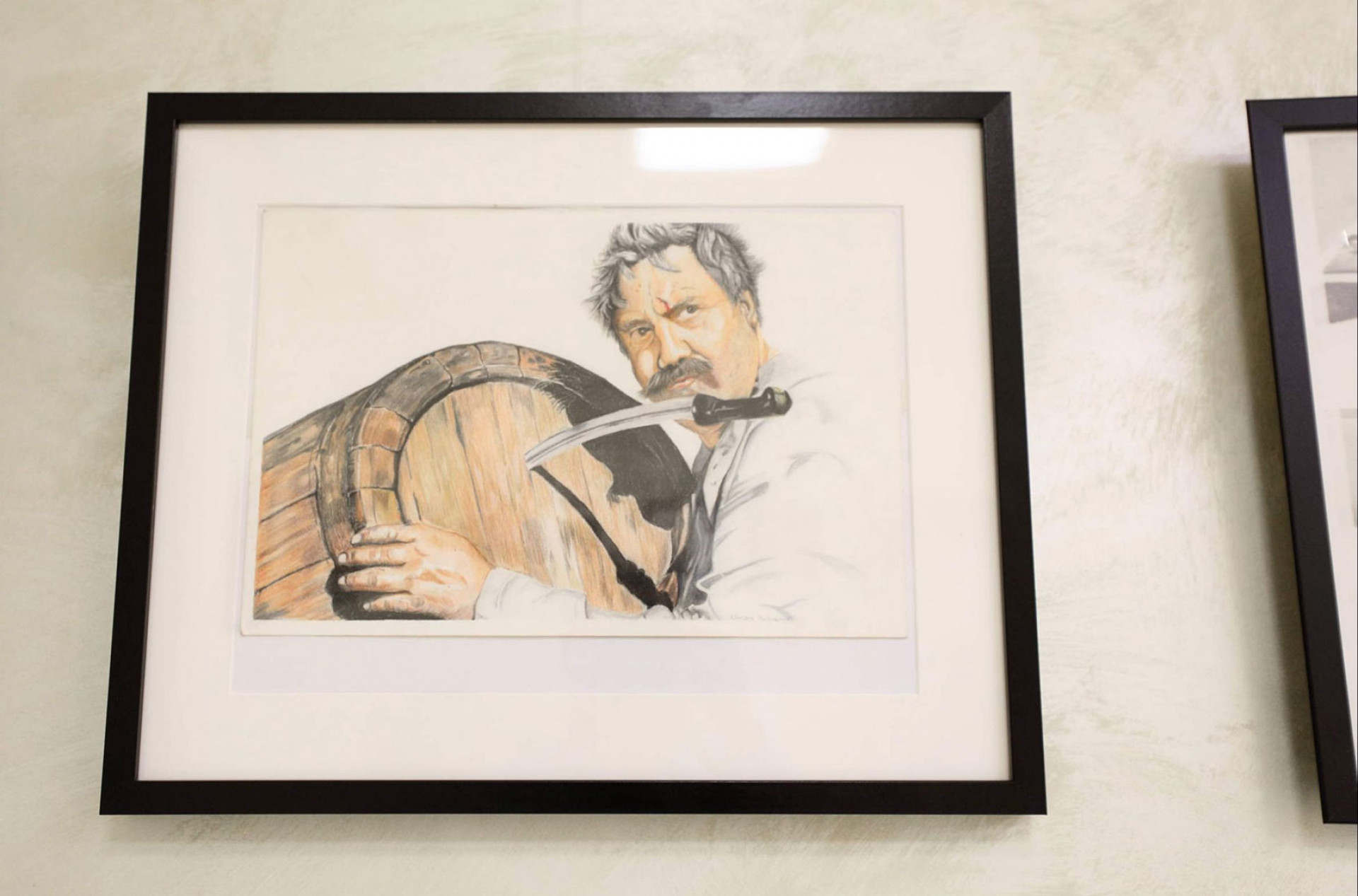 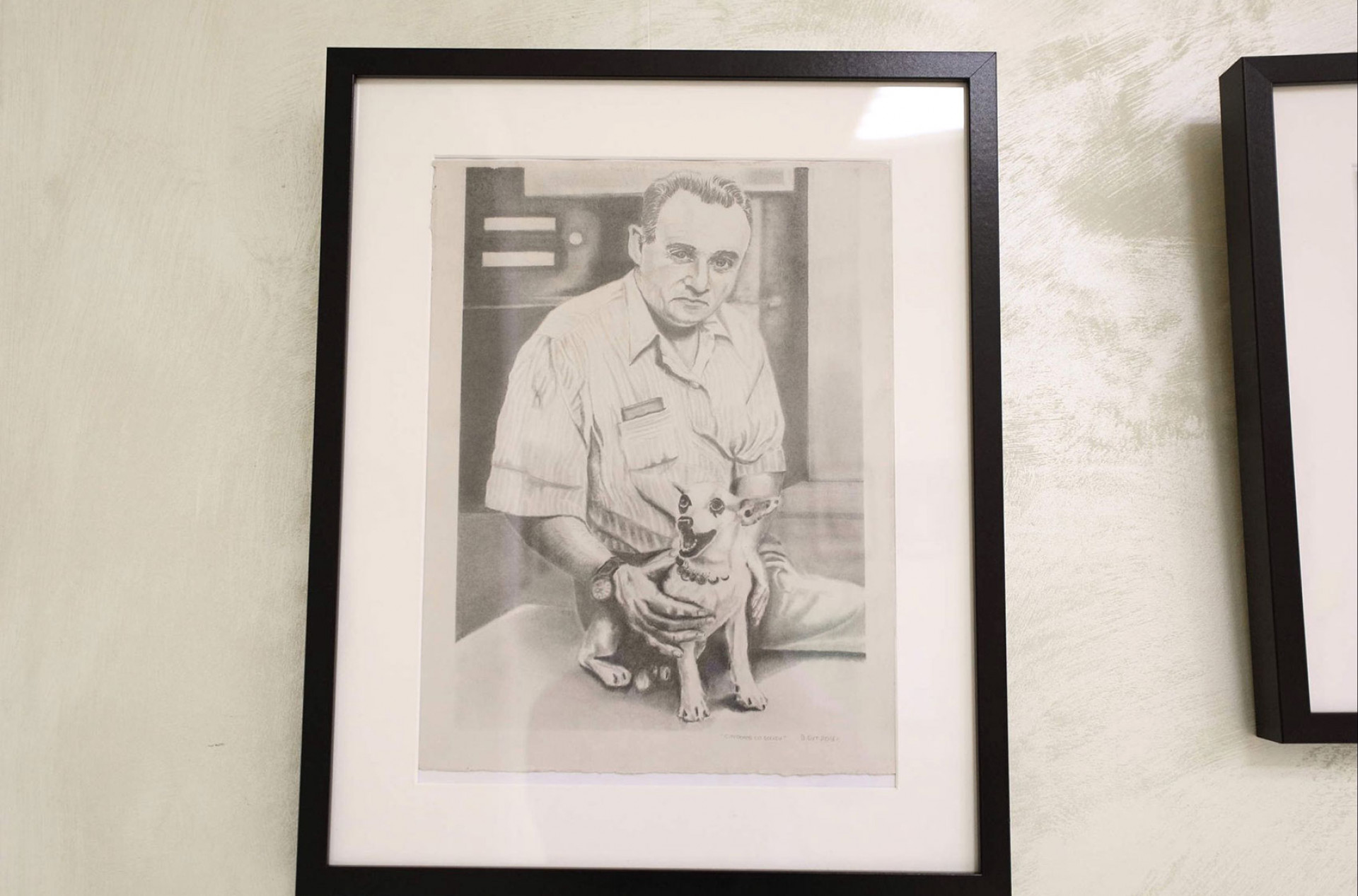 U.S. prosecutors have alleged that Bout's weapons fueled armed conflicts in some of the world's bloodiest hot spots, including Rwanda, Angola and the Democratic Republic of the Congo. Bout has always insisted he was a legitimate businessman.

The Moscow exhibition includes 24 of Bout’s portraits, landscapes and still lives — including a number of self portraits behind bars featuring his signature mustache. The works are in pencil, ballpoint pen, pastels, wax crayons and oil paints provided by the United States Penitentiary in Marion.

Alla Bout said each drawing “had a very difficult path to Russia,” having been flown into the country by Russian diplomatic staff.

“Viktor would send the drawings to the Russian embassy in Washington and our diplomats would take one of the pieces every time they flew home on holiday,” she said.

The exhibition opened on Monday, with a number of government-linked guests in attendance, including Maria Butina, the high-profile gun rights activist who spent 15 months in U.S. prison after admitting to working as an unregistered Russian agent. Butina, who returned to Russia in October 2019 and now has a seat in Russia’s parliament, has been one of Bout’s most vocal supporters.

“When I saw the painting I felt the pain Bout is going through. Pain that made me feel I am still behind bars too,” Butina, who runs a foundation supporting Russians jailed abroad, told The Moscow Times by phone.

Moscow has regularly slammed Bout’s case as political, pointing to statements made by U.S. District Judge Shira Scheindlin — who presided over Bout’s case in Manhattan — in an interview with The New York Times in which she said she believed the sentence was “excessive and inappropriate.”

“I really hope America will agree to exchange prisoners, including Bout, so that he and others can spend time with his family during Christmas. That would help restore relations that are currently at a low point,” Butina said, adding that she wasn’t expecting the topic to be raised today.

Bout’s lawyer Alexei Tarasov said on Monday there has been no progress on the issue of his exchange.

“I don’t see any indications that my clients will be discussed at the talks,” the lawyer told the Russian state news agency TASS.

And while the exhibition’s main aim is to bring renewed attention to Bout’s case, Alla said Viktor’s hobby has also helped keep him sane during his time behind bars.

"For Viktor himself, this is a kind of meditation, when he can be distracted from the conditions facing him in jail, from the gray walls. Through art he can be transported to some other world, the world of freedom."

Diplomatic relations between Moscow and Washington had all but broken down since Biden took office.
'last resort'

Russia's Embassy in Washington warned that bilateral ties were on the brink of "collapse."
harsher stance

Biden Agrees Putin Is a ‘Killer’

Biden answered "I do" when asked if he thought Putin was a killer in an ABC News interview.
nuclear negotiations

"Experience shows that it is necessary to meet and negotiate," the last Soviet leader said.