In recent weeks, Tajikistan has hit the headlines for its hardline stance on Afghanistan, where the Taliban recently returned to power. It might seem that if anyone should be concerned about maintaining good relations with the Taliban, it’s Tajikistan. It has an extensive mountainous border with Afghanistan that is difficult to control, and the Tajik military is believed to be the weakest in Central Asia. Tajikistan is a transit stop for most of the drug traffic from Afghanistan to Russia and Europe, and the country has suffered numerous terrorist attacks in the last few years.

Yet unlike its Central Asian neighbors, plus Russia and China, Tajikistan isn’t rushing to establish ties with the new government in Kabul. On the contrary, it has assumed the role of the Taliban’s main adversary, allegedly supporting the remnants of the Afghan opposition forces (though Dushanbe denies this).

President Emomali Rahmon has returned to the topic of Afghanistan’s misfortunes under the Taliban in practically every recent public speech he has made, even those unrelated to foreign policy. At international meetings and forums, Rahmon has repeatedly said that Tajikistan will not recognize any other government formed in Afghanistan through oppression and persecution, without considering the position of the entire Afghan people, especially all of its ethnic minorities. According to Rahmon, ethnic Tajiks comprise over 46 percent of Afghanistan’s population, though most researchers’ estimates hover around 20 percent.

Back in the summer, Tajikistan was the only country in the region that promised to take in up to 100,000 Afghan refugees. Rahmon also posthumously awarded the prestigious Order of Ismoili Somoni to ethnic Tajik anti-Taliban leaders: the legendary mujahideen commander Ahmad Shah Massoud and Afghanistan’s former president Burhanuddin Rabbani.

There have been persistent rumors that Tajikistan is also aiding the remaining anti-Taliban forces: the National Resistance Front of Afghanistan in Panjshir Province, where over 98 percent of the population are ethnic Tajiks. It’s the only territory that the Taliban haven’t yet taken over completely. According to some reports, resistance leaders Ahmad Massoud junior and Afghanistan’s former vice president and self-proclaimed acting president Amrullah Saleh are currently in Tajikistan. Dushanbe denies the reports of its support for the National Resistance Front, and says that Ahmad Massoud junior simply came to Tajikistan to participate in negotiations with the Taliban that ultimately never took place.

The Taliban have responded by saying they will not tolerate “interference in Afghanistan’s internal affairs” and dispatched fighters to the Tajik border. Tajikistan is also actively demonstrating its military preparedness. For the first time since declaring independence in 1991, Tajikistan has put hundreds of thousands of its troops on alert and recalled its reservists to test their combat readiness. Twenty thousand soldiers were sent to the Afghan border. Rahmon personally visited the country’s border regions for the first time in several years, addressed the troops, and reviewed a military parade.

Nevertheless, it’s too early to say that Tajikistan and Afghanistan are on the brink of war. Despite Rahmon’s harsh rhetoric, he and other high-ranking Tajik officials are acting with extreme caution and avoid direct references to the Taliban, limiting their criticism to the fact that Afghanistan’s new government is not inclusive enough of the country’s ethnic minorities.

Many of Dushanbe’s bold statements remain on paper. The July promise to accept 100,000 refugees, for example, is unlikely to be fulfilled in the near future. Tajikistan’s interior minister, Ramazon Rahimzoda, said in September that Tajikistan was unable to take in a large number of refugees or asylum seekers because “in twenty years, not a single international organization has provided practical assistance in creating infrastructure for taking in refugees and asylum seekers.”

In reality, Dushanbe is sending thousands of refugees back to Afghanistan and does not publish accurate statistics. In mid-October, the head of the State Committee for National Security, Saimumin Yatimov, reported that up to 600 Afghans try to cross the border every day, and the country is currently home to 15,000 Afghan refugees. That translates into rather modest growth, since that figure was already 10,000 in early September, immediately after the Taliban came to power.

Tajikistan has also refrained from severing trade relations with the new Afghan government, even though Afghanistan accounts for just 1.5% of the country’s total trade volume. Electricity, Tajikistan’s main export item to Afghanistan, is still being supplied across the border, even though the Taliban can’t pay for it at the moment, and has already accrued over $11 million in debt.

Some in the Taliban’s ranks are willing to improve relations with Tajikistan, but Rahmon can hardly afford to make such agreements. His regime is reeling from economic difficulties and general fatigue with his almost thirty-year rule, so playing the ethnic nationalist and pan-Tajik defender card ensures his support among the Tajik people.

Ever since the Taliban captured Kabul, ordinary Tajiks have been inundated with shocking photos from Afghanistan on social media, appeals for the international community to heed the plight of the Tajik people in Afghanistan, messages in support of resistance forces, and online petitions.

It’s no less popular to criticize Tajikistan’s other neighbors, such as Uzbekistan — whose foreign minister, Abdulaziz Kamilov, was the region’s first high-ranking official to negotiate with the Taliban in Kabul—for its willingness to cooperate with the Taliban.

Uzbekistan also talks of inclusivity and is concerned about the rights of Uzbeks in Afghanistan, but, unlike Dushanbe, Tashkent doesn’t treat the country’s Uzbeks as “its own people,” or representatives of the Uzbek diaspora, but primarily views them as Afghan nationals.

Dushanbe understands that no supranational Tajik entity exists, but throughout his political career, Rahmon has held himself out to be “the guardian and patron of all Tajiks in the world” (as his associates call him publicly), and the Tajik government actively encourages nationalist sentiment among the public.

The political crisis in neighboring Afghanistan, therefore, has gifted the tenured Tajik leader a chance to redeem himself in the eyes of his people. His trademark mantra about the “peaceful sky over our heads,” of which the public had started to tire, is now relevant once again.

As well as securing support at home, Rahmon has also benefited from being in the international spotlight. He was the only Central Asian leader that French President Emmanuel Macron invited to negotiations in Paris on Oct. 13, when Rahmon and Macron discussed possible French assistance to Tajikistan to stabilize the situation. Rahmon also met with President of the European Council Charles Michel, the EU’s foreign affairs chief Josep Borrell, and other international officials during the same Europe trip.

Tajikistan has no intention of getting into a direct confrontation with the Taliban. Rather, by taking a few more risks than its neighbors, the Tajik leadership is counting on boosting its popularity both at home and abroad. Dushanbe can afford to take such risks, certain that as a last resort, it can always fall back on the Russian troops that secure the Tajik-Afghan border. Tajikistan also engages in close military cooperation with China.

Assuming that the situation in Afghanistan is unlikely to stabilize in the foreseeable future, it may fuel the Rahmon regime for another few years. At the same time, Dushanbe is cautious enough not to go overboard with its rhetoric, meaning Rahmon will still be able to establish contact with the Taliban if the tension brewing along the Afghan border becomes too dangerous. 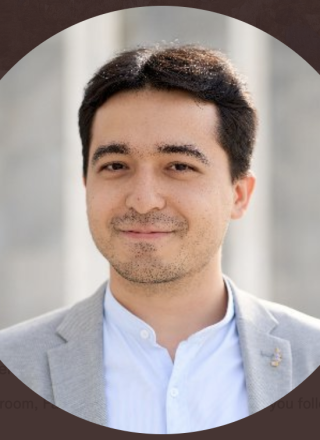 Temur Umarov is a fellow at the Carnegie Endowment for International Peace whose research focuses on Central Asia.
Read more about: Taliban

at the negotiating table

The Kremlin's envoy to Afghanistan also said that Russia plans to send humanitarian aid to the country.
Diplomatic deals

The Taliban have promised not to attack the Russian embassy, said officials.
Afghan Emergency

Russia has called for an emergency UN meeting over the Taliban's imminent seizure of Kabul.
forward advance

The statement came as Russia wrapped up military exercises with Tajikistan and Uzbekistan near the Afghan border.