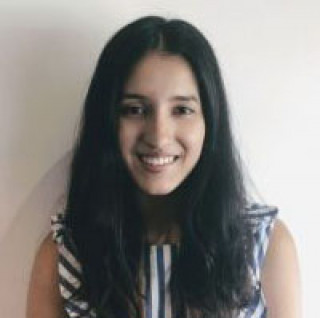 Last week, Narendra Modi was the first Indian prime minister to visit Russia’s Far Eastern city of Vladivostok. He was there to attend the 20th India-Russia Annual Summit followed by the fifth Eastern Economic Forum (EEF), in which he was the chief guest. During the visit, the sides announced a slew of bilateral deals.

These ranged from expanding cooperation in military technology and civil nuclear energy — for which Russia is India’s foremost partner — to hydrocarbons, mining and space, among other areas.

Most significantly, the countries signed a joint statement that recognized Greater Eurasia and the “regions of the Indian and Pacific Oceans” as forming part of a common space and agreed to intensify consultations on complementarities between their respective integration initiatives.

The special and privileged strategic partnership between India and Russia now spans across both Eurasia and the Indo-Pacific. Thereby, three processes are underway that are important to mention.

The first is a mutual recognition of converging interests in the Indo-Pacific region.

While Russia may not be quick to adopt the term — with leaders like President Putin continuing to use the term Asia-Pacific — its invitation of Prime Minister Modi as the EEF’s chief guest is an acknowledgement of the confluence of the Indian and Pacific oceans.

To understand this overlap, we must consider Moscow’s criticism of the Indo-Pacific concept. It supposes that the U.S. and Japan, who “authored” the term, plan to impose it on others. Russia thinks the West is unlikely to establish an equitable regional mechanism that considers the legitimate interests of all players, which threatens to fragment this shared space.

Moscow also considers regional states, particularly those in the Association of Southeast Asian Nations (ASEAN), to be the central elements in regional integration and cooperation processes. This, in turn, does not stand in opposition to India’s vision for the Indo-Pacific, which is premised on inclusiveness, openness and ASEAN’s centrality and unity.

The second process has a longer history — cooperation in their shared extended neighborhood in the Eurasian continent.

On Russia’s vision for a “greater Eurasia” during the St. Petersburg International Economic Forum in 2016, President Putin observed an emergent integration area and proposed a Eurasian partnership — with the Eurasian Economic Union as one of the centers, and with close partners like China, India, Pakistan and Iran.

While Moscow’s deepening partnerships with Islamabad and Beijing worry India, both have shared interests in ensuring a more prosperous and stable Eurasia. India is working alongside Moscow in initiatives across the continent.

These range from transport corridors, particularly the long-delayed International North-South Transport Corridor which became partly operational last year, to regional organizations such as the Shanghai Cooperation Organization — which India was admitted into in 2017 with Moscow’s support.

Finally, the Russian Far East will now serve as a crucial point linking the continental and maritime geographies. In Vladivostok, India unveiled its “Act Far East Policy” and announced a $1 billion line of credit for development projects in the region, while both sides signed an agreement to develop a Vladivostok-Chennai sea route, which can become India’s springboard in the Northeast Asian market.

Prime Minister Modi noted that the Far East “will become a confluence of the Eurasian Union on one side and the open, free and inclusive Indo-Pacific on the other.”

As the future of the Indo-Pacific is intrinsically linked with that of Eurasia — and both are the site of competition among major powers — this is well thought out.

This provides a new vision for the India-Russia partnership. It could also help mitigate the strategic and political divergence that several commentators have highlighted in recent years — particularly Russia’s partnership with China and India’s with the West.

What Biden’s Team Tells Us About His Russia Policy

Biden’s picks, who are mostly on the same page on Russia, give Moscow reason for relief and worry alike.
opinion Alexei Zakharov

Attitudes to the vaccine are strongly influenced by trust in the Kremlin and local governance.
opinion Ilya Klishin

The Capitol Storming Gives Russians an Escape From Their Reality

The great majority of Russians have no say over the future of their cities or regions and so resort to events outside the country.
opinion Mark Galeotti

No One Benefits From Renewed Demonizing of Russia

The continued presentation of a Russian threat that is both outsized and out of control is profoundly problematic for the West itself.