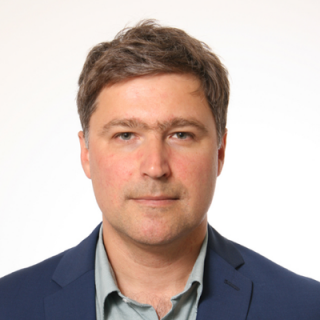 Russian history is characterized by the acceptance of fresh Western ideas that are taken to their furthest and darkest extreme — from Peter the Great’s brutal take on absolutism to Vladimir Lenin’s version of Marxism.

The approach is best described by Prince Myshkin, the protagonist of Fyodor Dostoevsky's novel “The Idiot”: “If one of us goes over to Roman Catholicism, he is sure to become a Jesuit at once, and a rabid one into the bargain. If one of us becomes an atheist, he begins to insist on the prohibition of faith in God by force, that is, by the sword. Why is this?”

This tradition continues with the new ideological ghost that currently haunts Europe — far-right populism. Of course, it is Russia that once again serves as the world’s laboratory where the new paradigm is tested on living people while the rest of the world can sit back and observe.

Aptly, Russia’s current leader embodies this global trend, like Lenin embodied the communist idea a century ago. Fortunately, there is much less human tragedy and much more (post-modernist) circus involved in the events of today. But Russia’s irredentist war in Ukraine shows where rabid nationalism can take us if it remains unchecked.

As last week’s Financial Times (FT) interview proves, Vladimir Putin enjoys playing the role of the world’s biggest alt-right troll. He bragged about the end of liberalism, ridiculed gender pluralism, condemned “Angela Merkel’s mistake” to let millions of migrants into Europe and praised Donald Trump’s immigration policies (while forgetting to mention that, thanks to his own policies, Russia has the world’s fourth-largest immigrant population).

It is important to note that Putin is extremely flexible ideologically. His biography reveals that he has an ability to adapt to the ideological framework that best elevates him in the political hierarchy.

Why Putin Wants to Believe in the Death of Liberalism

He was totally at peace with the liberal paradigm back in the 1990s; later he happily toyed with Soviet nostalgia, blood & soil ethnonationalism and Christian fundamentalism. He would turn liberal again if it helped keep his ratings afloat. The biggest obstacle to this turn though is that liberalism would spell the death of the predatory oligarchic state he has built (which won’t prevent him from happily outliving it).

This ideological flexibility is also an inherent feature of the modern alt-right in the West. From Milo Yiannopoulos and Steve Bannon in the United States to Geert Wilders in the Netherlands and the leaders of Germany’s Alternative for Germany (AFD) political party, it is normal for today’s far-right to support democracy, LGBT rights and the state of Israel, while channeling their hatred toward Muslims and other immigrants. It’s even messier in Eastern Europe, where far-right politicians, who are an integral part of the local political mainstream, are routinely labeled “pro-Western reformers” in the West.

In a post-modernist world, ideology is never permanent — it’s just the packaging one chooses depending on the demands of the market.

Far-right populism is a voter mobilization strategy that appeals to the darker aspects of human nature, such as xenophobia, cynicism and egoism. From the viewpoint of the spin doctor, this is purely a technological choice — like the one between playing bull or bear on the stock market. Liberals capitalize on ideas and policies that elevate the human spirit while their opponents benefit from hatred and conflict. Both are prone to faking.

Back in the 1990s, Russia was the first place where the post-Cold War liberal dream spectacularly collapsed.

Liberalism became synonymous with extreme poverty, interethnic bloodshed and borders separating families. The far-right was quick to fill the vacuum.

Far-right politicians like Vladimir Zhirinovsky — with his fake “liberal-democratic” party — as well as Alexander Dugin and Eduard Limonov — with their revolutionary fusion of Bolshevism and Nazism — were the precursors of the first synthetic political brands that merged into the global nationalist ‘International’ of today.

Back in those days, they already bore the key features of the modern far-right, including a toxic trolling culture, media savviness and a demonstrative lack of real principles. Putin’s ideologist Vladislav Surkov brought their ideas together and gave them a flair of respectability in his concept of “sovereign democracy” in 2005.

Putin wouldn’t have evolved into a far-right leader if not for the corruption, double standards and intellectual impotence of Russia’s liberals.

The young Russian “liberal” reformers of the 1990s are directly responsible for the emergence of oligarchic capitalism, which quite naturally led the country toward authoritarianism. Many former liberals, including businessman Anatoly Chubais and TV propagandists Dmitry Kiselyov and Konstantin Ernst, are now part and parcel of Putin’s regime. Influenced by U.S. neocons, some of them, like oligarch Pyotr Aven, toyed with the idea of a “Russian Pinochet,” paving way for the rise of Putin.

The Highlights of Putin's 'Liberalism is Obsolete' Interview With FT

It’s much the same story when it comes to Putin confronting liberal democracy in the West. You can’t demand for Russia to ditch its nationalism and irredentism while you encourage far-right language and historical memory policies in Eastern Europe, or supply weapons to the Nazi-leaning Azov regiment in Ukraine.

You can’t stop Russia from meddling in its neighborhood when you meddle all around the world, with grave results for local populations. You can’t tell Russia to stop farming trolls and spreading fake news, when your own partisan troll farms and infowar operations do that on a larger scale, using your own online platforms that you fail to regulate.

Although prompted by the Kremlin’s manipulations, the paranoid Russiagate campaign, which often degraded into xenophobic attacks on Russians as a whole and produced an entire industry of grifters and fake Russia experts, has solidified Putin’s contempt for Western liberal discourse, while failing to achieve its goal of toppling Trump or even of ruling out his re-election.

Now the growing fatigue toward Ukraine, which is exemplified by Russia’s reinstatement in the Parliamentary Assembly of the Council of Europe (PACE) and indeed by the absence of Ukraine as a subject in FT’s 90-minute interview with Putin last week, must be reassuring the Russian president that the strategic cycle he started by annexing Crimea in 2014 is likely to end with him as a winner. Tragically, this is happening precisely when the Ukrainian people ditched ethnonationalism in their recent presidential elections in favor of something that looks much more like a genuine, inclusive liberal democracy.

When a hardened cynic like Vladimir Putin appears on TV screens, it is tempting for many in the West to dismiss him as an alien overlord from a distant galaxy whose very DNA differs from theirs. Will they ever admit that they are looking at a grotesque and cartoonish depiction of themselves?

Leonid Ragozin is a freelance journalist based in Riga, Latvia. He has written extensively on the post-Soviet region for publications including Al Jazeera, BBC, Newsweek and Bloomberg.  @leonidragozin

Leonid Ragozin is a freelance journalist based in Riga, Latvia. He has written extensively on the post-Soviet region for publications including Al Jazeera, BBC, Newsweek and Bloomberg.  @leonidragozin
Read more about: Putin

Protesters held up banners reading "No to the usurpation of power" and "We don't need a tsar."
Man of the people

Putin Says He's 'Not a Tsar' After 20 Years in Power

Putin dismissed all comparisons between his reign and that of an imperial ruler, stating that the wishes of the Russian people are his top priority.