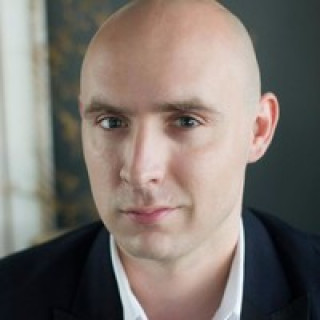 Last weeks’ political dispute between Kosovo and Serbia — generated by a Kosovo-led police drive against organized crime — re-affirmed not only the fragility of the relations between the two countries, but also the combustionary potential of the Kosovo independence issue within the broader Western Balkans region.

The clash erupted to the international stage, drawing in swift reactions from the European Union (EU), the Russian Federation, the United Nations Interim Administration Mission in Kosovo (UNMIK), and the Kosovo Force (KFOR).

The May 28 anti-crime operation resulted in several dozen arrests, including those of a Russian UNMIK official and multiple ethnic Serbs, provoking strong responses from both Serbia and Russia.

While Kosovo leadership quickly moved to soothe tensions, insisting that the police drive had not been motivated by nationality, Serbian President Aleksandar Vučić announced that the country’s military is standing by for an intervention should the need arise, while Konstantin Kosachev, the Chair of the Foreign Affairs Committee of the Russian Federation Council, stated that Russia was ready to support Serbia — should Belgrade issue such a request to Moscow.

The event seemed to follow a well-established “escalate to de-escalate” scenario on the side of Serbia, which has been manifesting regularly during the strenuous talks between Priština and Belgrade even before Moscow sided with Serbia in rejecting Kosovo’s 2008 declaration of independence.

While Serbian Prime Minister Ana Brnabić and President Vučić are aware that Serbian territorial claims to Kosovo are becoming a relic of times past, both use any opportunity to politically instrumentalize the Kosovo issue for domestic popularity gains.

The decade-long tactic of pivoting towards Russia whenever Serbia’s regional interests collided with the demands of European integration enabled Serbian leadership to save face domestically, especially when it comes to highly sensitive issues such as Kosovo, which holds mythological, historical, and symbolical sway over their voting base.

Neither Vučić nor Brnabić want to go down in Serbian history as those political leaders who “ceded” Kosovo, which is a powerful locus of national and ethnic identity for Serbs — Serbia’s founding narrative is centered around the idea that Serbs are supposed to vindicate the Serbian defeat during the Battle of Kosovo, which took place in 1389.

This tactic is representative of the dual face of Serbian foreign and trade policy, constant for the majority of the 21st century: on the one hand, Serbia understands that the only road to sustainable growth is for the country to join the EU-28 bloc, on the other hand, it leverages its traditional relations with Russia as an instrument for exerting pressure and capturing potential concessions from its Western partners.

Such a contradictory foreign policy is tailor-made to suit the needs of Serbian nationalism; as leaders can switch between positions depending on their assessment of the political moment at home.

However, while Serbian leadership tends to attribute deep historical and emotional motivation to Russian support, the evidence to back up such a reading of Russian political action in the Western Balkans from the 1990s onwards is mixed. Especially in the post-Soviet era, Moscow has demonstrated that it adheres to pragmatic and realpolitik standards when it comes to relations with Belgrade.

The post-2007 thawing of relations between the two countries can be partially attributed to Russia’s growing appetite for, on the one hand, preventing the occurrence for precedents that could endanger Russia’s interests when it comes to its own extraterritorial disputes and, on the other, restoring its former geopolitical influence in the region.

Russia’s defense of the principles of sovereignty and territorial integrity can thus be linked to its geopolitical interests in its own border regions.

Escaping the Kremlin’s Embrace: Why Serbia Has Tired of Russian Support

The West has shown restraint in dealing with the Serbia-Kosovo issue throughout the last decade, hoping that Vučić could play a role as a factor of stability in the region. Now, with the relations between Russia and the West degenerating at an alarming pace and with Vučić’s increasingly frequent meetings with the Kremlin, the patience of Serbia’s Euro-Atlantic partners is wearing thin.

What if the West — frustrated by decades of Serbia’s divided loyalty — decides to re-direct its future development support for Serbia and Kosovo to only Priština post-2020? What if the EU — disappointed by Serbia’s role in the region – decides that Kosovo could be a more reliable partner moving forward, potentially prioritizing Kosovo’s EU accession over Serbia’s?

Serbia’s shifting foreign and trade policy always had an expiration date. If Vučić and Brnabić are not careful, their flirtation with Russia could sever Serbia’s EU path. Russia has, to this day, not provided Belgrade with a real alternative to the EU’s integration and development framework. Therefore, the dilemma that Belgrade presents to its people is a false one — there can be no prosperity and stability for Serbia outside of the EU-bloc. The fact that Serbia continues to resort to its “pivot to Russia” playbook in 2019 could bring about the steady marginalization of its current leadership in the Euro-Atlantic context.

It is time for Serbia to unambiguously state its future aspiration and political orientation. If it fails to do so, the price to pay will likely come about in the form of a rude awakening — paired with shattered illusions when it comes to any alternatives outside of Europe.

Thanks for signing up!
Read more about: Serbia

As long as Serbia lacks a solution to the Kosovo dispute that it can sell both to its international partners and to people at home, it will continue to...
Old Friends

Russia counts the Serbian government among its allies.
opposite directions

Serb leaders have said that EU membership is a priority. At the same time, Serbia has historic and religious ties with Russia.