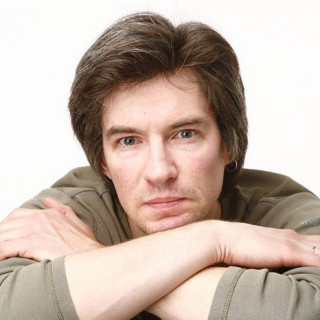 “Today is not a day, but an extravaganza: Moscow rejoices!” — thus reads a 1953 quote by Russia's famous poet Alexander Raskin, marking the beginning of the period commonly known as the thaw.

Though it isn’t a completely accurate analogy — the quote goes on to mention the opening of GUM and the death of NKVD chief Lavrentiy Beria — this week, the Moscow artistic crowd once again had reason to rejoice.

Serebrennikov, the artistic director of the Gogol Center and one of Russia’s leading artistic minds, has been accused of embezzling funds allocated for the “Platforma Project,” which was produced in tandem with the Seventh Studio theater company.

Together with Yury Itin (the former director of the Seventh Studio company) and Sofia Apfelbaum (youth theater director), Serebrennikov is still subject to travel restrictions, but is now finally allowed to return to work.

Though really, during his period of house arrest Serebrennikov never stopped working at all: after his arrest on May 23, 2017 Serebrennikov has produced two plays at the Gogol Center (“Little Tragedies,” which was nominated for a Golden Mask award, Russia’s national theatre awards), the ballet “Nureyev” at the Bolshoi theater (also nominated for a Golden Mask award) and the film “Summer,” which was shown at the Cannes Film Festival.

Various officials, who attended many of Serebrennikov’s high-profile premiers, claimed they have nothing against contemporary art, and that it’s up to the court to figure out what’s going on.

The court proceedings themselves often felt like a Serebrennikov play — both journalists and figures from the theater world attended the proceedings at various courts as if attending premieres. They went in hoping for a miracle and each time left with baffled expressions on their faces. There were no miracles.

All of the defense’s arguments were quickly dismissed and the proceedings became more and more reminiscent of an absurdist theater.

The only sigh of relief came when Aleksey Malobrodsky, the former producer of Seventh Studio, was transferred from a detention center to house arrest. This was a small victory for humanity: at the time, Malobrodsky was suffering from serious health problems.

Now, there has been a small victory of common sense over repressive logic.

After all, there’s no way that Serebrennikov, Itin and Apfelbaum can flee the country — they don’t have international passports — and they can’t in any way influence witnesses who have already been questioned. What was the point of extending their house arrest?

And then, at last, one of the higher-ups came to his senses and said: well, all right. Enough is enough.

We know that this moment of rejoicing could be replaced by a new shock at any time.

That it is not really springtime and that there is no real thaw yet. After all, it was raining on the day of his release.

But the fact that three people can once again take a walk in that rain, wherever they’d like to go — down any of the city’s lanes, to the theater, to see their friends — that in and of itself is a reason to celebrate.

And hey, it might even be reason for an extravaganza.

A Russian version of this article was originally posted in Vedomosti

Oleg Zintsov is a columnist at the Vedomosti business daily.

Oleg Zintsov is a columnist at the Vedomosti business daily.
Read more about: Opposition

It was not immediately clear why Navalny had been detained.
weekend profile

Yegor Zhukov Wants to Be Russia’s President One Day

The figurehead of the crackdown on Moscow’s summer protests says he’s just getting started.
final arguments

‘The Darker My Future, the Wider My Smile’: Student Protester Zhukov’s Closing Statement

Yegor Zhukov, 21, faces up to five years in prison over this summer's opposition protests in Moscow.
PUBLIC OPINION

Police have carried out nationwide raids against the prominent Kremlin critic and frozen bank accounts.