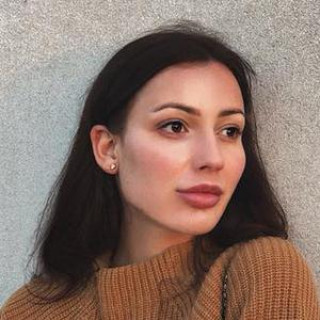 On Feb. 7, Reebok’s Russian branch launched an ad campaign on social media with the hashtag #OutofControl.

The quotes Reebok used as campaign slogans — “I covered my nipples so that you won’t cut yourself” and “When I hear people say that a man needs to take care of his woman, I feel like I’m being put into my own grave” — provoked heated discussions on Russian social media.

After a storm of negative reactions, the slogans were quickly deleted from social media along with the campaign’s most scandalous quote: “Don’t sit around waiting for a man’s approval — sit on a man’s face.”

First, it’s important to understand the meaning of the expression “facesitting.” According to the Urban Dictionary, facesitting is “a sexual practice in which one person sits on another person’s face to achieve pleasure.” This type of sex is not limited to only one gender — ”facesitting can be done by both wоmen and men.”

The phrase “sit on a man’s face,” therefore, is not a direct insult to men and is by no means derogatory. Instead, the ad features this expression as a way to show its author’s sexual preferences.

The provocative slogan — which, of course, will continue to circulate the internet despite the fact that it’s been officially deleted from Reebok’s account — sends an important message that reflects the increasing desire of Russian women not to cater to men’s wants.

“Waiting for a man’s approval” is a deeply ingrained way of thinking in Russian society. In the media and in popular culture, women are “taught” various ways to win over a man and hold on to him, even if this comes at the cost to their wellbeing.

The first part of the Reebok slogan urges women to stop trying to be desirable to men. The second suggests the importance of prioritizing your well-being.

Reebok Russia’s marketing director Alexander Golofast — who ultimately resigned over the ad — tried to make exactly this point of view after the ad’s publication:

“‘Don’t sit around waiting for a man’s approval — sit on a man’s face’” is not a quote about violence. It is a quote about achieving a mutual level of pleasure, between both a woman and her partner. We’re not referring to degrading men here, but instead encouraging everyone to loosen up a bit and fight stereotypes alongside strong women.”

First and foremost, the ad shows that the Russian public isn’t prepared to talk about sex. Most people were upset by the reference to sex and considered the phrase “sit on a man’s face” offensive, unacceptable, and disgusting. This speaks to the fact that sex — especially female pleasure — remains an “indecent” topic in Russia.

The third problem — not quite as serious, but still telling — is that in Russian culture, jokes about sex are only “funny” if told from a male perspective. A small percentage of viewers, in fact, did interpret the ad as Reebok intended it to be interpreted — as a way to poke fun at the seriousness and pathos of motivational phrases often found in athletic ad campaigns.

Yes, the ad contains a message about female independence, but it wasn’t meant to be received with such seriousness.

It’s important not to forget that the ad’s main goal was to grab people’s attention, evoke an emotional reaction, and increase brand awareness in order to sell more products. This task is becoming increasingly challenging in the age of social media, and companies are constantly putting their reputation on the line.

The reactions to Reebok’s provocative ad showed that its audience is not ready for this kind of campaign and for an open conversations about sex.

A version of this article was originally published at RBK.

Yulia Vakhonina is a columnist at RBK.

Yulia Vakhonina is a columnist at RBK.
Read more about: Women , #Metoo

The claims are the latest in a string of harassment scandals at some of Russia's main liberal media outlets.
CONSERVATIVE SOCIETY

2 Out of 3 Russians Opposed to Female President – Poll

Both male and female respondents were opposed to a woman in the top job.
#Metoo

The woman says she was raped by an editor after a newsroom party.