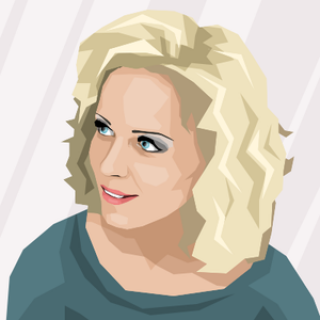 Russia has another “grey cardinal.” The reclusive Yevgeny Prigozhin has taken the place of Igor Sechin, the austere head of the state oil company RosNeft. The fear that Sechin strikes into the Russian elite has earned him the nickname “Darth Vader.” For many years, Prigozhin was an obscure figure in comparison. Yet he now surpasses Sechin in terms of the sheer murkiness of the rumours surrounding him, which concern court intrigues, murders, wars, and other “sensitive operations.”

This may not be surprising; the rotation of lead characters in any political drama often come to reflect deeper transformations in the regime itself. Today, the Putin regime has an increasing need for those shadowy intrigues and murky escapades on the level of both foreign and domestic policy. Yevgeny Prigozhin fits the bill, for he is “special operations” personified.

“All my chefs are members of the Federal Protective Service. They’re military men of various ranks. I don’t have any other chefs. Let’s be clear, so there’ll be no need for us to return to this topic in future. If somebody wants to apply labels to others, they are free to do so, and there’s nothing wrong with that." This was how Putin chose to answer a question from the prominent journalist Ilya Azar about the “chef” Yevgeny Prigozhin.

What started as Putin’s spirited defence of his friend became a strong criticism of journalists (the topic of discussion was the murder of Russian journalists in the Central African Republic.) The president’s answer contained no important details nor new information, but it did a good job of demonstrating his warm personal relationship with Prigozhin, who sees the term “chef” as insulting. But who is this “chef” really?

Yevgeny Prigozhin isn’t a businessman in the traditional sense. He wasn’t among those who enriched themselves during the period of privatization in the 1990s (compared to the oligarchs of the day, he was merely a small businessman with ambitions.) Neither was he one of those who gained control of important assets under Putin (such as, for example, the presidential advisers Alexey Miller, Igor Sechin, or Sergey Chemezov.)

Unlike many others, he didn’t chase after huge profits. Instead, he sought the opportunity to serve those in whom he felt had big political futures. Without much in the way of education, but some criminal background, he started out by selling hot-dogs. By the mid-1990s, he had achieved significant success and made good money. The opportunity to serve high-ranking state officials became his ticket into high politics.

The essence of Prigozhin’s activities are not so much an effort to provide services, but instead to guess what exactly “the boss” might want, including the most delicate commands and requests. In demonstrating his lack of squeamishness in tackling the most unsavoury kind of jobs, he built up a network of technical staff (such as drivers and security guards,) and was well-placed to offer his services to Putin.

Among these services was the notorious “troll factory,” according to Andrey Mikhailov, who spearheaded Prigozhin’s media empire. Last year Mikhailov told Novaya Gazeta that the idea originated with the cook himself. It was probably in 2013 when, in keeping with the renewed political interest in all things digital, Prigozhin decided to launch a wide campaign across social networks to promote Russia’s interests in “problematic countries.”

It’s a convincing story. Prigozhin probably not only understood all too well what kind of assistance the Kremlin needed, but also grasped the complexities and possible awkwardness of the Kremlin undertaking such “projects” itself. Thus Prigozhin succeeded in making himself “useful.” Putin liked the idea and the approach.

For years the president had castigated the Americans and the West for interfering in Russia’s internal affairs, and now it seemed like Russia had something to respond with. It’s possible that Prigozhin never received any direct assistance from the Kremlin, but that the president’s goodwill towards him helped open the right doors and secure the necessary funds.

Prigozhin was willing to work surreptitiously, informally, and as efficiently as possible, and to carry out his task “at any cost.” These qualities certainly made him attractive to those who were limited by legal constraints to their work, such as military commanders. Following the Russo-Georgian war of 2008, Russian generals became increasingly interested in informal military structures which could act dynamically and be disbanded without any formalities or delays.

Recent revelations by The Bell about private military contractors (PMCs) perfectly revealed the ties between the Russian state and figures who have become, in effect, Putin’s semi-official representatives. The article states that the General Staff of Russia’s Defense Ministry first came up with the idea to work with PMCs.

The General Staff then apparently reached out to Prigozhin who was, understandably, far from happy about this new “duty.” Gradually, the PMCs multiplied and started to play their own roles, which often conflicted with the interests of their official partners in the military (in 2017, such disagreements even led to a conflict between the Defense Ministry and Prigozhin concerning operations in Syria.)

These days, Prigozhin has emerged from the shadows to become a high-profile political player. This could have negative consequences for his future prospects, as his new publicity harms his ability to act behind the scenes, which is his key function.

At the same time, Prigozhin has gained new political clout: for example, he is present at meetings between the Russian military’s top brass and Libyan Marshal Khalifa Haftar. Prigozhin also supervises the work of Russian military advisers in the Central African Republic, and organises sensitive missions in times of crisis, such as in Venezuela.

What we are seeing today is essentially the legalization of Prigozhin’s activities, which have significantly outgrown his moniker as “Putin’s chef.” An important point is that, despite his state contracts to supply food to schools and the army, Prigozhin never became a fully-fledged businessman.

His special niche lies in his ability to meet the authorities’ growing need to exert influence and power indirectly, a strategy which is becoming more and more obvious. The lucrative catering contracts are simply the authorities’ way of showing gratitude to Prigozhin.

Gangster Geopolitics: The Kremlin’s Use of Criminals as Assets Abroad

However, a turning point is coming; rather than Prigozhin predicting the authorities’ needs and offering his expertise, the authorities could come to have a far more extensive and systematic need for such “special services,” especially when it comes to sensitive foreign policy issues. This could lead to a transformation in relations between Putin and Prigozhin.

On the one hand, their ties could deepen, but on the other hand, the “president’s chef” could become more autonomous in relation to the GRU or Defense Ministry in general. This could plant the seeds of increased tension in the future.

Perhaps today Prigozhin is following the same steps Igor Sechin did before his rise to prominence. After initiating a criminal case against Mikhail Khodorkovsky, Sechin came to lead the company of the man he defeated.

Having gone public, Prigozhin will inevitably strive to add a veneer of respectability to his influential status. However, that prospect will no doubt frighten many of Putin’s entourage, all the way from military commanders and heads of the secret services to professional diplomats (in whose field Prigozhin plays an increasingly important role.)

Prigozhin’s involuntary emergence and the ambiguous situation which followed have provoked a strong international reaction. Thus Prigozhin is not simply an asset (that is, Putin’s tool for carrying out special assignments) — he’s also a source of political vulnerability for the regime. Due to his activities, the Kremlin now faces even more unwelcome attention from independent Russian media, the non-systemic opposition, and its critics in the West.

Is Late Putinism Dead or only Resting? (Op-ed)

Prigozhin’s “problematic” nature is connected to his special approach to “problem-solving,” which extends to setups, provocations, beatings, and allegedly murder. Accordingly, this now toxic reputation has come to affect that of the authorities, and without influential patrons, Prigozhin’s shady escapades are not immune from criticism even in Russia’s most loyal and politically reliable media outlets.

All of the above demonstrates that the phenomenon of Prigozhin is utterly unique to the Putin regime, a regime with an often staggering ability to interweave official and unofficial means of achieving its political goals. Where else but a regime like this could Prigozhin have thrived?

The logic of the Putin regime’s development so far indicates that figures like Prigozhin will sit most harmoniously among the ranks of the new order in years to come, even compared to other businessmen and personal friends of Putin who comparatively legitimately accumulated their wealth.

Nonetheless, the outlook for “Putin’s chef” may not look so sweet.

These men could start to perceive Prigozhin as a threat. As such, he now stands at a fork in the road; one route leads him to legitimization and official status, the other to a collapse of his empire under the onslaught of these well-established “heavyweights’ of the Putin regime.

Tatyana Stanovaya is a political scientist at the Center of Political Technologies. She is a contributor to Riddle, where a version of this article was originally published. The views and opinions expressed in opinion pieces do not necessarily reflect the position of The Moscow Times.

The Putin-Erdogan Deal Poses a Challenge to the West

The Kremlin offers authoritarians a brokerage service based on cynical principles of mutual gain rather than values and allegiances.
opinion Ilya Klishin

Putin Has Achieved Everything He Wanted. But It Will Never Be Enough For Young Russians.

Putin has led Russia into the bright future envisioned by his Brezhnev-era youth.
Power broker

The Russian president said he is not sure if Turkey can get the situation under control.
coincidence?

Navalny said the Kremlin “arranged” foreign transfers to accounts linked to his foundation in order to brand it as a "foreign agent."