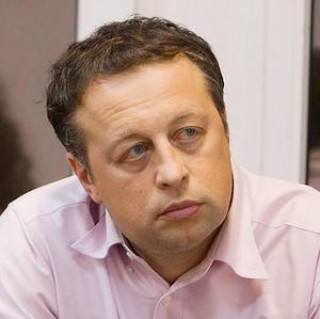 Russians had no choice in the 2018 presidential elections.

Those who wanted to vote against corruption, against Russia’s aggressive foreign policy, against unlimited military spending, against protectionism and isolationism and against archaic governance had no one to vote for.

The authorities barred all candidates who offered a viable alternative from even running. And judging by what happened to election observers, even had they been formally allowed to run, the rigged process would have rendered their participation meaningless. These were not true elections.

However, that does not mean that people have no choice. We make choices every day. And I am not referring to existential questions such as whether to leave Russia or stay and struggle against the ruling regime. Everyone makes choices each day, and these everyday choices might carry even more importance than the presidential elections.

A prominent academic invests his or her time in purging academic works of plagiarism and deliberately falsified information. A senior executive diligently monitors the work of an Elections Commission member. A high-priced computer programmer volunteers for days of work meticulously analyzing election results – even if those findings have no bearing on who ultimately becomes president or mayor. A college student volunteers to travel to another city to serve as election monitor for a day. A personal choice stands behind each one of these acts.

After Putin's Historic Grand Slam, What's Next for Russia?

A theatrical director stages a drama according to the dictates of his craft and personal taste, and not the whims of the Culture Ministry. An author writes without worrying whether the presidential administration will approve of the result. A newspaper editor works as though there were no censorship in Russia. A professor devotes his or her energies to pure science as opposed to opportunistic nonsense.

A university rector prohibits staff from paying to have articles they did not write published in academic journals, even if the result means lower ratings for the institution. An investigator takes a case to court, no matter how prominent and powerful the accused is. A Duma Deputy refuses to work with a colleague who harasses journalists. A government minister diligently serves the public interest and not personal business interests. A businessperson refuses to give bribes, even if it adversely affects profits. An athlete commits to competing without performance enhancing drugs.

Everyone makes choices. A teacher explains to students why copying work or paying someone else to write an essay is dishonorable and ultimately detrimental. Parents explain to their children that war is evil and that no “geopolitical” victories are worth human lives, even if the casualties occur in foreign lands.

Young people decide to read the news for themselves and form their own understanding of events. Viewers switch channels when a raving anchorperson denigrates other peoples and cultures. Sports fans show respect for rival teams and fans, no matter what trophy is at stake. Every day, we can choose to uphold respect and dignity in our lives.

When the people are deprived of the opportunity to freely choose their leader, the personal choices they make become all the more important.

Konstantin Sonin is a professor at the University of Chicago and the Higher School of Economics in Moscow.

The Russian version of this article first appeared in the business daily Vedomosti. The views and opinions expressed in opinion pieces do not necessarily reflect the position of The Moscow Times.

The views expressed in opinion pieces do not necessarily reflect the position of The Moscow Times.
Read more about: Putin , Elections

Some 76% of respondents voted for the package of amendments that would allow Putin to run again in 2024.
Putin

Putin’s Support Drops Below 70% Ahead of Elections

Voters have a contradictory desire for both stability and change.
opinion Leonid Bershidsky

Russia Takes a Step Into the Post-Putin Age (Op-ed)

The nation's course will be charted after the election, but Putin won't necessarily be steering