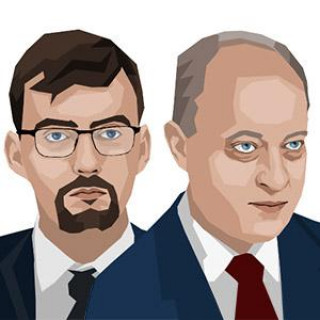 This year is the beginning of a new cycle in Russia’s foreign policy. The result of the upcoming presidential election is quite certain: Polls indicate Vladimir Putin has enormous public support.

Many observers say this means there will be few changes in Russia’s course abroad. Since the end of the Cold War, however, every presidential election has triggered a review of external affairs — both in theory and in practice. The upcoming elections are likely to bring a similar rethink. Russia faces a number of forks in the road, which could determine the direction of its foreign policy.

Relations with the West are a priority. The United States and the European Union this year will increase pressure on Russia via sanctions, military deterrence and information warfare. Russia will respond in kind, though the balance of power is significantly skewed in the West’s favor.

Broadly speaking, the aim of Western countries is to change Russia’s approach to Ukraine. Washington’s goals, however, appear to be much more ambitious. They extend to Russia’s cyber activities, its role in the Middle East, its approach toward human rights and nonproliferation, among others.

The latest U.S. sanctions define Russia as a key adversary, hinting at a desire to destabilize the Russian political system and fragment its elites. A majority of the American elite seems to share this view.

What could Russia’s strategy feasibly be under these conditions? Its first option is to stand tall and adopt a harder line toward the West. The Kremlin understands that sanctions come at a cost, deterrence requires funds and political isolation leads to backwardness. But none of this is fatal to Russia in the short-term.

In reality, pressure from the West increases the Russian leadership’s legitimacy. It gives the country a reason to rally around the flag and to funnel scarce resources into maintaining its position domestically and globally.

Indeed, this could become the leadership’s principle strategy after the elections, especially if Russian decisionmakers believe the existing liberal world order is about to collapse under its own internal problems.

But what if the West survives the current political crisis and then blossoms? Should Russia have a fallback option if a hard line proves too costly to maintain? In fact, Russia has room to maneuver. It can test the waters of a de-escalation in tensions with the West and still avoid having to make unacceptable concessions.

The Russian leadership could test a rapprochement with the West by exploiting the different approaches taken by the United States and the EU.

When Does Russia See Red? (Op-ed)

Washington is resolved to damaging Russia under Putin as much as it can. The EU is more pragmatic. Its aim is to resolve the conflict in eastern Ukraine while making its relationship with Russia more predictable, if not more friendly. With that in mind, Russia could take steps to promote peace in the Donbass via the United Nations peacekeeping operation, for example.

However, trust is a key concern in Moscow.

Would Brussels support Moscow’s initiative? Would this kind of move be sabotaged by Kiev or blocked by Washington? Would the West exploit the Russian attempt at compromise, taking it as a sign of weakness and only increasing its own pressure?

The absence of trust — and the fear of exploitation — could encourage Russia to adopt a hard line, even if it is costly. A lot will depend on Brussels and its ability to show autonomous and mature diplomacy.

This does not mean, of course, that Moscow should try to play the United States and the EU against each other — that is not its business.

U.S.-Russia relations seem doomed to worsen even further. However, even in this nuclear desert there are some tender shoots. Sooner or later, the obsession over Russian meddling in the U.S. elections must calm down.

Newton’s Third Law still applies to international politics: For every action, there will sooner or later be an opposite reaction.

Andrei Kortunov and Ivan Timofeyev are Director General and Head of Programs at the Russian International Affairs Council. The views and opinions expressed in opinion pieces do not necessarily reflect the position of The Moscow Times.

We Can and Must Improve Ties With Russia (Op-ed)

Read more
The views expressed in opinion pieces do not necessarily reflect the position of The Moscow Times.
Read more about: Foreign Policy

Here's what Russia has in store for the world.
opinion Igor Ivanov

The Glass Is Half Full

We should fully reject the concept of Western, or liberal, universalism in favor of developmental pluralism.